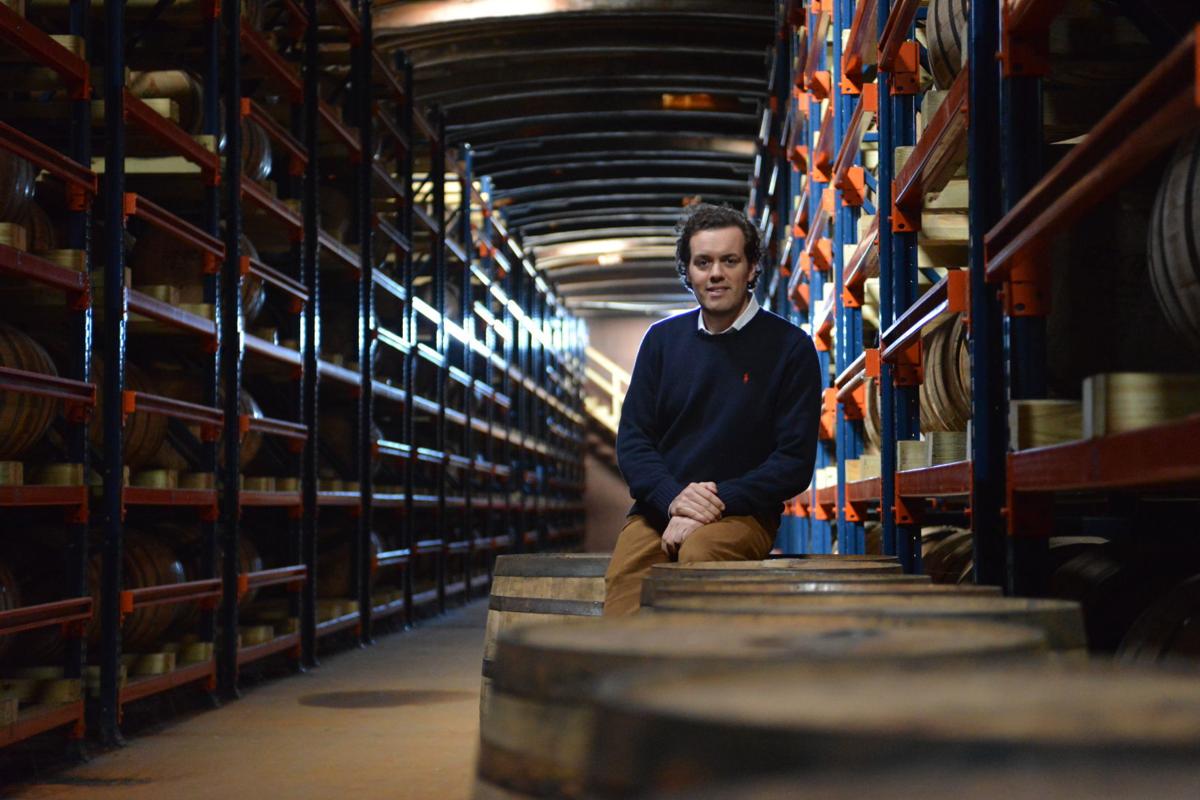 Hank Ingram, founder of Brown Water Spirits, sits in his floating rickhouse off the shore of the Mississippi River outside Wickliffe, where his company has been aging whiskey since 2019. A passion for whiskey and a family history in the river industry paired perfectly to bring Ingram this unique business venture. 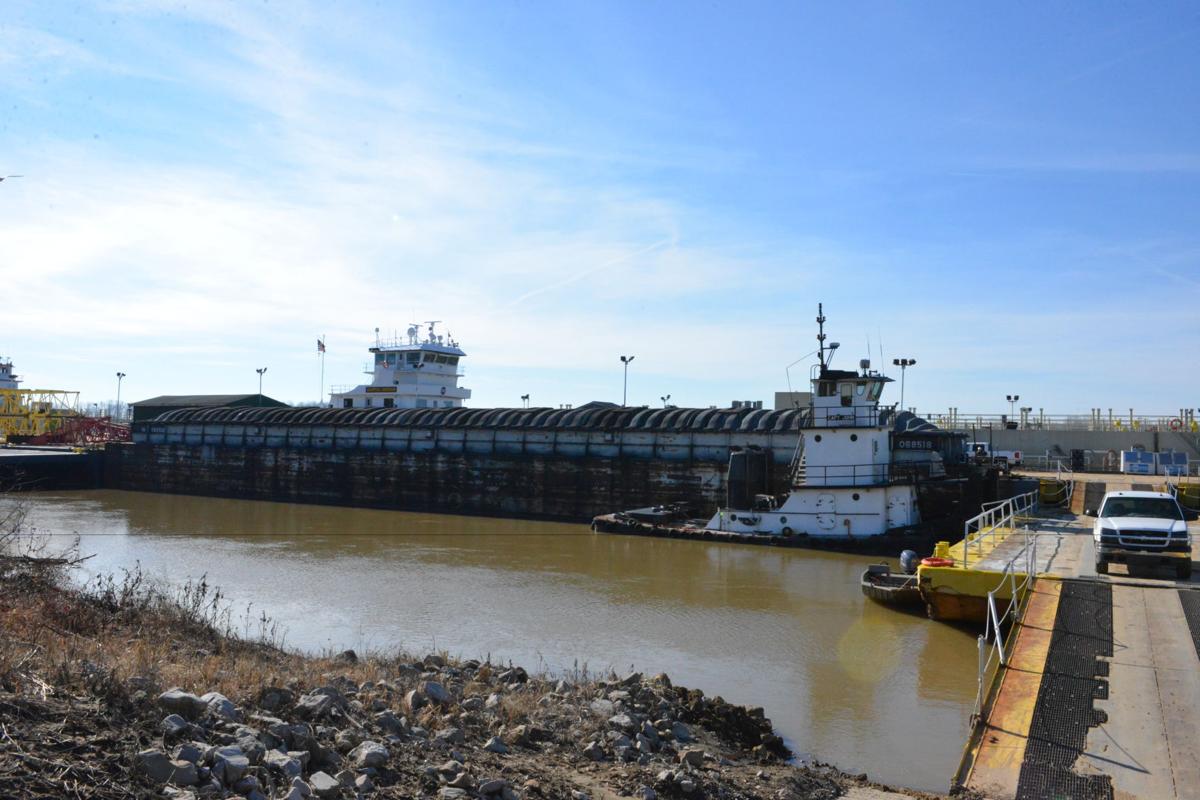 Brown Water Spirits’ floating rickhouse is housed in a barge near the shore of the Mississippi River outside Wickliffe. The unique aging process, Hank Ingram said, gives his whiskey a taste unlike any other. His company has even filed a patent for the floating rickhouse structure, the first of its kind in the world. 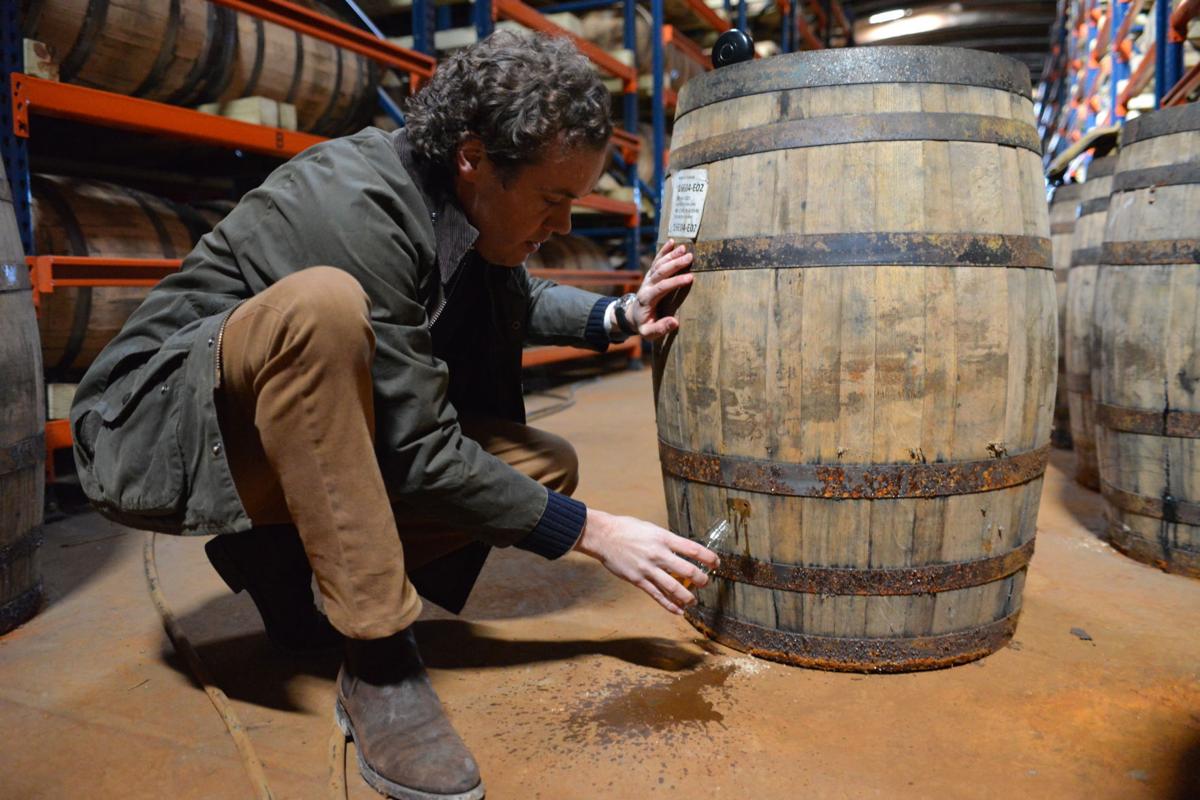 Floating just outside of town, not far from where the Mississippi and Ohio rivers meet in Ballard County, is the world’s first floating rickhouse where Brown Water Spirits is aging whiskey on a barge.

The young company, founded by Hank Ingram in 2015, is hoping to make waves with its O.H. Ingram River Aged Whiskey.

This isn’t the first time an Ingram has had a business on a waterway. His family has a storied legacy in the river transport industry having owned and operated Ingram Barge Company since 1946.

“I wouldn’t be in this business if the stars didn’t align,” Ingram told The Sun. “I grew up always thinking I was going to be working with barges and towboats.

“It wasn’t really until I was at a bourbon tasting a few years ago just by sheer happenstance and they started talking about all of things that it takes to be bourbon and the craftsmanship that goes into it that it awakened a passion in me.”

Many historians credit Kentucky’s waterways and the rise of steamboat transportation with the proliferation of bourbon in culture, as distillers would ship their wares downriver on the Ohio and the Mississippi to New Orleans, where it would find a market and grow in cultural stature.

The story of bourbon, its rise to popularity in the United States, and its relationship with shipping and the river, is something that resonated with Ingram.

“I heard that story and I thought, ‘We send stuff down the river all the time,’ ” Ingram recalled. “Why can’t we send a couple barrels of bourbon and see what happens?”

The answer to that was that a federal statue prevents the warehousing of spirits on a moving vessel. A recent U.S. Supreme Court decision provided Ingram with the legal means to age whiskey on a stationary barge, using it as a floating rickhouse to age spirits distilled in Owensboro. Brown Water Spirits currently has a patent filed for the design of this unique structure, the first of its kind in the world, which took shape in 2019.

Just how the river-aging process makes his whiskey special, Ingram said, boils down to three things: the humidity, the temperature and the motion of the river.

The humidity coming off the river keeps the barrels from drying out in the high summertime heat, which can reach 125 degrees, while also keeping the sugar in the spirit “really active.” In turn, the water underneath the barge acts like a heat sink, pulling the heat from inside.

More key to the process is the motion of the river, which he feels adds a unique flavor.

“The way whiskey works is the barrels are charred on the inside. In a traditional rickhouse the whiskey is just sitting there in the middle, the stuff that’s actually aging is on the outside,” Ingram said. “By introducing this gentle rocking motion we’re constantly keeping the whiskey just churning ever so slightly. The whiskey is interacting with more of the char inside.”

A weighted pendulum, known as a plumb bob, has a place in any rickhouse. Usually it’s used to be able to balance the building as heavy barrels are rolled and stacked throughout, aiding distillers in avoiding a possible collapse. In Ingram’s floating rickhouse, he uses the plumb bob to measure the ups and downs of the barge as the river levels rise and fall with the weather and the seasons.

“This is how you can see the magic in action. You can see the path that the plumb bob takes (etching its pattern in the sand). You just imagine that whiskey in the barrels swishing to that effect.”

When asked to describe the spirits coming off the barge, Ingram sounded like he’s reading off a dessert menu.

“I prefer a sweeter palette,” he added. “I love desserts and I want my whiskey to taste that way.”

The straight whiskey, he said, tastes of “crème brûlée crossed with Key lime pie.” His rye, which hit markets this winter, has a caramel undertone to it, while avoiding any wintergreen taste. And a bourbon, which he plans on releasing in the future, has notes of cotton candy and brown sugar.

“Folks buy it for the story and then they taste it and it’s so damn good they come back and get more,” he said.

Ingram’s “Mellowed on the Mississippi” whiskey went on sale to the public in Tennessee, where he currently lives, in October 2020 and the company expanded its sales into Kentucky this winter, with local stores getting their first stock this week.

The biggest obstacle for Ingram and his company so far, he said, has just been keeping up with consumer demand.

“The way we make our whiskey takes time and a lot of attention. As a result, it’s a bit of an exclusive product,” he said. “We just can’t get whiskey to everyone yet. We’re starting with Tennessee and Kentucky for now but look forward to the day when we can expand into other states. The great news is we’re growing, the bad news is we’re growing.”

He one day hopes to “have a whole fleet of these things lined up along the bank and maybe we could set up a tasting room here in Wickliffe. I think we could have a lot of fun with this town.”