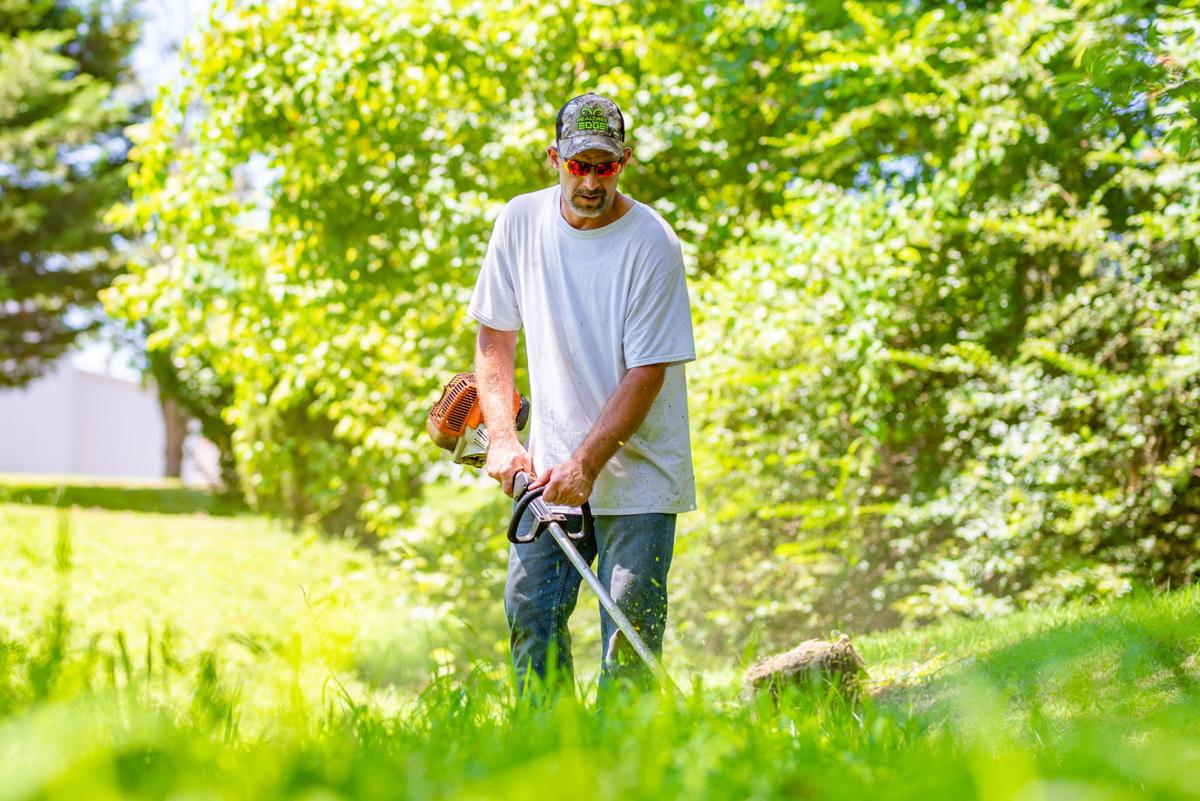 Michael Miracle, a graduate of vocational training at the McCracken County Jail, performs maintenance work in Grand Rivers on Friday. Miracle praised the programs instituted by Jailer David Knight that aim to help inmates reenter the workforce and cope with life situations following their release. 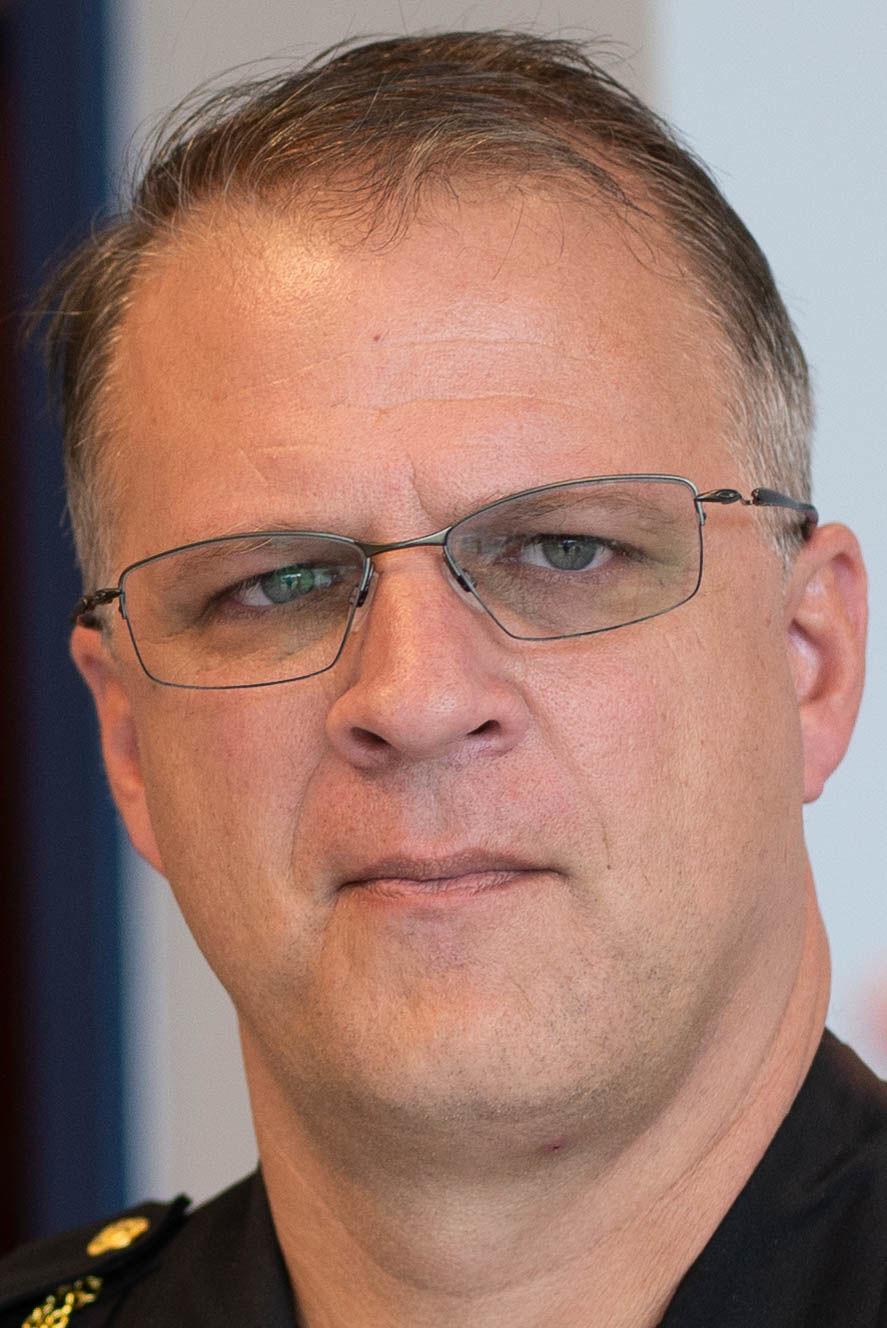 Michael Miracle doesn’t have any ties to west Kentucky. Moved to the McCracken County Regional Jail after his prisoner status was downgraded, Miracle forged his local relationships through the jail’s work release program.

During his time in the jail, Miracle, 42, took advantage of the facility’s vocational training and life skills classes, graduating with a welding certificate, and upon his release last week, immediately started a job doing maintenance work in Grand Rivers.

“I don’t think nothing really prepares you for coming out,” said Miracle, who spent three years incarcerated.

“It’s a whole brand new thing for me.”

Though he’s not using his welding certification at his current job, Miracle said that class and the associated courses at the jail gave him a skill to fall back on if he ever finds himself without work.

“I’m glad to have a job. Hopefully a year from now to five years, I’ll still be here.”

Miracle is one of 16 McCracken inmates to have completed vocational training and been released. According to jail administrators, none of those 16 have returned to jail.

One graduate of the welding class, who had not been released, has been charged with escape and theft for allegedly stealing a car and driving away while on a work detail.

Since assuming the role of jailer in January 2019, David Knight has instituted courses in welding, deckhand training, HVAC and electrician work, all funded by inmates’ commissary money. The jail graduated its first class of welders in September.

“We’re very pleased with it,” Knight said Thursday. “We expected there to be some success rate, but we didn’t expect it to be this high.”

While he acknowledged the results are early, Knight said he hopes the success of the programs thus far, and the attention the programs have received at state and national levels, can provide opportunities to expand the available programs to more inmates, and even add new programs in the future. The jail also is pursuing some grants to improve and expand programs.

“There’s lots that we’d like to do. Carpentry’s one of them,” Knight said.

“We’d like to get really good at what we’re doing with these (current programs) before we get too big.”

Deputy Jailer Arnie Puckett, who administrates the programs, said he makes sure to check up on the graduates regularly, and said of the 16 released graduates, only four aren’t currently employed, in part due to the COVID-19 pandemic.

Puckett said much of the work programs’ success depends on the cognitive skills classes that participants in the vocational training are required to take.

“Without that, these guys probably wouldn’t survive.”

Puckett said that, while helping the individual inmates is important and worthwhile, the success of the program reaches far further.

“The true success is the family units that have improved because of this,” he said.

“If you can positively affect a family ... that’s probably more rewarding than anything we’ve talked about.”

Puckett said he hopes McCracken’s successes can serve as an example for other facilities across the state and country considering starting similar programs.

Richard Mayhugh, 48, said his participation in the deckhand program gave him skills he’s using at his current job working at a rock quarry, which he was able to start right upon his release from a six-month incarceration.

“I took a lot of what they taught me,” he said. “It helped me a great deal and got me right into a job.”

Mayhugh said he would recommend participation in the vocational program to “everybody that has the opportunity to take it.”

“If you practice what you learned in the classes, it will help you stay out of trouble,” Mayhugh said.

Miracle isn’t bothered, and even prefers living somewhere he has no connections with — he’s got no desire to get back in with the old crowd of the people he did drugs with and sold them to.

“I want to make a positive impact wherever I’m at,” he said.