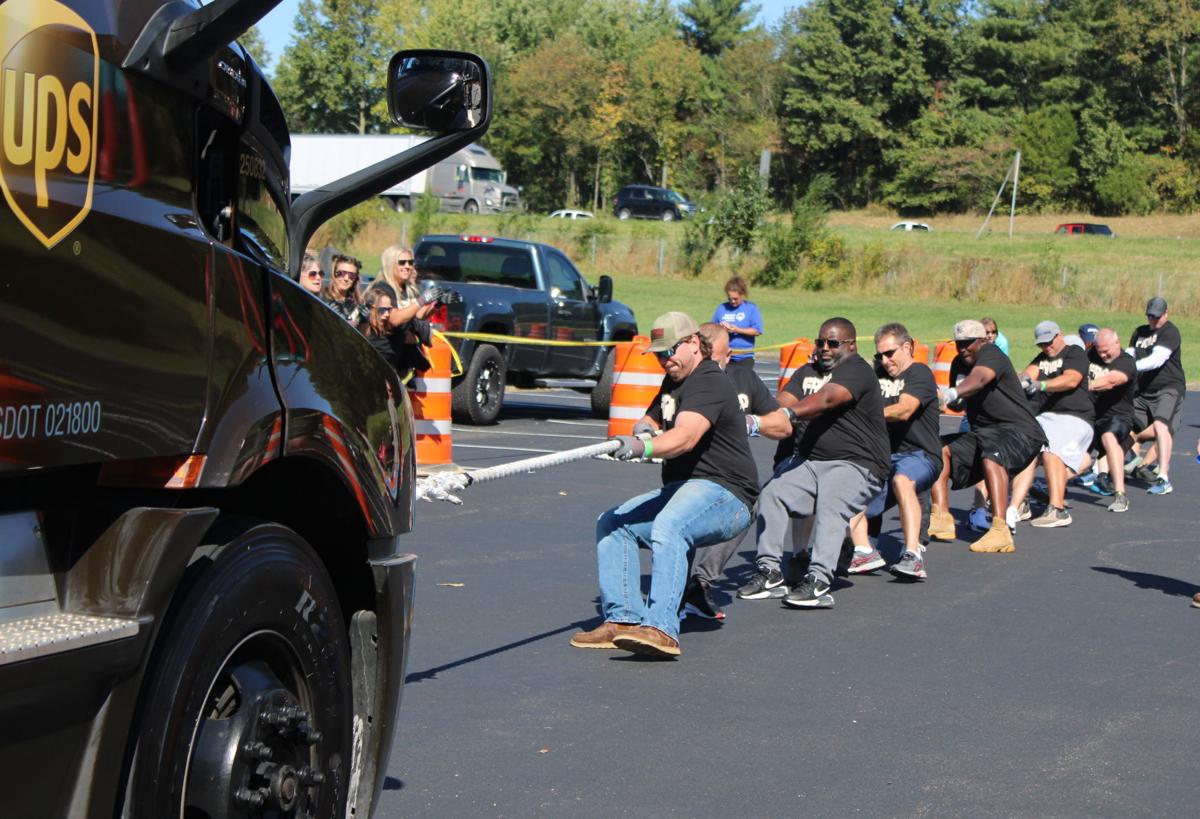 The FRNP Pull Platoon got the job done with a best pull of 5.93 seconds to win the Big Brown Truck Pull men’s division. McCracken County Special Olympics raised $36,000 through this year’s Truck Pull. 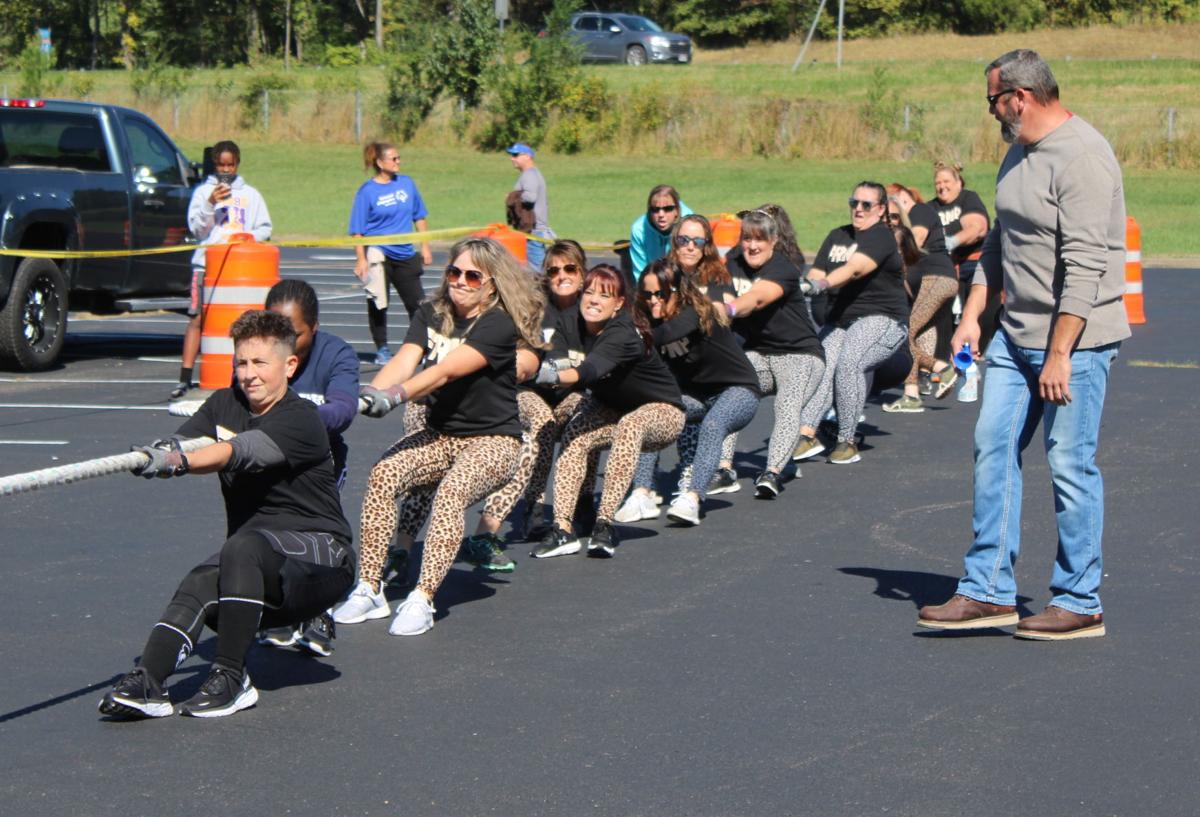 The FRNP Mother Truckers won the women’s division with a best time of 9.09 seconds, attained on its third pull.

The 13th annual Big Brown Truck Pull held at Heartland Church on Saturday hauled in $36,000 for the local organization.

Eleven teams raised money to be able to make two pulls in an effort to pull the truck 12 feet in the fastest time. Each team had a $750 donated entry fee — $50 for each of the 15 team members. For an extra $1,500 donation, teams were awarded a third pull.

Jeanna Keith and Debra Shockley of McCracken County Special Olympics were pleased with the turnout and the result.

“Our goal, originally, was $30,000,” Keith said. “So, we did exceed our goal. It was smaller this year than it has been, but it’s also not downtown, where we get the traffic.”

“It was awesome — beautiful weather,” Shockley said. “We thank everyone who participated for coming out and helping our organization.”

Teams took part in one of three categories: men’s teams, women’s teams and coed teams, which had to have at least six of its members be women.

UPS Brown Bullies showed they could have their truck and pull it, too, by winning the coed division with a best pull of 7.12 seconds on its third pull. Other teams that had three pulls — and got their best times on the third pull — were the FRNP Mother Truckers and Mighty Moms.

The McCracken County Special Olympics delegation got the first pull of the day and finished with a best pull of 6.07 seconds, winning the youth division.

The results of the 13th annual Big Brown Truck Pull, with teams and their best pull times in seconds, were:

Photos of this year’s event can be found under “Galleries” at paducahsun.com.