The former Augusta Tilghman High School building on Walter Jetton Boulevard is now being renovated, and will eventually have 42 affordable housing units and space for the Paducah Symphony Orchestra. 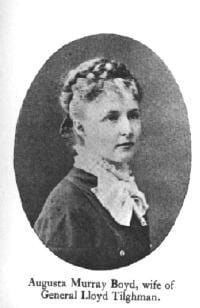 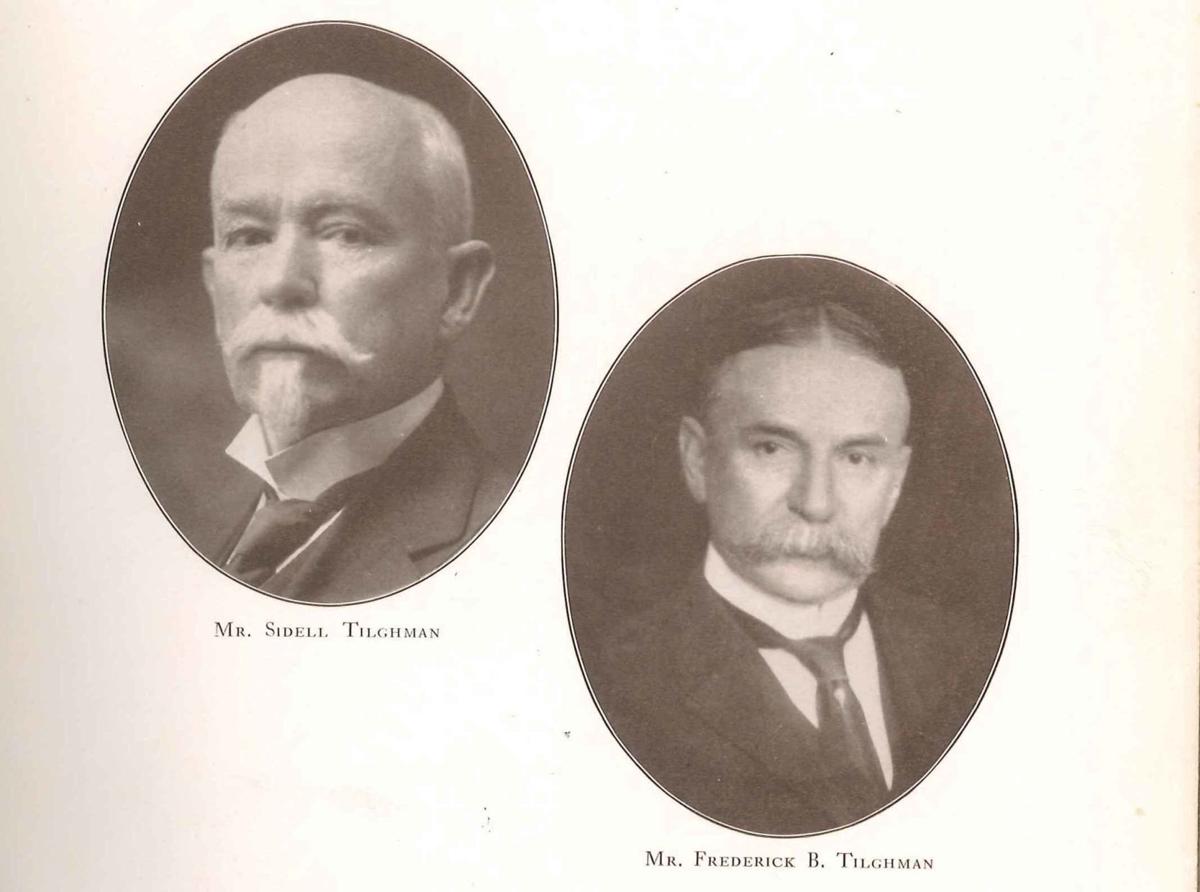 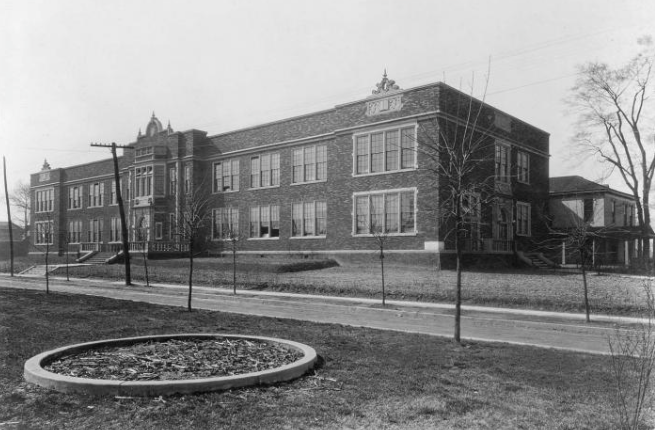 Augusta Tilghman was a wife and mother. She moved to Paducah in 1852 with her husband Lloyd, who was a railroad engineer before defecting from the Kentucky State Militia and becoming a general in the Confederate Army.

Two of her sons, Frederick and Sidell, would go on to become successful, millionaire stockbrokers in New York and used portions of their fortunes to honor their parents in the town they spent the majority of their childhood: Paducah.

The monument honoring their father’s controversial legacy still stands at Lang Park. The Tilghman brothers then bought property to donate to the city for a new school. The donation came with one condition: the school that would be built on the property would be named after their mother, Augusta Tilghman.

The school building on Walter Jetton Boulevard, which served junior high and high school students for nearly 60 years, first opened its doors 100 years ago on Sept. 19, 2021.

Not much remains that documents details of the life of Augusta Tilghman, and much of what is known about her is in relation to her husband or her two notable sons. Tilghman, born Augusta Murray Boyd, was born in Maine in 1819 and was the last of 15 children. Her obituary, which ran in the Clarksville Leaf-Chronicle in 1898, stated she visited her uncle in New York often, and noted she often met with former President Martin Van Buren when visiting her uncle.

Augusta married Lloyd Tilghman, who by this point had graduated from West Point and became a railroad engineer, in 1843. In her lifetime, Augusta had eight children, according to her obituary, but not all of them survived infancy. The Lloyd Tilghman House & Civil War Museum notes that six of the children lived in Paducah at some point from 1852, when the family moved here, until 1861, when Lloyd Tilghman moved the family to Clarksville, Tennessee.

In 1865, after the deaths of her husband and eldest son in the Civil War, Augusta Tilghman moved to New York City, where she lived the rest of her life. At the time of her death, Frederick and Sidell Tilghman were her only two children still living. The sons had Lloyd Tilghman’s body moved from Vicksburg, Mississippi, to New York so their parents could be buried alongside each other at Woodlawn Cemetery.

One legal document on display at the Lloyd Tilghman museum that does mention Augusta Tilghman is her husband Lloyd’s last will and testament. In the will, written and witnessed in July of 1861, Lloyd leaves his entire estate, including five enslaved people named in the will and property in Arkansas and Kentucky, to Augusta. Lloyd Tilghman, a brigade general for the Confederate Army in the Civil War, died in battle in May of 1863.

Bill Baxter, museum administrator, said at the time, most estates would have passed down to the eldest living male heir unless there was a will in place to indicate the deceased’s wishes to the contrary.

Frederick and Sidell Tilghman, who spent much of their childhood in Paducah, paid for a monument of their father to be created and donated it to the city in 1909. Years later, the sons expressed a desire to have another monument in their childhood hometown, but have this monument represent their mother, according to The Sun archives.

In 1919, the sons came to an agreement with the board of education that the Tilghmans would buy the land intended for a new school. All Frederick and Sidell asked for in return was to name the new high school after Augusta Tilghman.

A handbook from Augusta Tilghman High School in 1952, which the McCracken County Public Library had a copy for The Sun to view, corroborates the school history available in The Sun’s archives. According to the handbook, after having a statue of their father placed in Paducah, Frederick and Sidell Tilghman, “felt that they would not be satisfied until some memorial was made for their mother.”

Wayne Walden, communications coordinator with Paducah Independent School District, said it was the intention of the sons’ donation to have the school named after their mother.

A growing student population once again led the school board to building another new high school building in the 1950s, where Paducah Tilghman High School currently stands.

The issue of what to name the new school dragged on for months in 1954 and 1955. There were discussions of leaving the Tilghman name at the Jetton Boulevard location since that was the land the Tilghman sons donated in honor of their mother, according to The Sun archives. In September of 1954, Augusta Tilghman students overwhelmingly voted in favor of naming the new high school Tilghman High School. Letters poured in to The Sun-Democrat from students and alumni stating they wanted to keep the Tilghman athletic and academic legacy in the community going and keep the Tilghman name on the new high school.

In April of 1955, the school board officially adopted the name Paducah Tilghman High School, combining the names of the previous two high schools in the district, according to an article from The Sun-Democrat.

Walden emphasized the current Paducah Tilghman school name emerged from this compromise, and was not connected with the Lloyd Tilghman.

“Our student population is very diverse, and it would be a significant issue if our school was named after a Confederate general,” Walden said.

JW Cleary, president of the McCracken County NAACP, said while the group had discussions regarding the Paducah Tilghman High School name in the summer of 2020, the group decided not to call for the current school building to be renamed after learning the building was named only for Augusta Tilghman, and not her husband.

Walden told The Sun the school district has not taken any official actions to separate itself from the possible association from Lloyd Tilghman, but said the history and legacy of the school is explained in one-on-one conversations with people who have questions about the school name’s legacy.

Reports from The Sun’s archives indicated the school board of Paducah hired an architect to scout property in the city that would be suitable for a new high school. The high school at the time, Paducah High School, was becoming too small to properly serve the growing population.

The architect’s ideal choice for a new school was the location of the home of Elbridge Palmer and her sister, Frances Gould, referred to in subsequent Sun articles as the Palmer residence. The Tilghman brothers were educated in a schoolhouse located on the Palmer residence property.

Frederick and Sidell Tilghman bought the land the Palmer residence was on and deeded the property to the school board, according to a news story from November of 1919.

The Tilghmans’ land gift, meant to be the home of the new public school, was conditional. According to the application for Augusta Tilghman High School to join the National Register of Historic Places, the gift was contingent upon the passing and ratification of a school bond issue. The issue, which included the acquisition of funds to build a new high school, required a ratification vote by voters.

This, the application notes, became a significant point for women’s history in Paducah. In 1920, women received the right to vote with the passage of the Nineteenth Amendment. According to the application, “[Paducah women] felt strongly about the education of their children and used their newly granted civil liberties to ensure the bond issue would be understood and adopted.” The bond issue was ratified, and the application called the vote “a tremendous success.” In the first election women could be a part of in Paducah, they made up 46% of the vote.

The 1952 handbook indicated the Augusta Tilghman building received more than $200,000 in upgrades through the years, including adding a trade school for boys, a new gymnasium, new classrooms, a home economics department and music rooms in the basement.

A growing student population led the school board to break ground on a new school at a different location. This school would become Paducah Tilghman High School, which opened its doors in September of 1955.

In 1995, the Augusta Tilghman High School building was added to the National Register of Historic Places.

In August, The Marian Group and Paducah officials broke ground on the original campus for “The Dunlap,” which will have 42 affordable housing units and a restored space for the Paducah Symphony Orchestra.