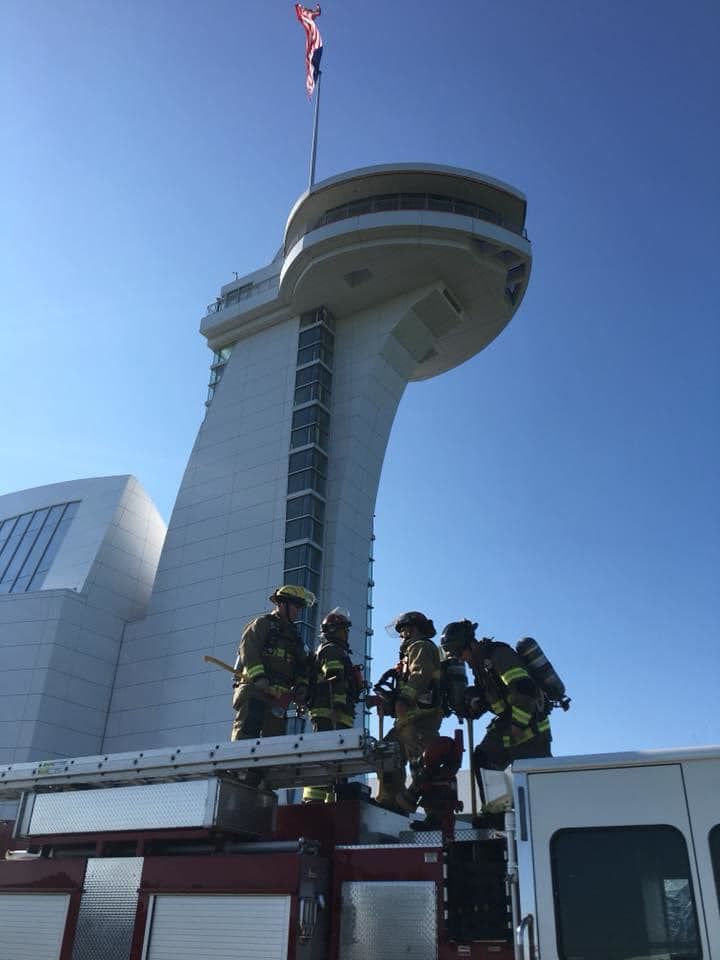 Firefighters will climb the tower in Discovery Park of America 10 times which simulates the World Trade Center towers. The event commemorates the 343 New York City firefighters who lost their lives on Sept. 11, 2001. 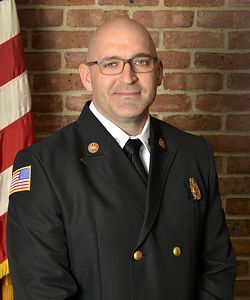 The wound still runs deep for American citizens. The country experienced horrific losses on Sept. 11, 2001, when thousands perished in the attack on the World Trade Center towers.

For firefighters, the deaths of their New York brethren hit a little closer to home, and today many of them will travel to the tower in Discovery Park of America in Union City to take on a difficult and emotional challenge.

Mayfield firefighters are gearing up to attend the Stair Climb and honor the firefighters who died on 9/11, Mayfield Fire Chief Jeremy Creason said.

Participants will climb the tower 10 times in approximately 75 pounds of “turnout gear,” which the fire chief said is “equivalent to climbing the 110 stories of the World Trade Center.”

“This is a great event and very well organized,” Creason said. “It is an honor to gather with other first responders from around the region and pay tribute to those that made the ultimate sacrifice 20 years ago on 9/11.”

It was not clear at the time who from his department would attend, he added.

Lt. Rick Stacks of the Union City Fire Department helps to organize the local event. He said 2021 will be their third year; the climb was canceled in 2020 because of the pandemic. The event was officially sanctioned in 2019 by the National Fallen Firefighters Foundation (NFFF), which Stacks said means all proceeds go to the families of firefighters who lost their lives in the line of duty.

Each firefighter pays $35 to participate.

Stacks described the climb as a solemn “ceremony” to remember the 343 firefighters who died on 9/11.

“It’s just sort of a reverent reminder of what we do and the dangers that we face every day. It’s not something you come into the job thinking you’re gonna do on a daily basis,” he said.

Stacks and Creason both have taken the climb and described it as a difficult undertaking.

“I attended the 2019 Stair Climb, and it is extremely challenging. It taxes both your cardiorespiratory system as well as your strength,” Creason said. “The turnout gear adds a challenge with the additional weight and also the added heat in wearing it. Hydration is extremely important in successful completion of the event.”

Stacks said when participants reach the top, they take a brief 15-20-second elevator ride back down to start climbing again, which leaves little time for rest.

As of Thursday, 64 climbers were slated to make the climb. Stacks said those who have paid to enter Discovery Park of America are welcome to come watch. It’s $16.95 for adults and $12.95 for children age 2 to 17 years old. Children 3 and younger attend for free.

Stacks said anyone wishing to donate can do so at firehero.org.