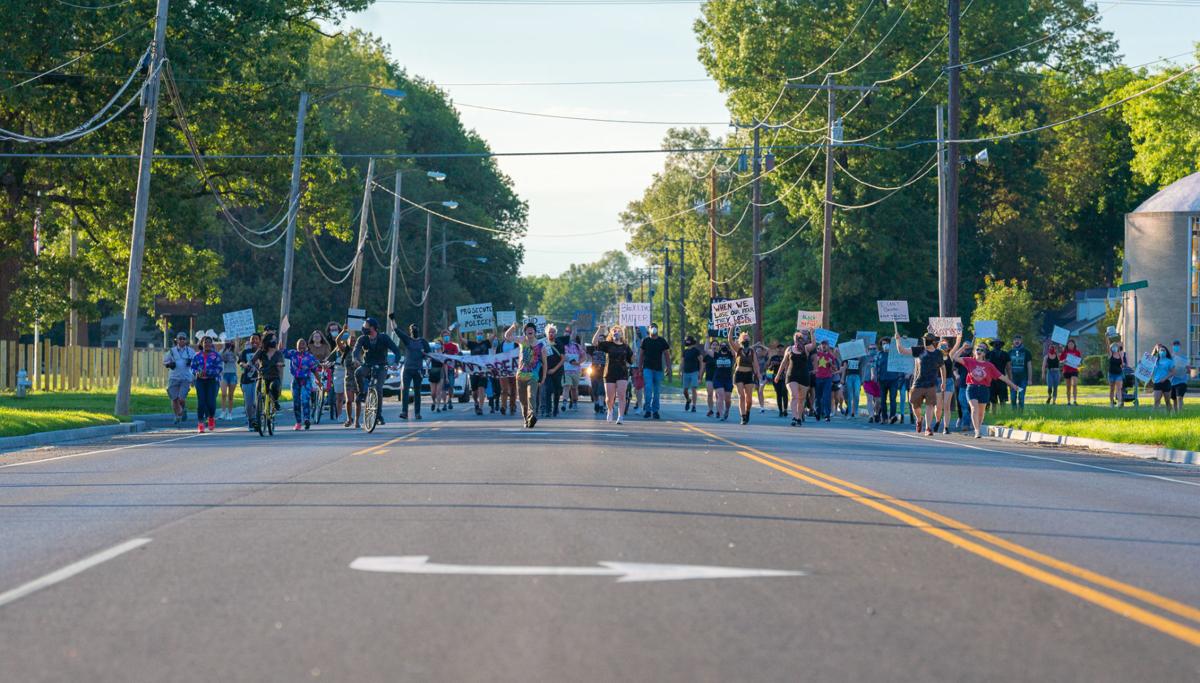 Protesters march down Joe Clifton Drive on Monday evening in Paducah as civil unrest continues in cities throughout the country. Monday’s protest followed a much larger one that took place in Noble Park on Sunday, drawing as many as 1,000 participants to speak out against racism and police brutality. 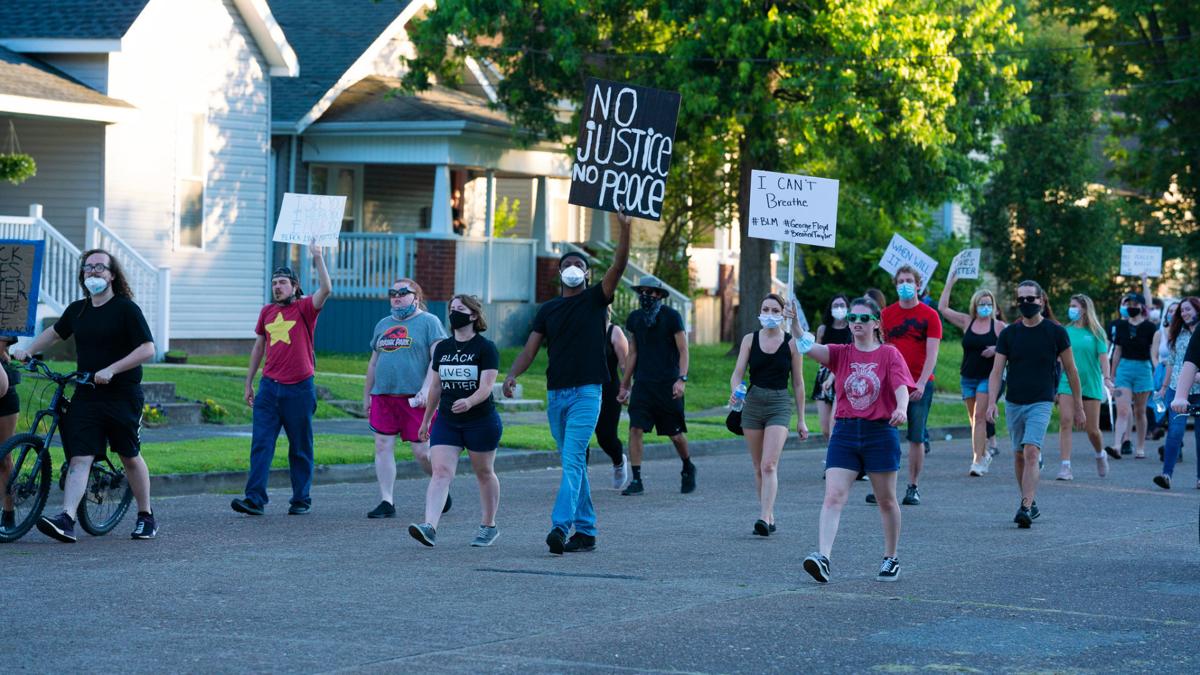 Protesters hold signs Monday evening in Paducah during the second straight day of local demonstrations, in the backdrop of escalating rallies across the commonwealth and U.S. 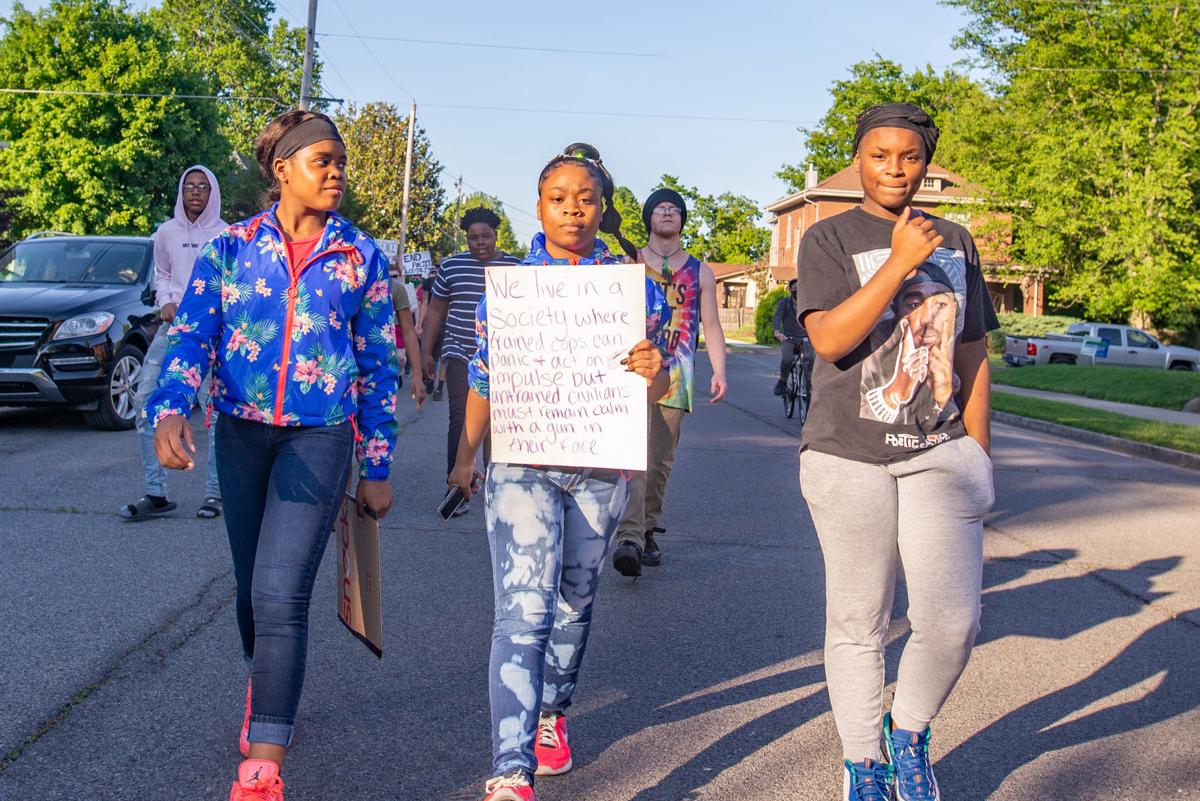 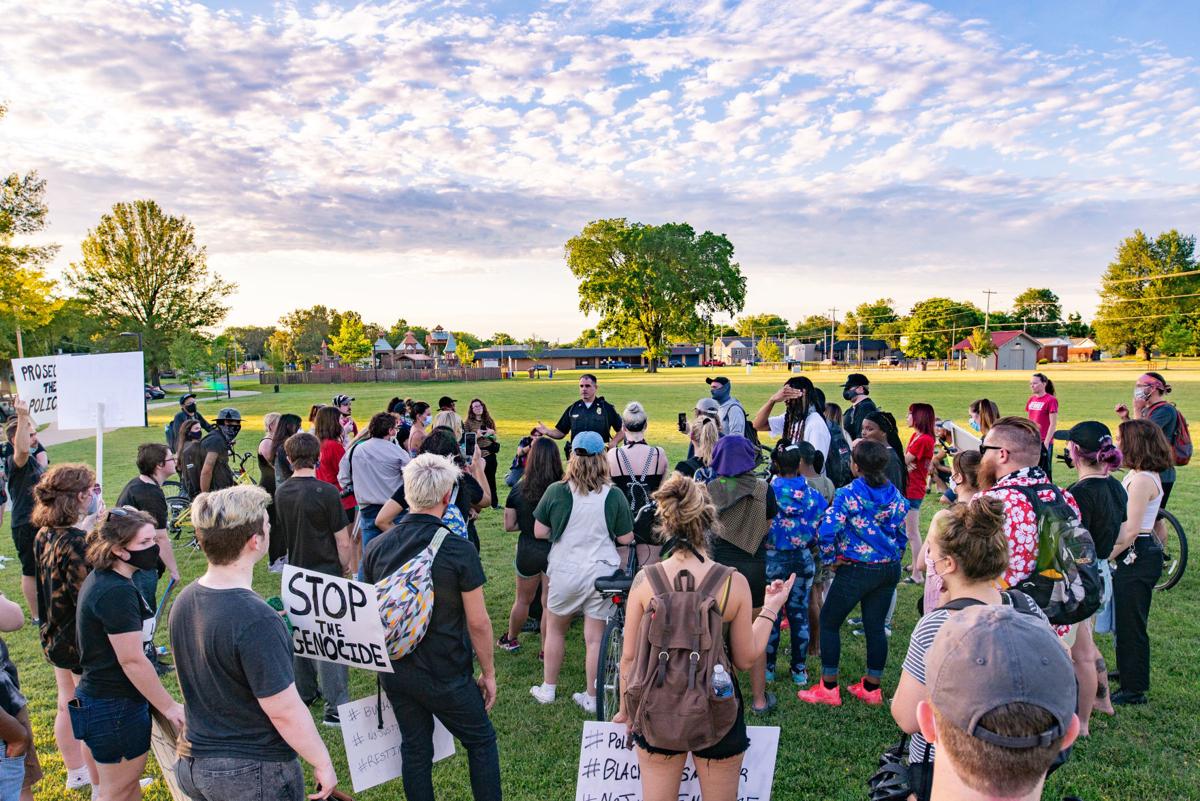 Protesters march down Joe Clifton Drive on Monday evening in Paducah as civil unrest continues in cities throughout the country. Monday’s protest followed a much larger one that took place in Noble Park on Sunday, drawing as many as 1,000 participants to speak out against racism and police brutality.

Protesters hold signs Monday evening in Paducah during the second straight day of local demonstrations, in the backdrop of escalating rallies across the commonwealth and U.S.

Protesters again took to the streets of Paducah on Monday night, as nearly 100 people marched and chanted from Lower Town to midtown and back.

Monday marked the second day of protests in the city as political unrest spreads across the country over the deaths of black people by police and the continued fight against racism in America.

“I feel like black people fought for this long to be able to do things that white people do,” she said. “It’s not fair that they’re putting black people down for no reason.”

Paducah Police officers and patrol cars followed the protest for much of the evening, directing traffic as they blocked off Joe Clifton Drive and one lane of Jefferson Street before heading back onto side streets.

Amid continued shouts of “No justice, no peace. Prosecute the police,” some protesters thanked individual officers as they passed police stationed at intersections.

Near the end of the group’s trek, Paducah Police Assistant Chief Anthony Copeland approached the marchers and asked if they would hear him speak for a few minutes in Rotary Park.

“This upsets us so much when we have people who are bad cops doing bad things and it disgusts each of us,” Copeland said. “Our goal as an agency is to keep you guys safe … and to be there when people need us.

“Our goal is to let you show your rights, to let your voice be heard and do it safely.”

The assistant chief talked and walked with the protesters in the park, taking some questions as they went. One protestor asked him what his department is doing to be better.

“The most important thing is building relationships and being willing to get out of the car … to just talk,” he responded, also noting the department’s efforts toward community engagement and diversity.

“(Police officers) are here because they care for you and I want to know what we can do better. My goal is to hold us as an agency accountable. I want us to have the best community we can possibly have. We have the same message here and the same motivation.”

The demonstration wrapped up shortly after 9 p.m. back at Rotary Park with all having gone peacefully.

While the protest Sunday night could not be directly tied to any signs of violence or property damage, a trio of police reports issued early Monday afternoon detailed a large gathering of people outside Kentucky Oaks Mall that evening that resulted in the shattering of windows at the shopping complex, a fire set at the base of a Confederate monument in midtown Paducah, and a busted-in door at Katterjohn Pharmacy — a century-old, locally-owned business.

Paducah Police Chief Brian Laird and McCracken County Sheriff Matt Carter both said they were pleased with how the main Sunday protest went.

Carter said the two local law enforcement agencies coordinated Monday, with the police keeping tabs on the protest and deputies standing by to respond to other emergency calls in the city.

Laird said before Monday’s demonstration he planned to take a similar approach to Sunday’s protest.

“We’re here to make sure people are safe and can exercise their rights,” the police chief said.