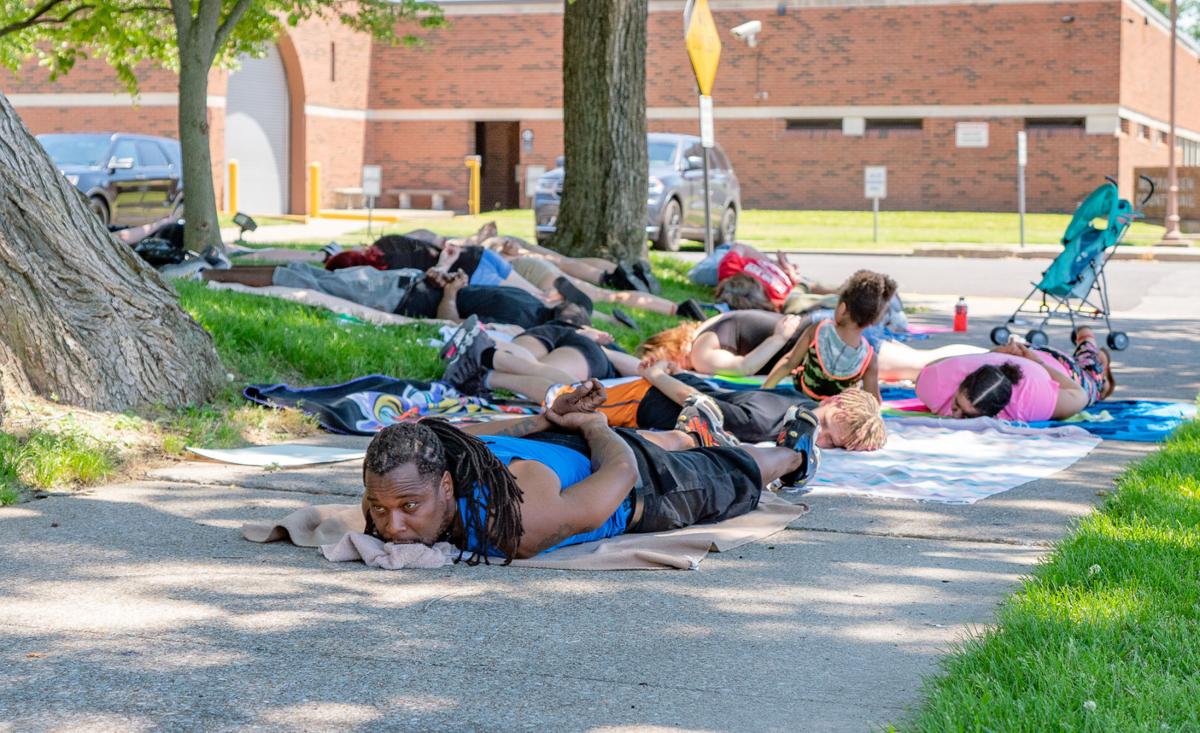 LaVar Holt lies face down with a group of protesters for eight minutes and 46 seconds to signify the amount of time Minneapolis police officers held George Floyd to the ground as he was dying. Holt and others protested Tuesday at the McCracken County Courthouse, the third straight day of local demonstrations in response to racism and unjust police actions. 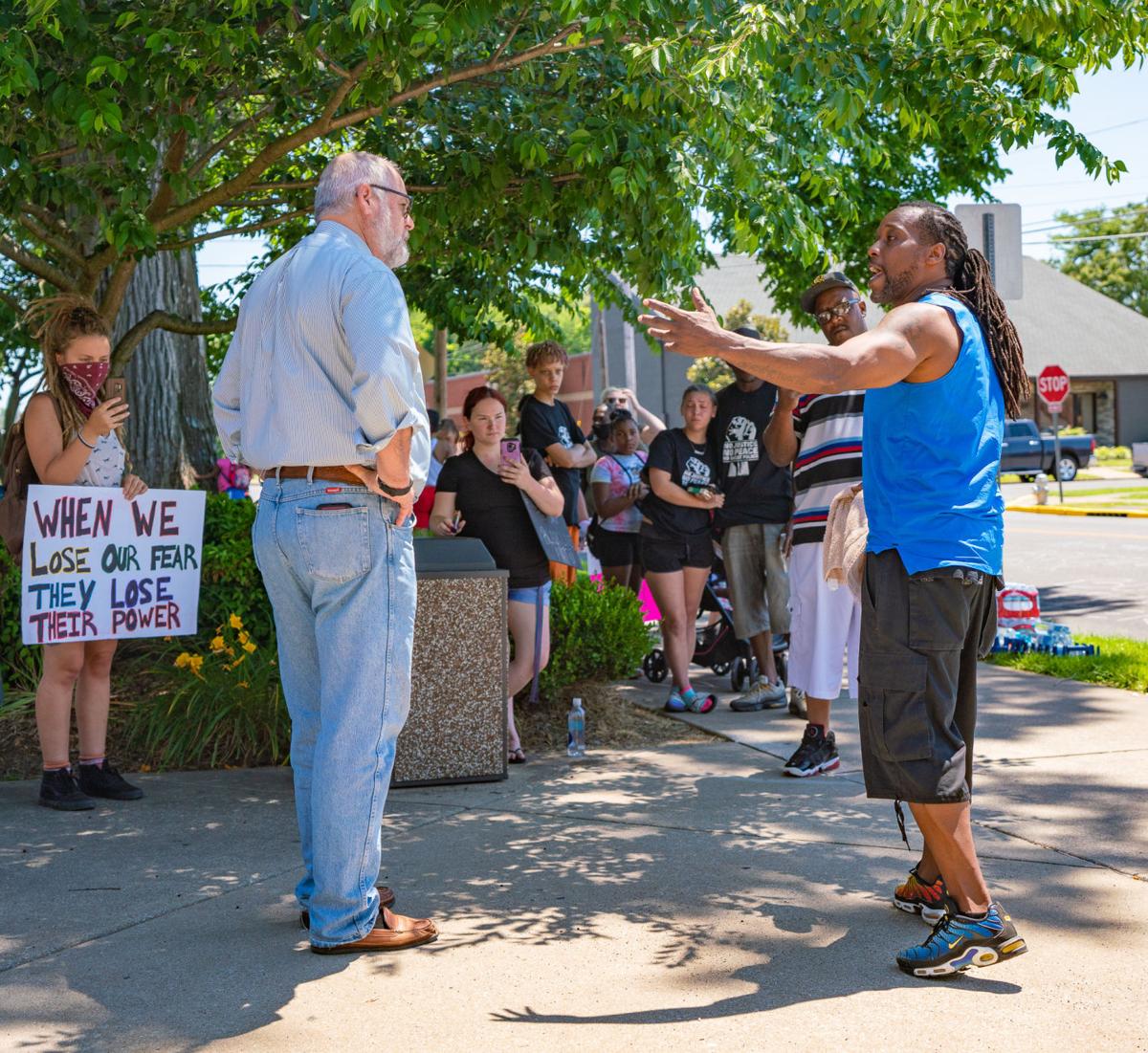 LaVar Holt lies face down with a group of protesters for eight minutes and 46 seconds to signify the amount of time Minneapolis police officers held George Floyd to the ground as he was dying. Holt and others protested Tuesday at the McCracken County Courthouse, the third straight day of local demonstrations in response to racism and unjust police actions.

A group of protesters at the McCracken County Courthouse took a step toward one of their goals Tuesday: Being heard by local leaders.

Demonstrators staged a “die-in” — laying on the sidewalk and grass outside the courthouse for just under nine minutes, the same amount of time George Floyd’s neck was pinned down by a Minneapolis policeman’s knee during a deadly encounter last month.

“Who was uncomfortable?” organizer LaVar Holt asked participants afterward, all of whom answered in agreement or raised their hands.

“Without a body on them. Jus imagine what (Floyd) was going through.”

Shortly after the demonstration, as protesters wrote slogans promoting racial equality or prosecution of police on the sidewalk and in the street, McCracken Judge-Executive Craig Clymer approached the group on his way back to the courthouse from lunch.

For more than 30 minutes, Clymer listened to the group of a few dozen, led mostly by Holt talking about his own past negative interactions with police and the stories of other people he knew who he believed were wronged by the justice system.

At one point, Holt noted he was on the receiving end of Clymer’s own justice when Clymer served as a judge.

“This man sentenced me to five years for child support, and I’m standing beside him talking to him,” said Holt, advocating for reforms like requiring police officers to live in the communities they patrol and forming a citizen board to review hiring of law enforcement personnel.

Clymer, who served in law enforcement for several years, admitted that some officers are “bad people,” and that some problems are caused by normally good officers who make a wrong decision.

“Bad things can really happen, and bad things have been happening,” Clymer said,

“For how many years do people like you and others have to keep doing peaceful protests until you get frustrated and say ‘peace will not work?’ ”

Clymer and Holt exchanged numbers, and Clymer said he set up a meeting for tonight between Holt, himself and other government and law enforcement leaders.

The meeting will be private.

Clymer said afterward that he understood the tension between the black community and law enforcement stretching back through history.

“We’ve got a lot of history that we need to address and hopefully deal with,” Clymer said, adding he hopes McCracken County can “set an example for other communities.”