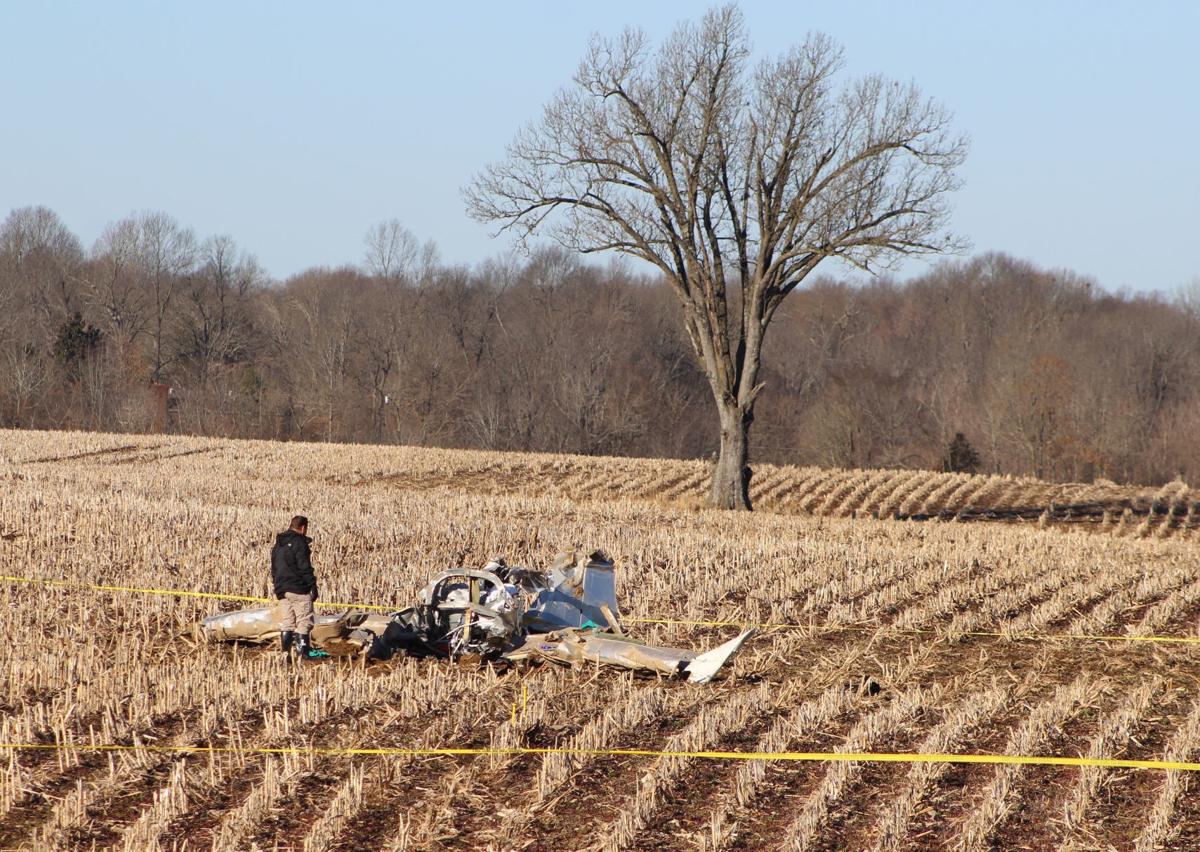 An investigator looks over the wreckage Tuesday morning following Monday’s crash of a single-passenger plane in a field across Interstate 69 from the Mayfield Graves County Airport. The crash killed Dr. Henry D. Babenco of Paducah.

MAYFIELD — Authorities said a Paducah doctor was the pilot who died following a crash Monday near the Mayfield Graves County Airport.

Henry D. Babenco, 60, was the lone occupant of the aircraft. The crash happened at approximately 5 p.m., according to the Graves County Sheriff’s Office.

An investigator from the Federal Aviation Administration visited the scene, located in a field between Interstate 69 and Spence Chapel Road, Tuesday, as well as the airport. The crash site is across the interstate from the airport’s runway.

Members of the National Transportation Safety Board were scheduled to visit the site Wednesday. The NTSB will handle the investigation into the cause of the crash.

Graves County Sheriff Jon Hayden said he and his staff had been assisting the FFA with its investigation, adding his deputies had also interviewed “a couple of folks” who witnessed the plane crash.

Once on the scene, authorities said an investigation confirmed the pilot, later identified as Babenco, died as a result of the crash.

The plane was a single-engine, two-seat RV-7A, authorities said.

Cody Janes, who lives on Spence Chapel Road, was on the scene Monday night after the crash. He said the plane had been flying low around the area Monday.

“All of a sudden — you ever hear a plane when it revs up real loud? And it just stopped off. Then you hear a thump,” Janes recalled. “I walked down here and someone had already called 911 and the first responders were here in seven minutes.”

“He was trying to make it to the airport but he didn’t make it,” Janes added.

Babenco was an anesthesiologist at Mercy Health-Lourdes Hospital, but had not been a member of the medical staff for the past four years, according to hospital officials.

“We are saddened to learn of the passing of Dr. Babenco. We do express our deepest condolences to his family during this difficult time,” said Kevin Compton, public relations and communications manager for Bon Secours Mercy Health.

Babenco was also listed as a co-owner of New Life Treatment Center in Paducah in a 2018 article in The Paducah Sun.

A phone number to the Paducah center was not available. Messages left at the center’s offices in Kuttawa and Wickliffe were not immediately returned.