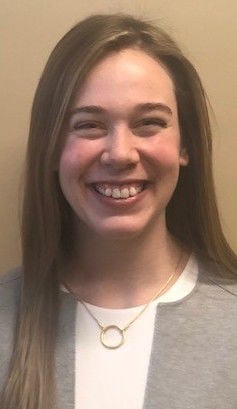 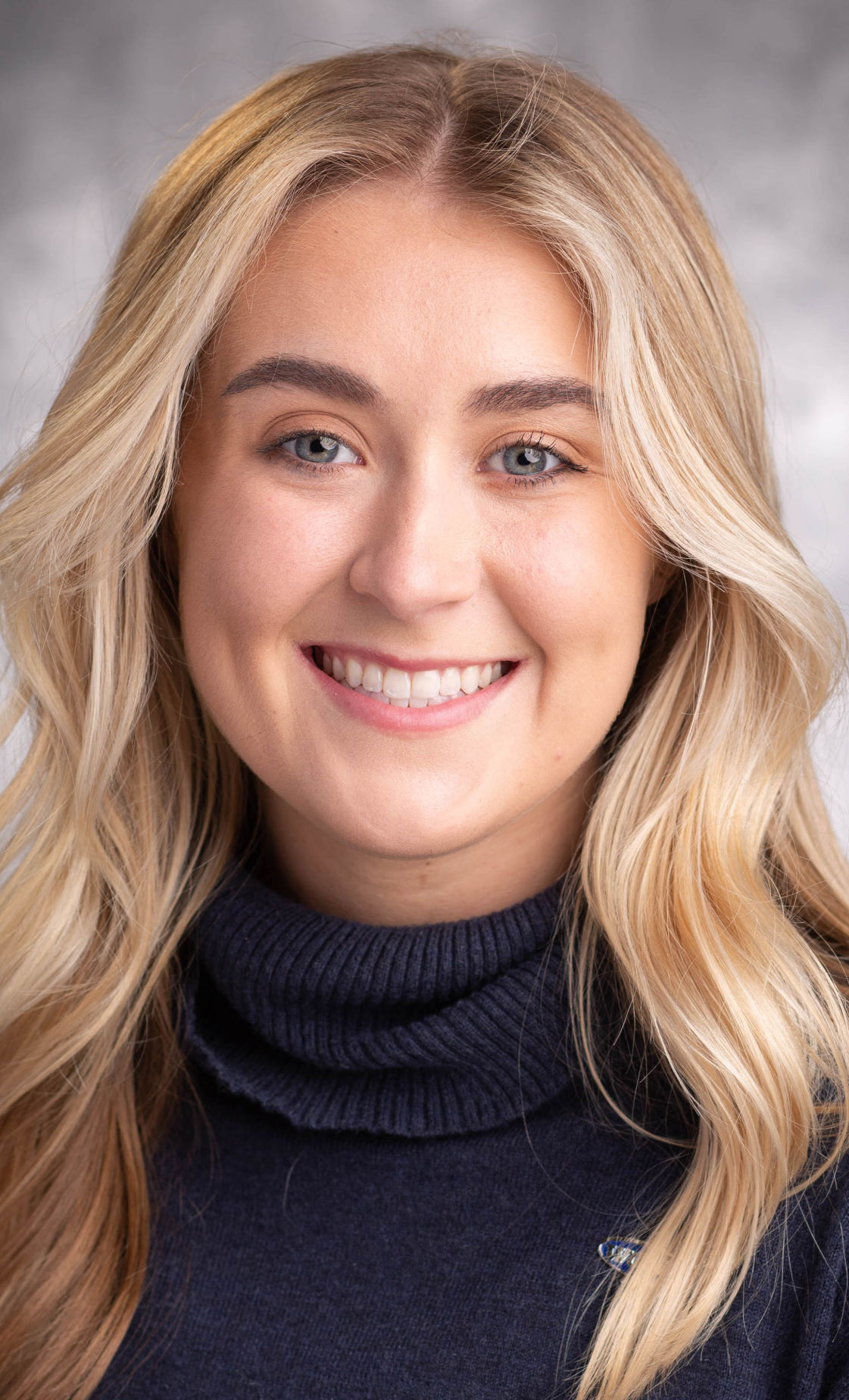 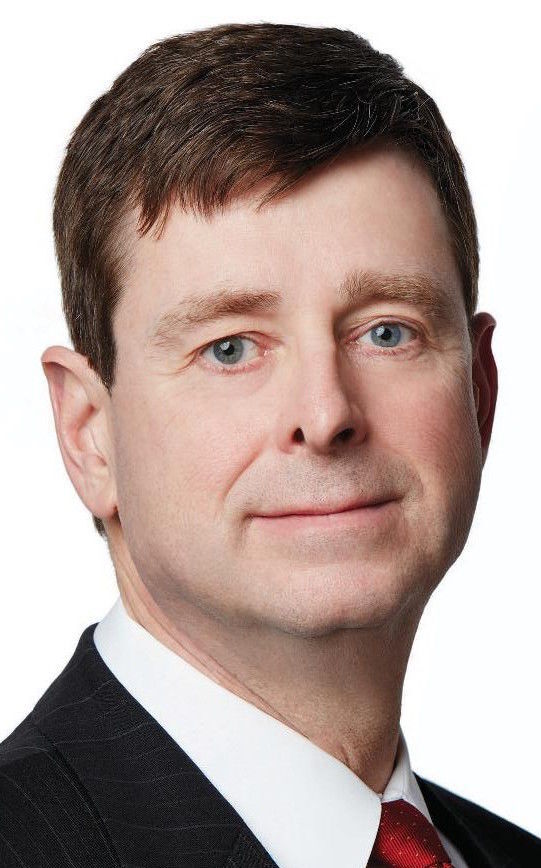 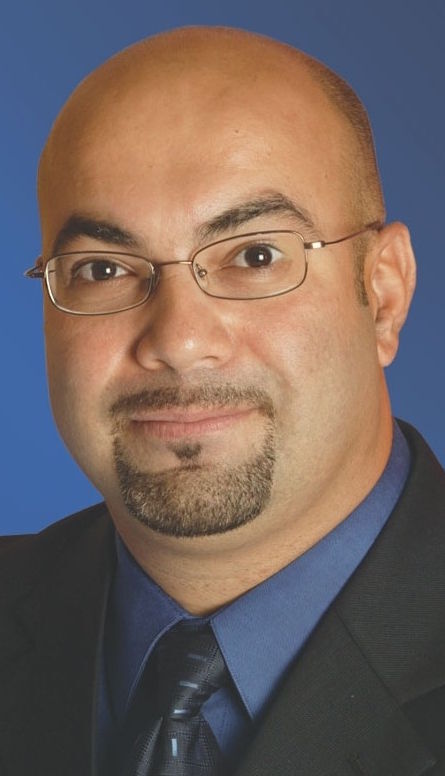 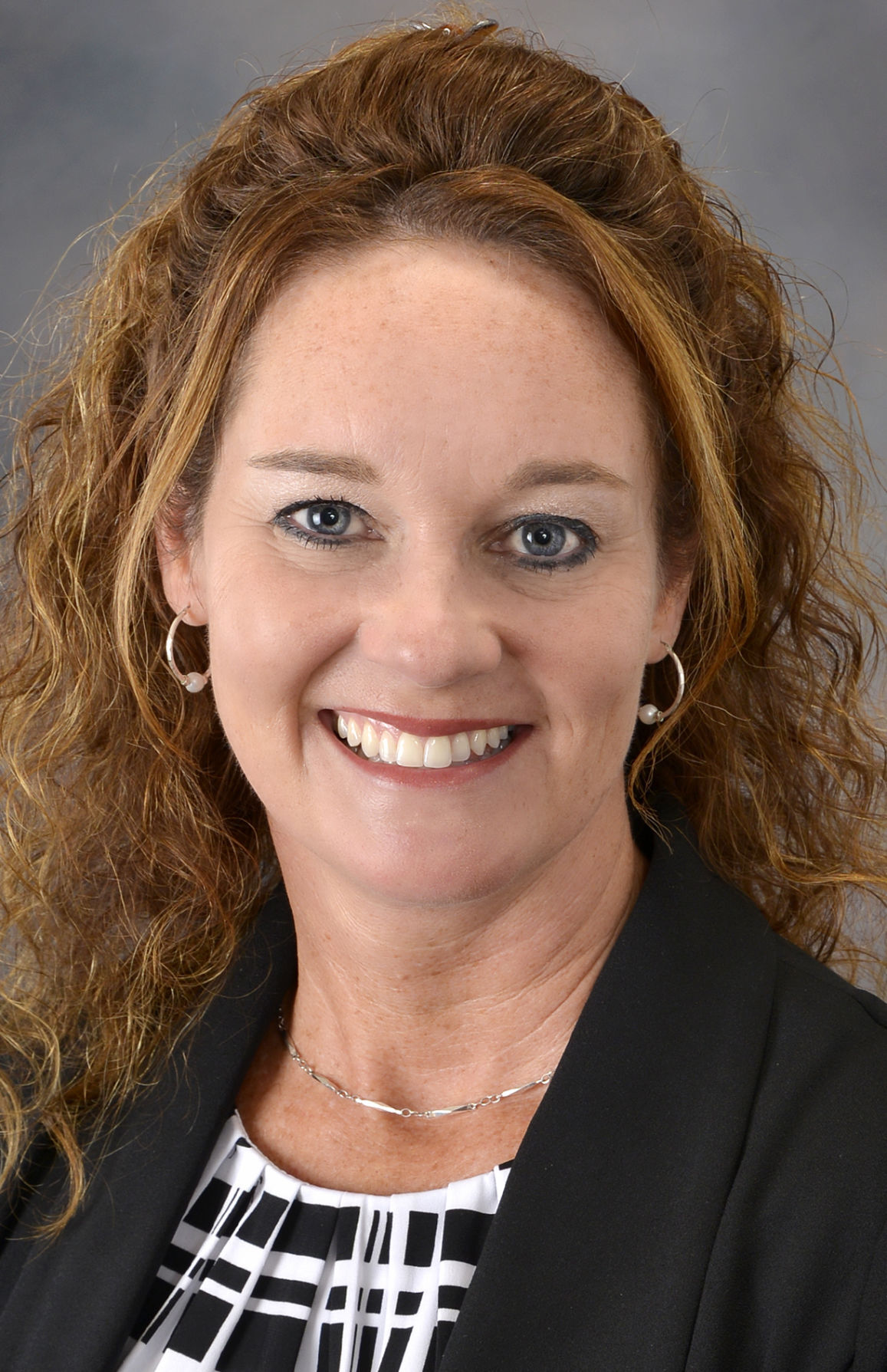 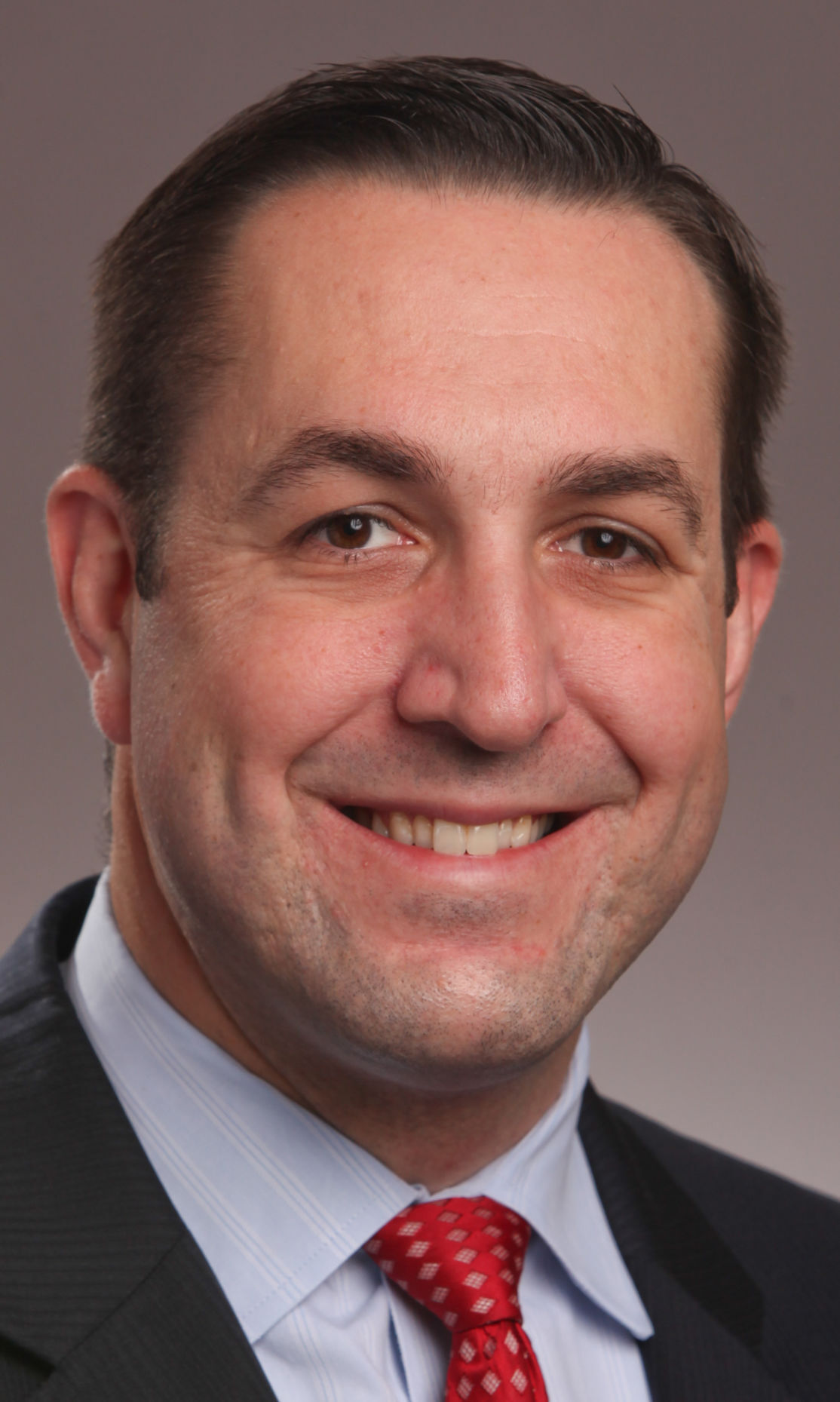 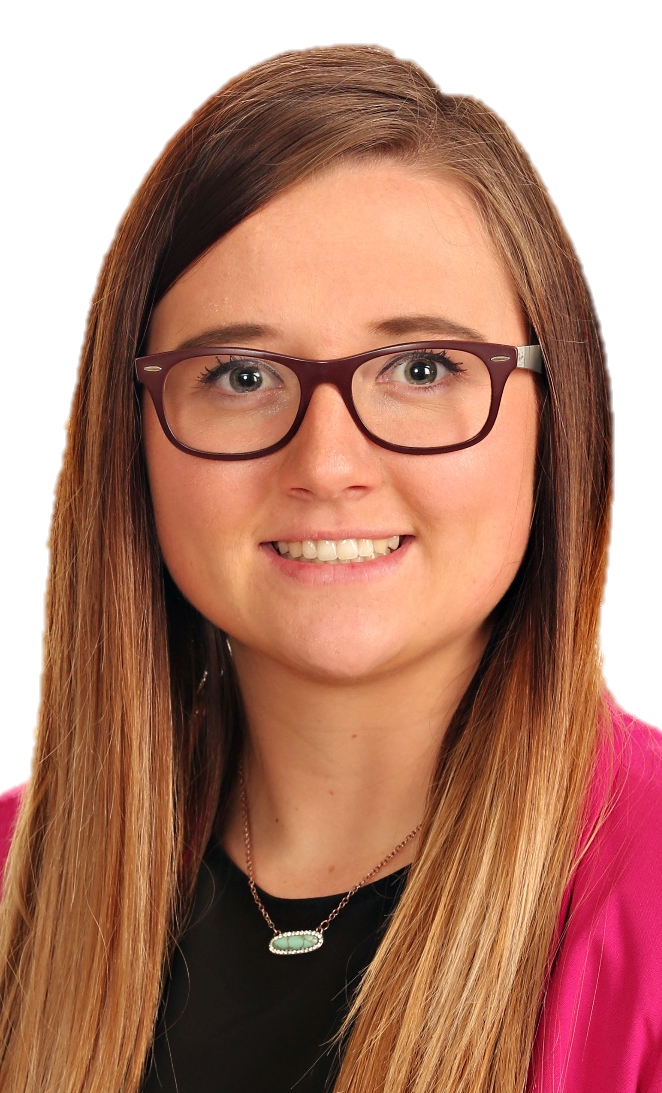 Molly Thompson joined the Paducah Area Chamber of Commerce as member services director. Her primary responsibilities include providing support to chamber members through promotion and communications, planning chamber events and coordination of the Paducah Young Professionals program. Thompson is a Paducah native and recent summa cum laude graduate from the University of Kentucky. She completed a dual degree earning a bachelor of science in community and leadership development and a bachelor of arts in integrated strategic communication. She is pursuing a master of public administration at Southeast Missouri State University. Previously she served as city management intern for the city of Paris, and a communications and marketing intern at the Kentucky League of Cities.

London Richards was named 2020 Employee of the Year by TempsPlus Inc. Employment Services, selected out of the thousands of employees who worked for the agency during 2020. The award is based on recognition of the recipient’s strong work ethic and appreciation of a positive attitude in the workplace and among co-workers.

John Williams Jr., managing director-investments with Wells Fargo Advisors in Paducah, was recognized as a 2021 Best in State Wealth Advisor by Forbes. Williams has 32 years of experience in the financial services industry. He holds a bachelor of arts degree in economics from Emory University, a graduate degree in banking from the University of Wisconsin-Madison and a master of science, personal financial planning, with honors, from the College for Financial Planning. The Forbes Best in State Wealth Advisors ranking algorithm is based on industry experience, interviews, compliance records, assets under management, revenue and other criteria by SHOOK Research, LLC, which does not receive compensation from the advisers or their firms in exchange for placement on a ranking.

Mohamad Abul-Khoudoud, MD, FCCP, D-ABSM, joined Mercy Health-Paducah Pulmonology, which offers services in preventing, diagnosing and treating conditions and diseases that affect the lungs, bronchial tubes and the respiratory system including the nose, pharynx and throat. Khoudoud earned his medical degree from the American University of Beirut in Lebanon. He completed his internship, residency and fellowship at State University of New York at Buffalo. He is board certified in pulmonary medicine, critical care and sleep medicine.

Lori Noel was named executive vice president at FNB Bank. She has an extensive banking background with over 28 years of experience, having previously served as vice president/commercial lender and senior vice president/senior lender for the bank. She also serves as chief lending officer. Noel is a 1992 graduate of Marshall County High School and attended Murray State University. She is a graduate of the Southeastern School of Advanced Commercial Lending and Kentucky Bankers Association General Banking School. She is enrolled in the Graduate School of Banking Wisconsin for the 2021-2023 program.

• Rick Goins, DHA, FACHE, was named the hospital’s chief operating officer, with his new role beginning in June. Before being named CEO of Massac Memorial Hospital in Metropolis, Ill., since 2016, Goins served as the hospital’s director of professional practice and chief operating officer. He has also held leadership roles with Middletown Regional Hospital in Middletown, Ohio, and Cincinnati Children’s Hospital Medical Center. Goins earned his doctorate in health administration from the Medical University of South Carolina in Charleston and his master’s in health administration from The Ohio State University in Columbus.

Heath Bowling, a financial adviser with Edward Jones in Paducah, and his branch team members, Cindy Thompson, Saletta Royalty and Ellie Brower, recently qualified for the Edward Jones recognition conference, the Drucker Council. This inaugural conference, which recognizes successful branch teams, provides them an opportunity to hear from internal and external keynote speakers and share best practices with clients. The conference, to be held in April, is named as the late Peter Drucker, a longtime consultant to Edward Jones.

Laura Duff, a financial adviser with Edward Jones in Paducah, has achieved the professional designation of accredited asset management specialist. Duff successfully completed the professional education program from the Denver-based College for Financial Planning. Those who complete the program, pass a final exam, and sign a code of ethics and disclosure form earn designation. The training offers investment professionals the hands-on information needed to provide comprehensive financial services.

First Line Fire Extinguisher Company of Paducah has been named an ANSUL double diamond distributor as part of the ANSUL Alliance Rewards Program, in recognition of the organization’s work over the past year. Diamond distributor distinction is based on achieving measurable goals established by Johnson Controls, Inc. Currently, fewer than 20% of ANSUL distributors have achieved diamond status. There are three diamond levels for distributors — single, double and triple. In addition to recognition, recipients can also earn promotional material, free training and sales event support.

Megan Millison recently jointed River Valley AgCredit as a loan officer in the Mayfield branch. She is a 2020 graduate of Murray State University with a bachelor’s degree in agriculture business with an emphasis in marketing and management. Millison is originally from Maryland and now lives in Hazel. She was raised on a show hog farm, where she showed and bred hogs, sheep and goats.