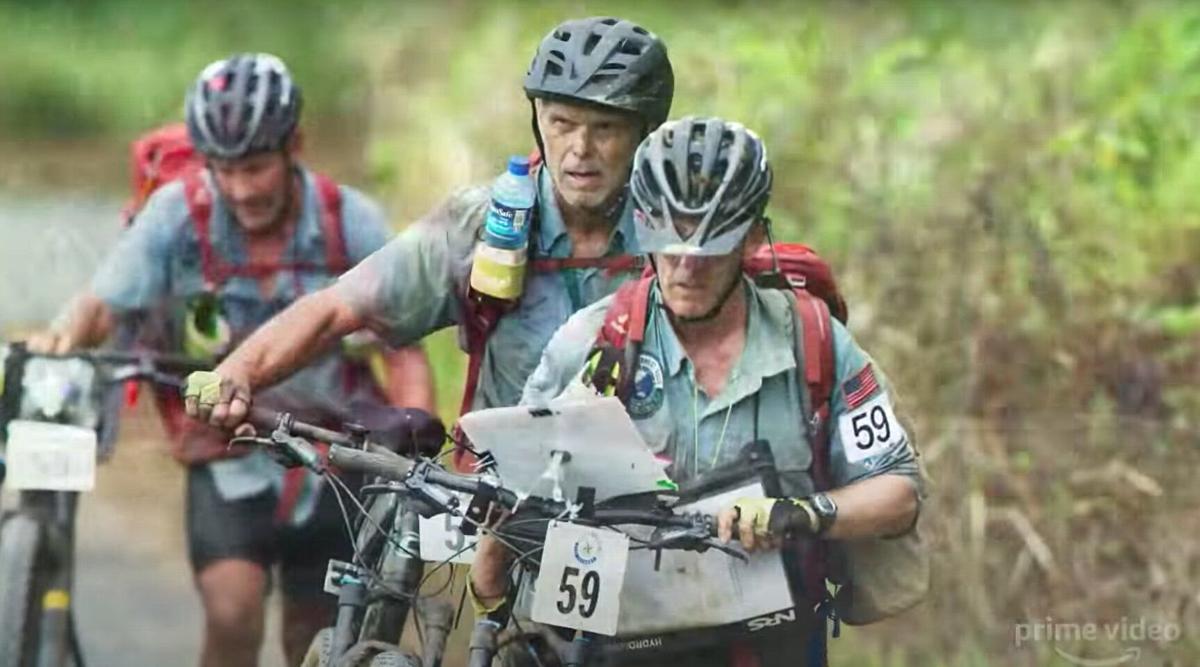 Dr. Bob Haugh (center), a retired Paducah pathologist, joined Team Stray Dogs for the “World’s Toughest Race: Eco-Challenge Fiji,” which was filmed in September 2019. It’s now streaming on Amazon Prime Video. The adventure race featured 66 teams from around the world to compete against each other. 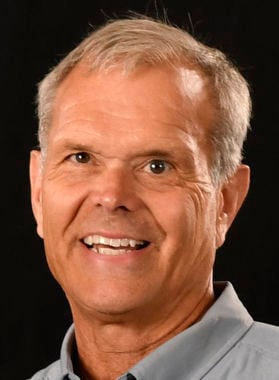 Dr. Bob Haugh isn’t a stranger to endurance tests in the great outdoors.

Haugh, a retired Paducah pathologist, can also add a Fiji adventure to his list.

The 69-year-old and his fellow “Stray Dogs” — an adventure racing team — were one of 66 competing on “World’s Toughest Race: Eco-Challenge Fiji,” which premiered Aug. 14 on Amazon Prime Video. It’s a 10-part series, hosted by Bear Grylls, that’s billed as an “epic global adventure race” where competitors are pushed to their limits for up to 11 days.

It was filmed in September 2019, when Haugh joined Marshall Ulrich, Adrian Crane and Nancy Bristow, who live in Colorado and California, for the team’s latest Eco-Challenge, which was revived after the original series ended in 2002.

Spoiler alert: Team Stray Dogs were pulled from the competition on Day 7 and didn’t finish, but Haugh joked they still had “fight” left in them. Since it’s now streaming, Haugh can share more about his experiences in Fiji, where competitors battled against physical exhaustion, dehydration, various challenges and, in some cases, even hypothermia.

“To us, it was a controversy because we were two or three miles from this camp and we still had time and they pulled us from the race,” he said, about the team’s exit.

“We were the last team on the course. A lot of teams had dropped out, but we were literally in last place of remaining teams and we were approaching a camp. All we had to do was walk a path by a river to the camp and we were at the checkpoint.”

The Eco-Challenge involved navigating an unmarked course that’s more than 400 miles long. They trekked through dense jungle, paddled across rivers and ocean, climbed mountain terrain and biked, among other physical challenges. There were also mandatory sleeping breaks.

Haugh said it began with traveling down a river in a traditional Fijian camakau — something that proved challenging and comical to him.

“There’s 60-something teams, so the river was actually very narrow,” he recalled.

“All these camakaus were pulled up to the bank. We all jumped in the camakau and started paddling and, of course, no one really had any experience, so it was like bumper cars. It was a gridlock. My job was kind of keeping us from being destroyed by it. … They just didn’t know how to do it, so here you’re getting T-boned by another camakau and a number of boats sank right there at the starting line.”

He also remembered “dead calm” on the ocean, when they couldn’t get any help from wind when it came to sailing the heavy camakau.

“We had to paddle it to this island — it was 20, 30 miles away,” he added. “Paddling a regular canoe that far is a hard day, but this big outrigger canoe and no wind. It was very hard.”

All in all, it was a “great time” for Haugh, despite the race’s challenges and dealing with stomach upset from when he inadvertently drank untreated water. He enjoys adventure racing and spending time outdoors, evident in all of his trips around the globe.

“It’s constant problem-solving, so it’s not necessarily who is the most fit or strongest,” he said. “It’s how you approach a problem and handle it. It’s just a constant series of problems that you have to address.”

Haugh said the Stray Dogs originally formed at the first Eco-Challenge held 25 years ago, and he fondly remembers how original members met in the desert of Utah. They were in their 40s.

“We had lost teammates and (Eco-Challenge creator) Mark Burnett — being a smart guy, realized that particularly the American teams were going to fall apart. ... We were allowed to form a team out of the leftovers, or the strays, left over from the original team, so Mark Macy and Marshall Ulrich and I formed the nucleus of a team,” he said.

They did subsequent Eco-Challenges and brought lots of experience to the Fiji race, although Macy competed on a separate team with his son Travis, following a diagnosis of Alzheimer’s disease.

Now, years later, Haugh believes he was the oldest competitor in Fiji — just edging out Ulrich, who’s two days younger. All the Stray Dogs are in their 60s and faced much younger opponents, but Haugh was just happy to be there.