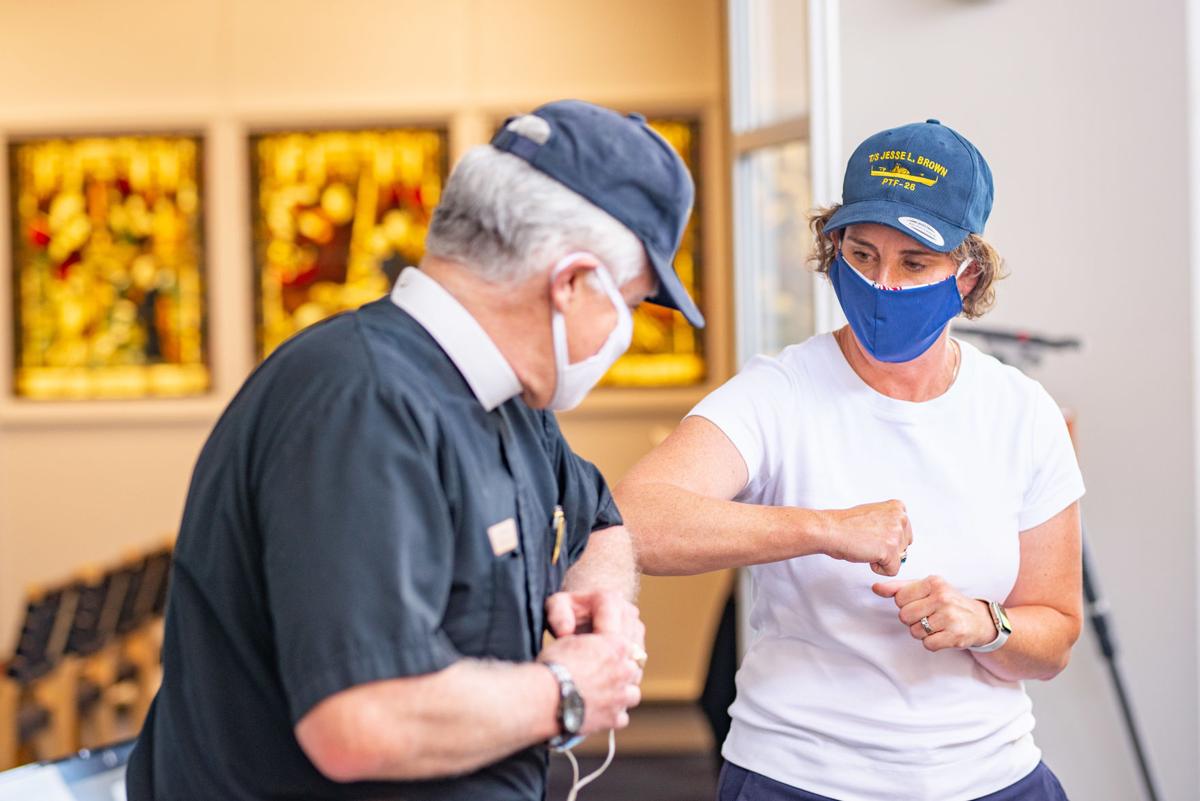 U.S. Senate candidate Amy McGrath, campaigning to unseat Sen. Mitch McConnell in November, bumps elbows with the Rev. Kempton Baldridge, senior river chaplain for the Ohio River Region of the Seamen’s Church Institute. Baldridge and McGrath talked at length during her campaign stop at the institute before she took questions from area media outlets. 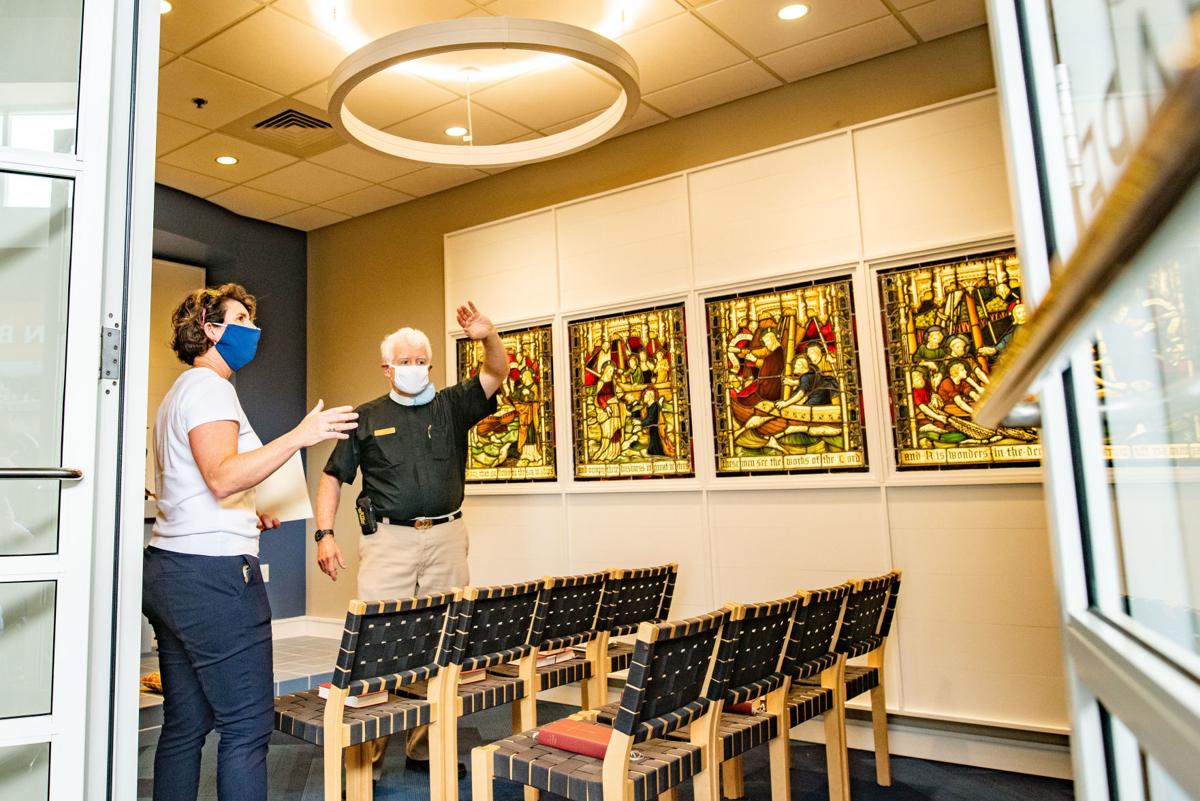 The Rev. Kempton Baldridge (right) shows U.S. Senate candidate Amy McGrath the inside of the Seamen’s Church Institute chapel during a campaign stop in downtown Paducah on Friday afternoon.

U.S. Senate candidate Amy McGrath, campaigning to unseat Sen. Mitch McConnell in November, bumps elbows with the Rev. Kempton Baldridge, senior river chaplain for the Ohio River Region of the Seamen’s Church Institute. Baldridge and McGrath talked at length during her campaign stop at the institute before she took questions from area media outlets.

The Rev. Kempton Baldridge (right) shows U.S. Senate candidate Amy McGrath the inside of the Seamen’s Church Institute chapel during a campaign stop in downtown Paducah on Friday afternoon.

U.S. Senate candidate Amy McGrath hit the campaign trail Friday in Paducah, where she stopped by the Seamen’s Church Institute, learned about its work helping mariners and shared her views on various issues.

McGrath, the Democratic challenger against Senate Majority Leader Mitch McConnell, visited with senior river chaplain the Rev. Kempton Baldridge on Friday afternoon and toured the church’s chapel at its Water Street location. Baldridge discussed the institute’s history and imparted lots of information for McGrath, including about Paducah’s native son, Rear Admiral “Jumping” Joe Clifton, who was a distinguished Navy pilot.

“I wasn’t there to talk politics,” Baldridge told The Sun. “I’m there to just talk with a fellow vet, but also, because we’re proud of Paducah. I love it when people can tell our story elsewhere.”

McGrath, a retired Marine Corps lieutenant colonel and fighter pilot, also took time to address media outlets afterward about different issues, including the COVID-19 pandemic, her Republican opponent in McConnell and her message for Kentuckians who voted in the June 23 primary election.

She explained she’d been in Paducah on Friday talking with local leaders and other people, finding out what’s on their minds and how they’re dealing with the coronavirus pandemic, as well as about what people want from a senator and what they need from leaders in Washington.

“People are angry,” McGrath said. “People are upset. You know, a lot of people are out of work, and we need leadership. That’s why I’m here. I’m going all around the state talking to people, that’s what this is all about.”

In response to questions from media outlets, McGrath stressed the COVID-19 pandemic is not a political hoax and we need to start listening to scientists and public health experts. She cited that approximately 140,000 Americans have died in the last four to five months.

She thinks it needs to be tackled with a national plan.

“That means we have to listen to scientists, listen to our Centers for Disease Control and those people that are experts, and what do they say? They say that the only way to get this thing under control — to mitigate it, so that we can get our economy back, so that we can mitigate the loss of life — is national testing and tracing,” she said.

“It’s not good enough just to have tests and have the results come back two weeks later. You’ve got to have them quickly so that we can isolate people and get this pandemic under control.”

McGrath also criticized McConnell for actions related to the pandemic, including the Coronavirus Aid, Relief and Economic Security Act, or CARES Act. She asserted that he championed a “big, fat slush fund for big corporations.”

McGrath said we’re “in this together.”

“I mean that is what I learned in the United States Marine Corps,” she said.

In regards to the primary, McGrath noted that State Rep. Charles Booker, D-Louisville, and his supporters brought “amazing energy.” She said people came out in large numbers to vote in the primary and it tells her that people are “fired up” and want their voices heard.

“They are tired of Mitch McConnell and they want change,” she said.