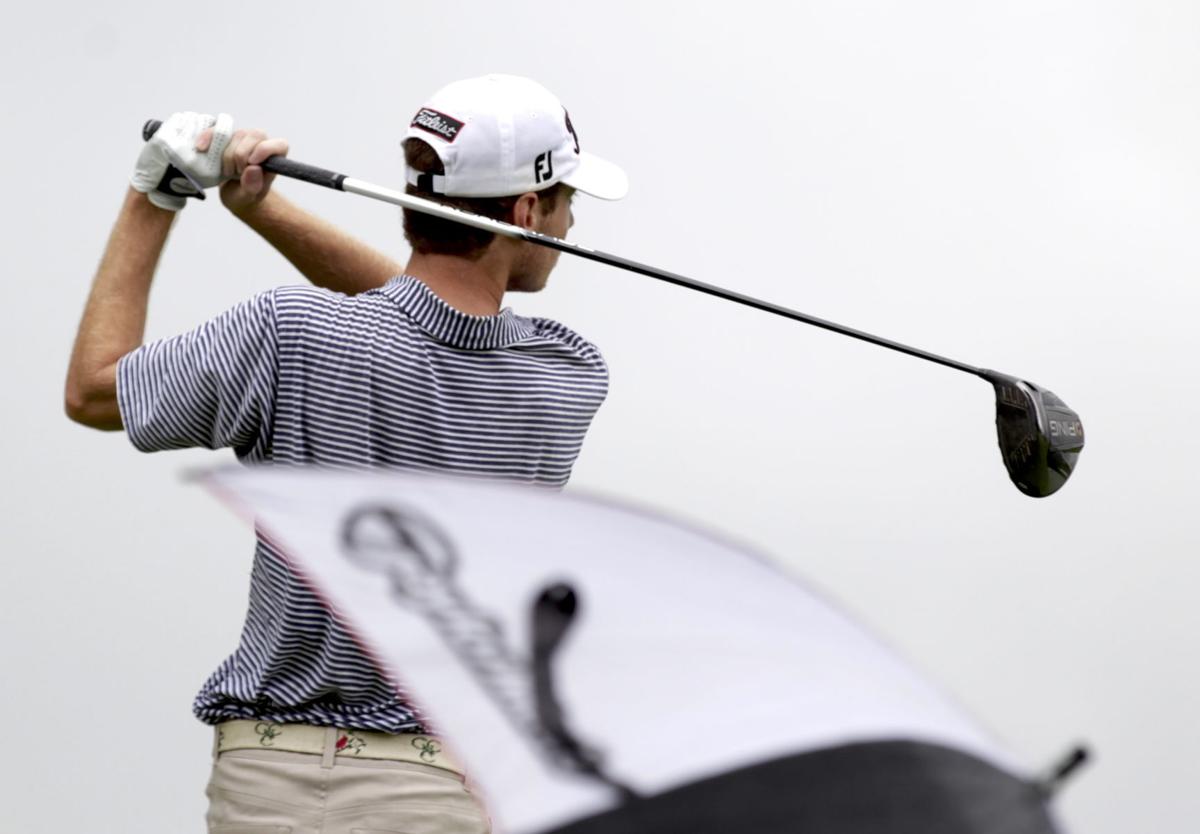 Paducah’s Joey Mayo opens today tied with Metropolis, Illinois’ Seth Arthur for the professional lead of the Texas Roadhouse West Kentucky Open at Drake Creek Golf Club in Ledbetter, after firing a bogey-free 67 (5-under) on Saturday. 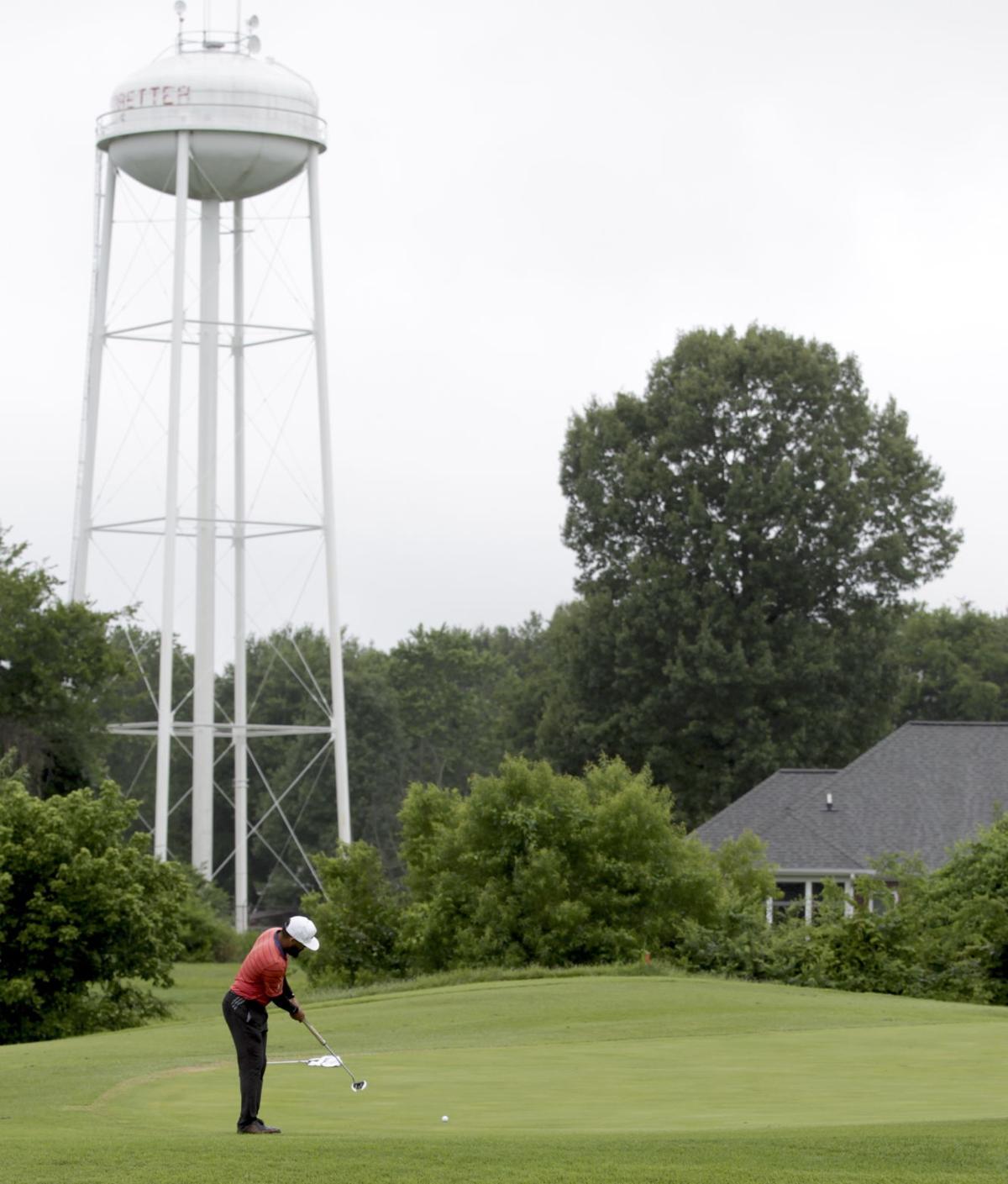 Seth Arthur had six birdies and one bogey on his way to a nearly-perfect 67 in Saturday’s opening-round of the Texas Roadhouse West Kentucky Open. 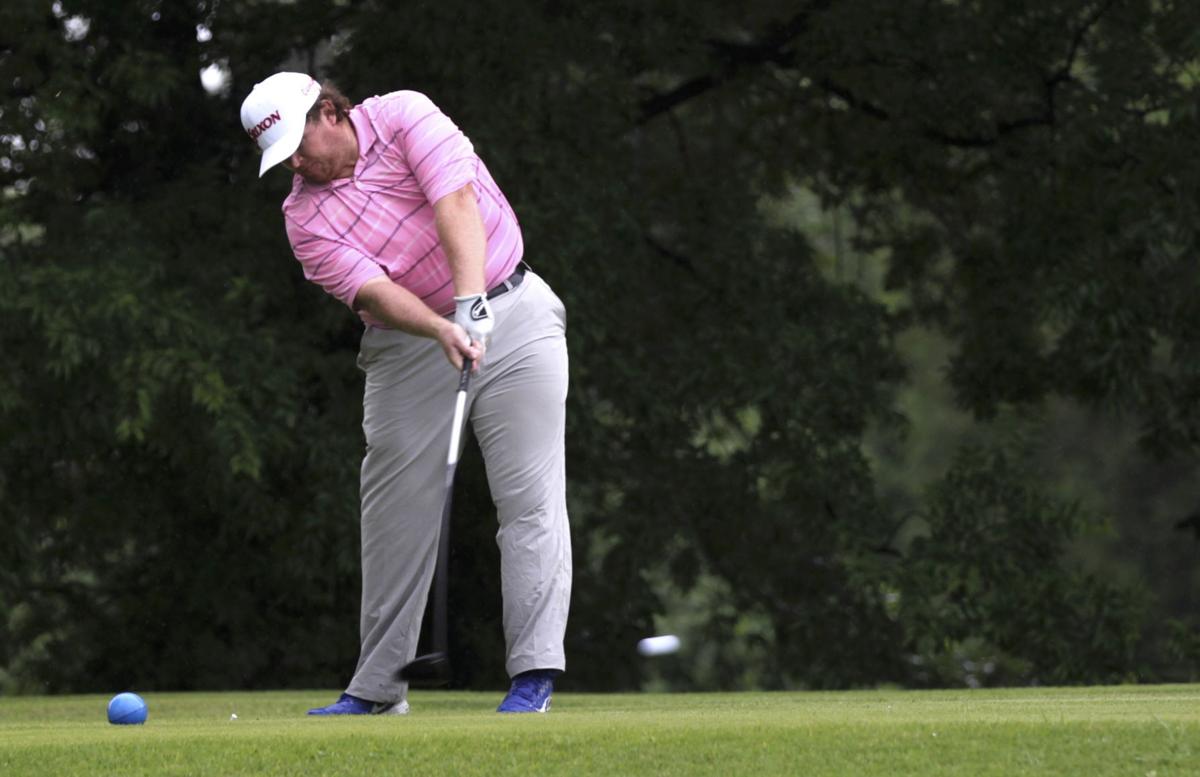 After a bogey on Drake Creek’s No. 5, Patrick Newcomb picked up three straight birdies and eventually finished with a 3-under 69 on Saturday in the opening round of the Texas Roadhouse West Kentucky Open.

Paducah’s Joey Mayo opens today tied with Metropolis, Illinois’ Seth Arthur for the professional lead of the Texas Roadhouse West Kentucky Open at Drake Creek Golf Club in Ledbetter, after firing a bogey-free 67 (5-under) on Saturday.

Seth Arthur had six birdies and one bogey on his way to a nearly-perfect 67 in Saturday’s opening-round of the Texas Roadhouse West Kentucky Open.

After a bogey on Drake Creek’s No. 5, Patrick Newcomb picked up three straight birdies and eventually finished with a 3-under 69 on Saturday in the opening round of the Texas Roadhouse West Kentucky Open.

LEDBETTER — Torrential rains and a chilly, biting wind — typical conditions of the British Open at St. Andrews in Scotland, but not during August in the Bluegrass — plagued many of the golfers in Saturday’s first round of the 2020 Texas Roadhouse West Kentucky Open at Drake Creek Golf Club.

Mayo and Arthur each fired a field-best 5-under 67, while Newcomb launched a 3-under 69 to stay right behind the duo.

And each did it in their own way.

“I was a little surprised today, because usually I struggle in the rain,” Mayo said. “I just stayed patient all day, and I stuck to my gameplan. And I’m just happy with playing solid.”

“As long as I get it in play, my irons are so good that I’m going to be fine,” Arthur said. “It’s just a matter of making little putts and birdieing the easy holes. I really didn’t make anything long, but I just capitalized. I just plodded around and made sure I had 5-, 6- and 7-footers, and just birdied the holes that were gettable, and didn’t chase any of the holes that were silly. It sounds repetitive, but if a pin is tucked and you’re not comfortable, just hit it to the middle of the green, two putt and move on.”

Newcomb, less than 24 hours removed from a top-six finish in the 101st Kentucky Open (which concluded on Friday afternoon), quickly erased a bogey on the par-3 No. 5 with three consecutive birdies on No. 6, No. 7 and No. 8, before birdieing again on No. 12.

“It’s definitely tough (in the rain),” he noted. “But the toughest part about it is really the putting. It’s tough to hit shots close, but out here, it was just tough to putt today. I just really struggled on the greens. The wind wasn’t blowing too hard. It wasn’t blowing hard enough to really affect the ball. Maybe on one hole.

“But, it’ll be fun tomorrow. It’s close, and there could be some fireworks tomorrow if guys start making putts.”

The familiar trio will be in the final foursome of the day (11:20 a.m.) alongside Gerald Harsley Jr., a resident of St. Louis and former Lindenwood men’s golfer who finished with a 2-under 70.

And it’s a comfortable place for the three to be.

“It’s cool because we all play together when we’re not playing in tournaments,” Mayo said. “I feel like we always want everyone else to play well. We want to beat them, but we want to beat them when they’re playing well.”

Like most golfers during the pandemic, Mayo, Arthur and Newcomb have been staying busy to try and revamp their competitive schedules in order to stay on top of their respective games.

“It was weird,” Mayo said. “I had just gotten back from Florida and was headed to Canadian Tour Q-School and everything just canceled, and I was stuck at home. But it was kind of nice to just hang out with family, and just take it easy. Golf courses were still open, so I was able to play and practice on my own.”

“I’ve been playing a ton,” Newcomb noted. “I played in the Cobb, and then I went out into the Dakotas and I played two tournaments out there. Then I flew straight back to play in the Kentucky Open. I’ve been playing back-to-back, and I’ve been giving myself one day off between tournaments, essentially. I’ve been playing a lot. And I just wanted to play one more time, because I’m about to leave for Alpharetta (Georgia) for some PGA Tour-sanctioned events. This is just me staying sharp. I really wanted to take this weekend off, but I was just like ‘I better go and play,’ just to keep moving before I go to Atlanta.”

“There was one major thing that I struggled with for the past couple of years, and finally — about a month and a half ago — I contacted George Gankas (Online Golf Academy), and he gave me one little thing and said ‘here’s what you’re doing wrong,’ ” Arthur added. “It was consistency in the face of the path and my attack angles, and…ever since then, it’s come together. It’s a lot easier. I don’t have to come out here and grind as much. I don’t have to hit as many balls. It’s made it a lot easier.”

Hopkinsville’s Tadd Switzer somehow carded an amateur-leading 69 in the Saturday slosh, which included a 33 on the front nine…when the rain was reportedly the roughest.

Expected conditions today, according to the National Weather Service: A 20% chance of showers and thunderstorms after 1 p.m., but mostly sunny, with a high near 82. West southwest wind 3-to-7 mph.