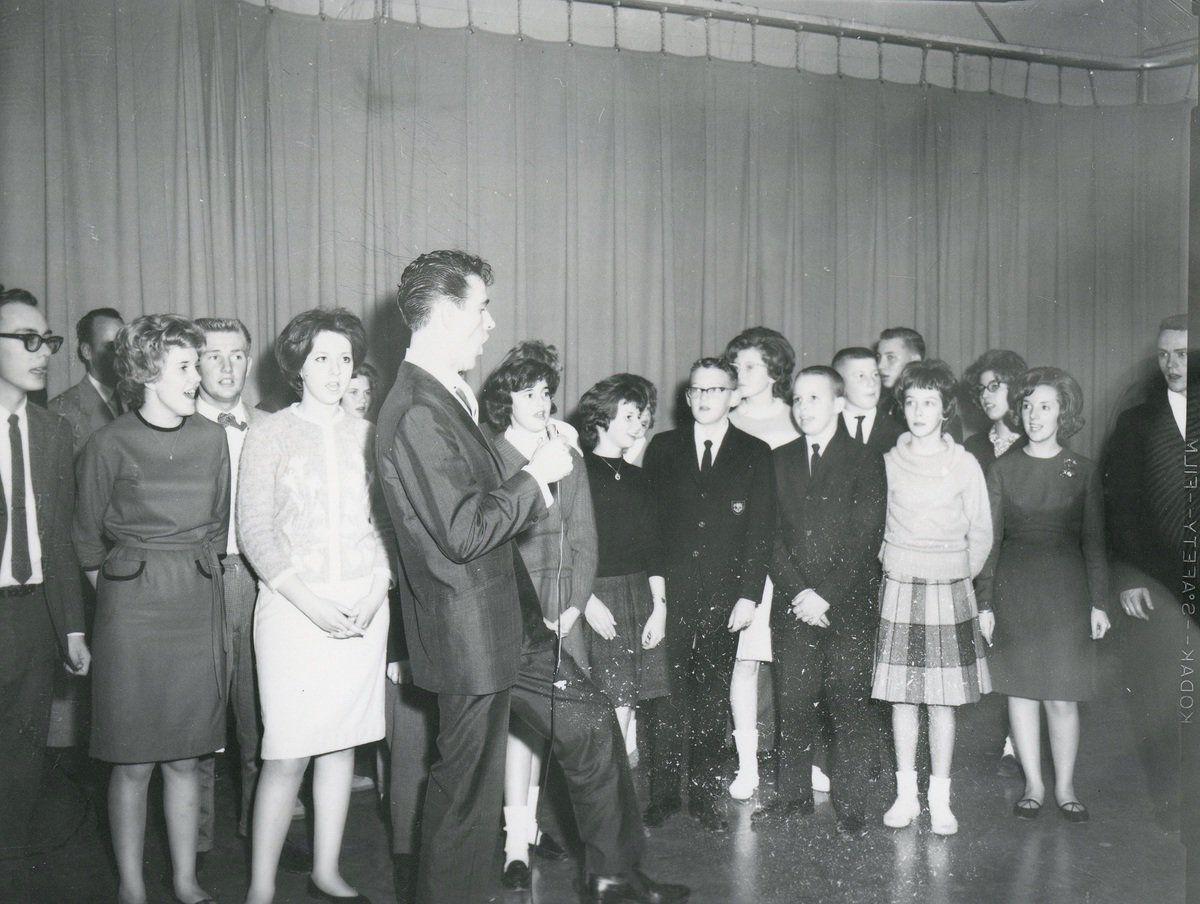 Several photos from WPSD-TV's "Dance Party," a locally recorded "American Bandstand"-style dance show, can be found in the newly launched collection at McCracken County Public Library, including this picture of Melber native and Sun Records recording artist Rockin' Ray Smith (center) on the program. It can be accessed online by visiting digitalcollections.mclib.net. 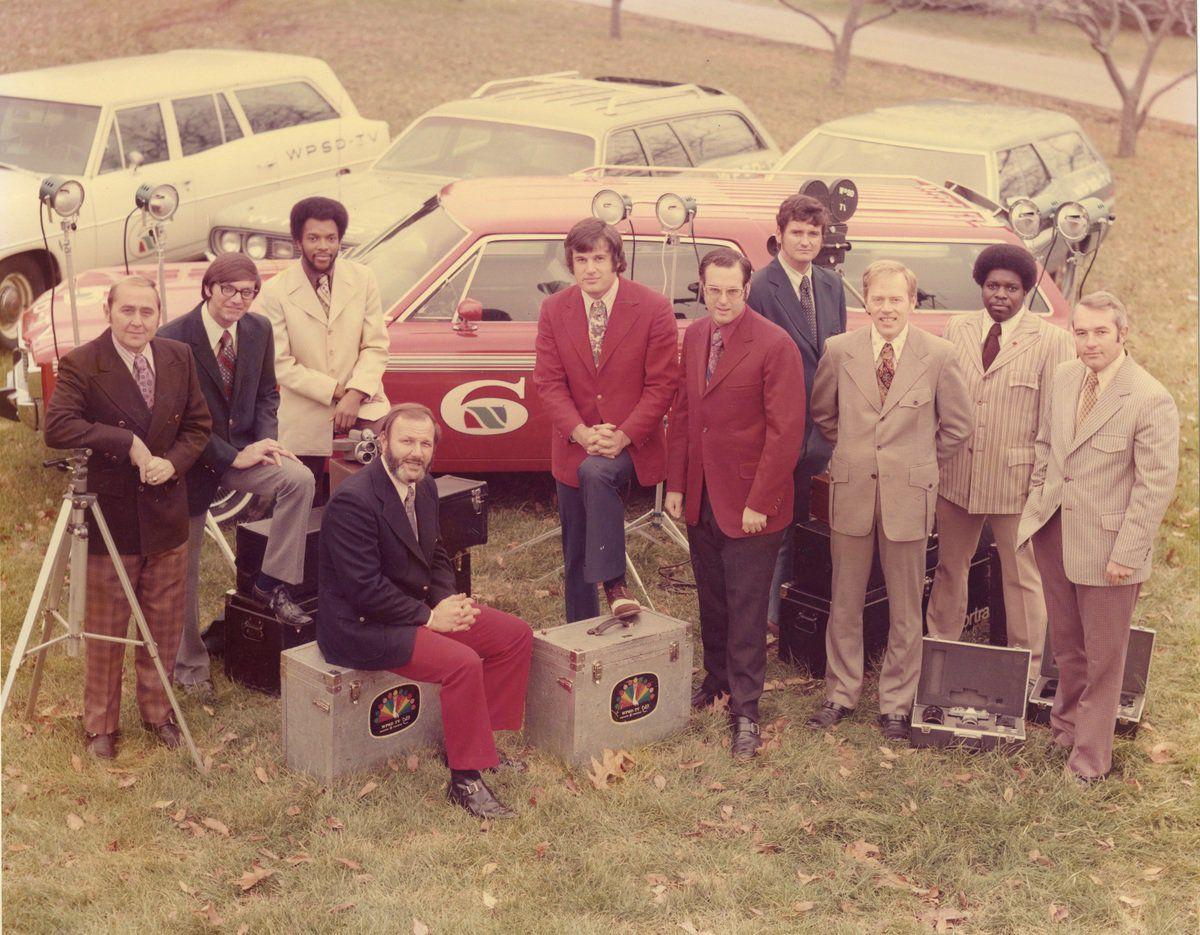 Several photos from WPSD-TV's "Dance Party," a locally recorded "American Bandstand"-style dance show, can be found in the newly launched collection at McCracken County Public Library, including this picture of Melber native and Sun Records recording artist Rockin' Ray Smith (center) on the program. It can be accessed online by visiting digitalcollections.mclib.net.

Comprising 1,000 photographs, as well as some news footage, the newly launched WPSD-TV Collection at the McCracken County Public Library highlights the station's history from its founding in 1957 through to the present day.

Johanna Comisak Rhodes, the first female reporter to ever work at WPSD, spearheaded the project over the last six months, volunteering at the library and working to digitize the collection.

"I really love the fact that I'm helping preserve the history of Paducah and the surrounding areas through pictures and text," Comisak Rhodes said. "So I thought Channel 6 is the best known thing in this area. They have pictures going back all the way to the beginning in 1957 and we should try to get all of those pictures online."

The collection became available to the public Wednesday. It can be accessed online by visiting digitalcollections.mclib.net.

Comisak Rhodes herself scanned and provided data for the collection. The most difficult part for her was identifying everybody in the photos, for which she enlisted the help of other former station employees such as Melinda and Doug Harnice and Charlie Katterjohn. Otherwise, her nearly 20-year stint at the station provided her with a wealth of historical knowledge.

"When I started at the station in 1973, there were about 15 of the original employees there and I stayed until 1992. So I had a wide range of knowledge of who was there and what they did in that time," she explained. "Having the whole collection there where you can see the space of all these 62 years of television and it makes you realize all of the history right here," said Comisak Rhodes, who went on to serve as WPSD's news director and assistant operations manager later in her tenure at the station. "It's Paducah history as well as just Channel 6 history."

The hope of Comisak Rhodes is that the collection will provide a window into the past for the people of Paducah, allowing some to relive memories and others to see aspects of WPSD that they'd never seen before.

"I think people will enjoy being reminded of things that used to be," the former news director told The Sun. "For example, at one time Channel 6 had a bowling alley in the back of the station in late '50s and early '60s, as well as a wrestling arena. We found a number of pictures of 'Dance Party' (a locally filmed 'American Bandstand'-style program), which ran from the 1950s to around 1973. This is just a glimpse of the station and its history."

The library remains dedicated to its mission of providing a home for history and access to information of all kinds.

"WPSD has been a staple in our region since the mid-20th century," said Nathan Lynn, the library's local and family history department coordinator. "We are happy that the library can help provide digital preservation and access to these photos and memories.

"We want people to be able to discover not only their own past but their community's as well."

"We are fortunate to have WPSD right here in Paducah to share the stories of our region. The reporters become a part of our community and our lives as viewers," she said.

"The WPSD digital collection provides a fascinating look at the evolution of the station, the journalism profession, and our community. The library is honored to capture this history, digitize it for worldwide access, and make it accessible for generations to come."