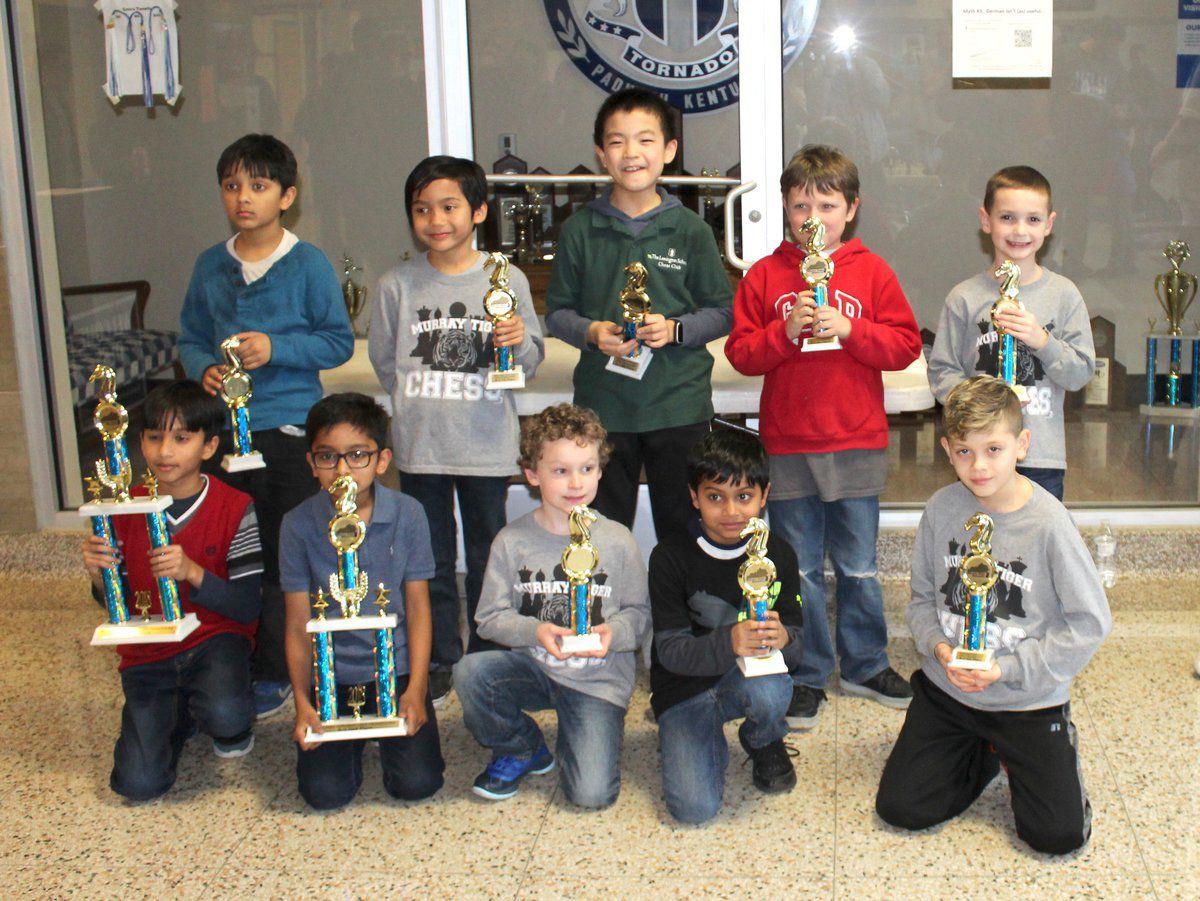 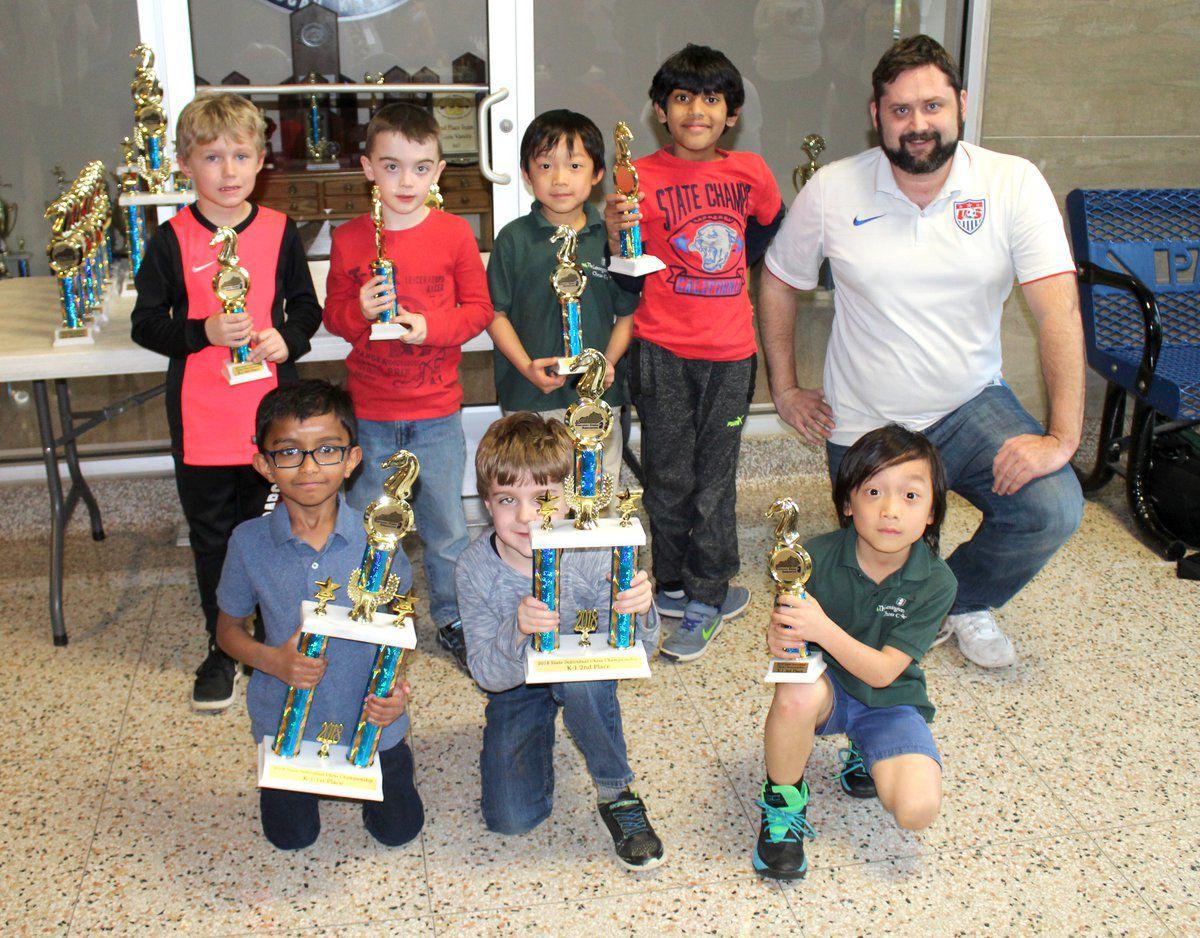 More than 100 students from across the state took part in the Kentucky Chess Association state individual tournament Saturday and today at Paducah Tilghman High School.

Each division plays five rounds in the tournament. Twenty students participated in the K-3 division, while seven took part in the K-1 division, both of which had their champions crowned Saturday. The K-5, K-8 and K-12 divisions played three rounds Saturday and will play the final two rounds today.

Arjun Nalladimma of Norton Elementary of Louisville won the K-3 division state individual championship with a perfect score of five points. Players earned one point for each win and a half-point for a draw.

Alex Hewitt and Eli Lovell - both of Crittenden County Elementary - were given honorable mention for scoring 2.5 points apiece and placing 11th and 12th, respectively.

Connor Edmonton of Mount Washington Elementary placed second with four points, Lucas Sung of The Lexington School was third with three points, John Barsamian of Mount Washington Elementary was fourth with three points, Patrick Speed of the Parents As Teachers in Christian Homes homeschool was fifth with two points, Jason Sung of The Lexington School was sixth with two points and Siva Hariharasuthan of Lowe Elementary was seventh with one point.