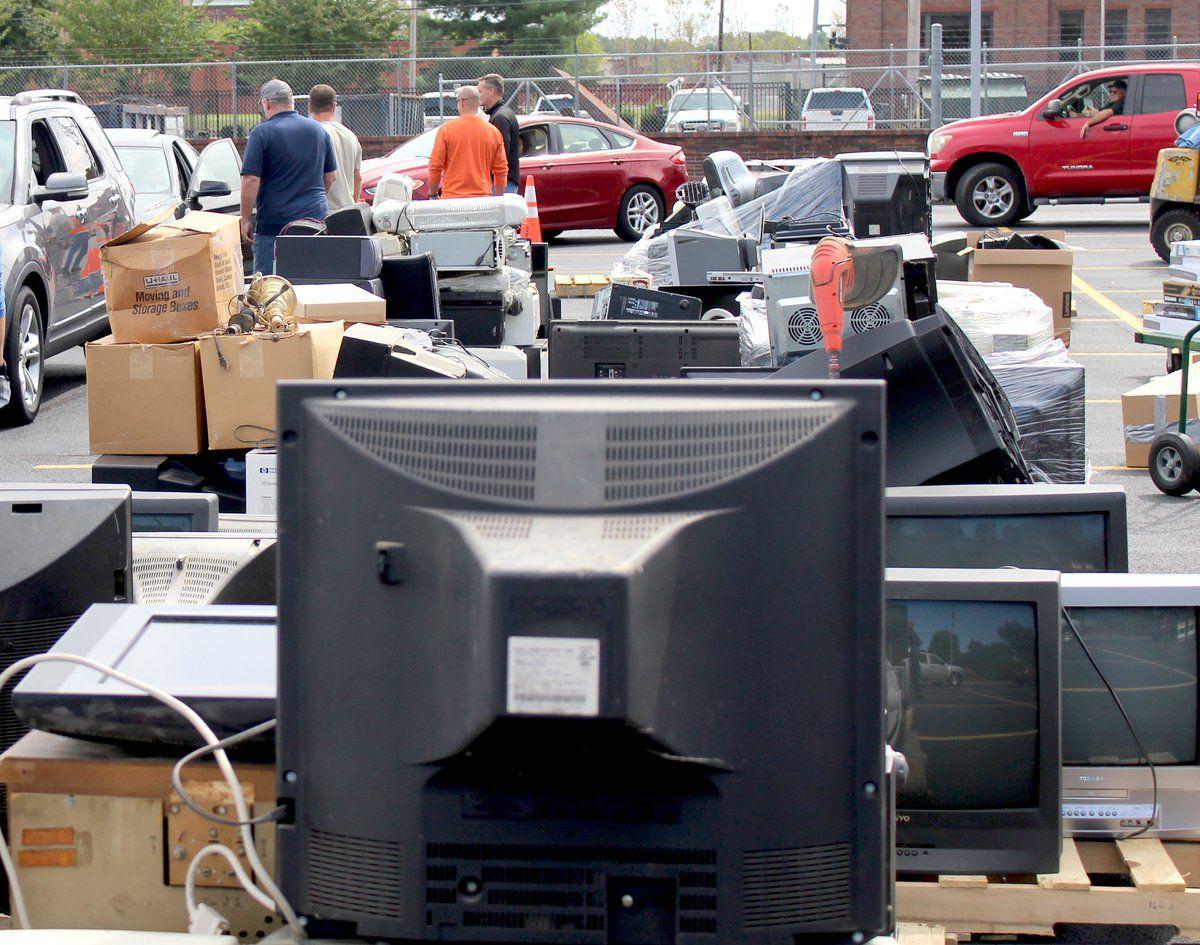 Traffic wraps around the unloading area during Paducah Power System's fourth annual e-scrap collection event. People would pull up next to the area and get help unloading their unwanted electronics by PPS employees. 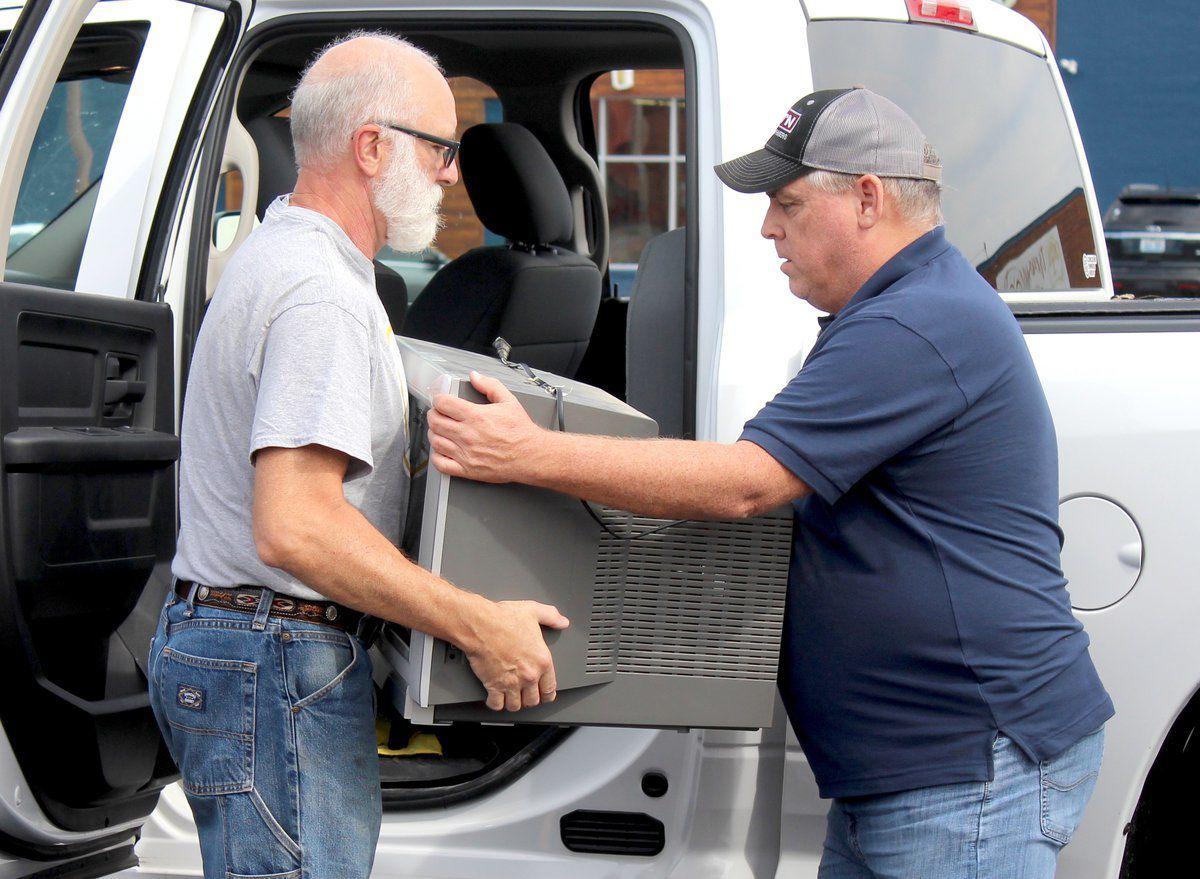 Joe Roetteis (left) of Paducah gets help from Paducah Power System warehouse employee Mark McGregor to unload an old TV during the annual e-scrap collection event Monday in the PPS parking lot off of Broadway.

Traffic wraps around the unloading area during Paducah Power System's fourth annual e-scrap collection event. People would pull up next to the area and get help unloading their unwanted electronics by PPS employees.

Joe Roetteis (left) of Paducah gets help from Paducah Power System warehouse employee Mark McGregor to unload an old TV during the annual e-scrap collection event Monday in the PPS parking lot off of Broadway.

People wanting to get rid of old electronics were able to find an outlet, so to speak, as the Paducah Power System hosted its fourth annual e-scrap collection Monday on its parking lot off of Broadway.

PPS took in used TVs, computers, fax machines, display screens, fluorescent light bulbs and more, and even had one 15-year-old computer that reportedly hadn't been taken out of its original box. Paducah Power System employees formed a drive-up service, as people would drive to an unloading area and employees would help them take their electronics from their vehicles. They stacked items on wooden pallets that would be wrapped in cellophane and forklifted to a safe area.

"Public Power Week is set up by the American Public Power Association, which encourages municipal utilities to use that to bring awareness of the benefits of public power," said Andrea Underwood, Paducah Power director of human resources and community relations. "We started doing this just because there seemed to be a need for it. The only other opportunity to do this that I know of - that's free to do - is when we have the city-county Spring Clean-Up Day each April."

Underwood said that people want to dispose of those old electronics properly, and this event provides a means of doing that.

"Clean Earth Inc., a hazardous waste disposal company out of Calvert City, will pick it up and dispose of everything in the proper manner," she said. "We get everything prepared for pickup and transport for them.

"They're going to make three different trips this week to get everything, because it will take three semi trailers - that's what we had the last couple of years. We had 65 pallets each time."

Traffic was fairly steady throughout the day and increased during lunch hour. Old computer equipment, large-screen TVs and fluorescent lights were the most common items to be dropped off.

"I brought a TV, an old DVD player and a laptop computer," said Joe Roetteis of Paducah. "The CRT (cathode-ray tube) TVs are obsolete, and so is the DVD player. I've been kind of waiting because I didn't want to just throw it in the trash can."