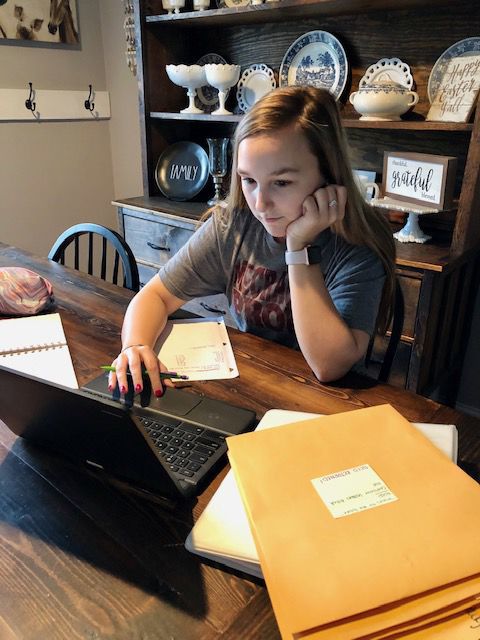 Karlie Wentworth, a McCracken County High School senior, reads an assignment on her laptop from home. Area schools, as well as those across the state and U.S., are now handling classes remote via Non-Traditional Instruction as a result of the global pandemic. 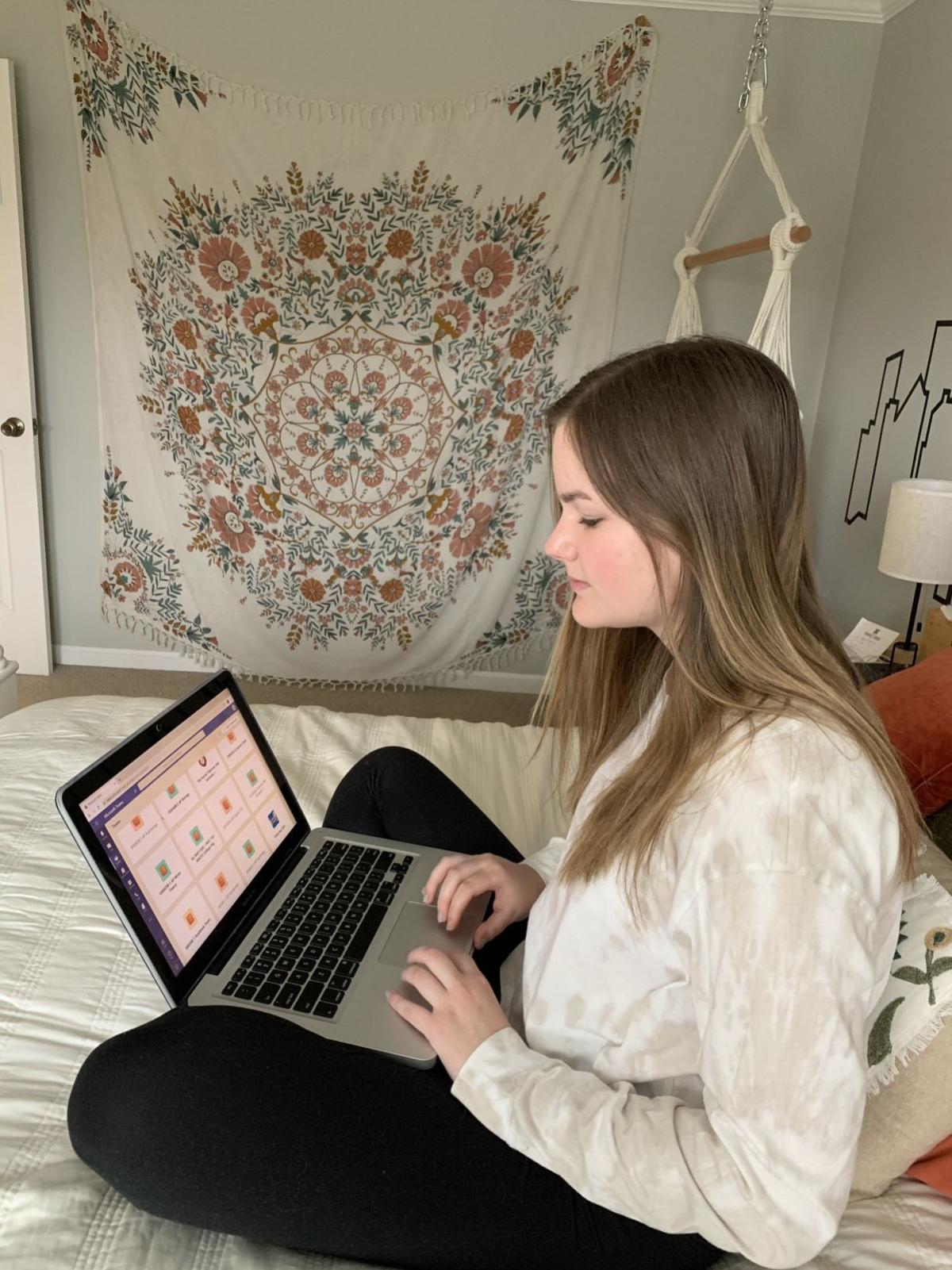 Paducah Tilghman senior Erin Kelly reviews her assignments from home on her laptop. Non-Traditional Instruction has teachers providing lessons remotely, either online or through provided packets. 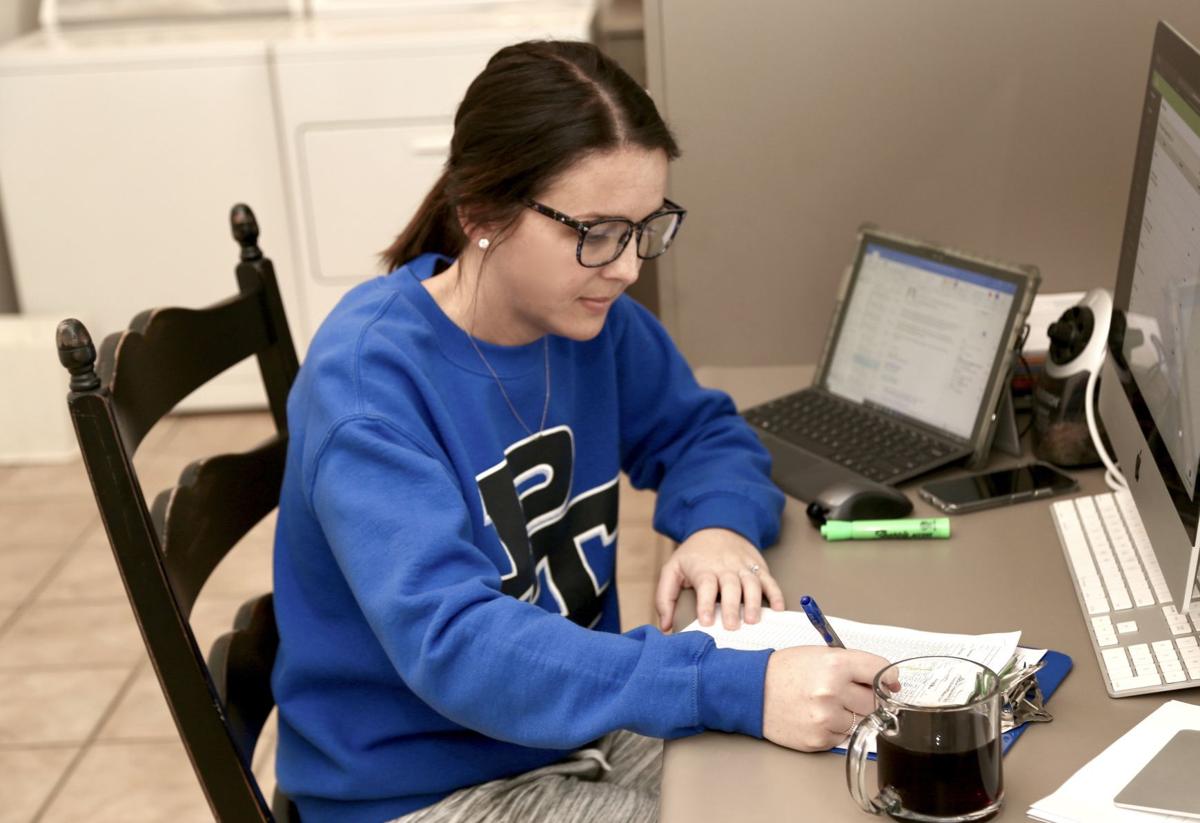 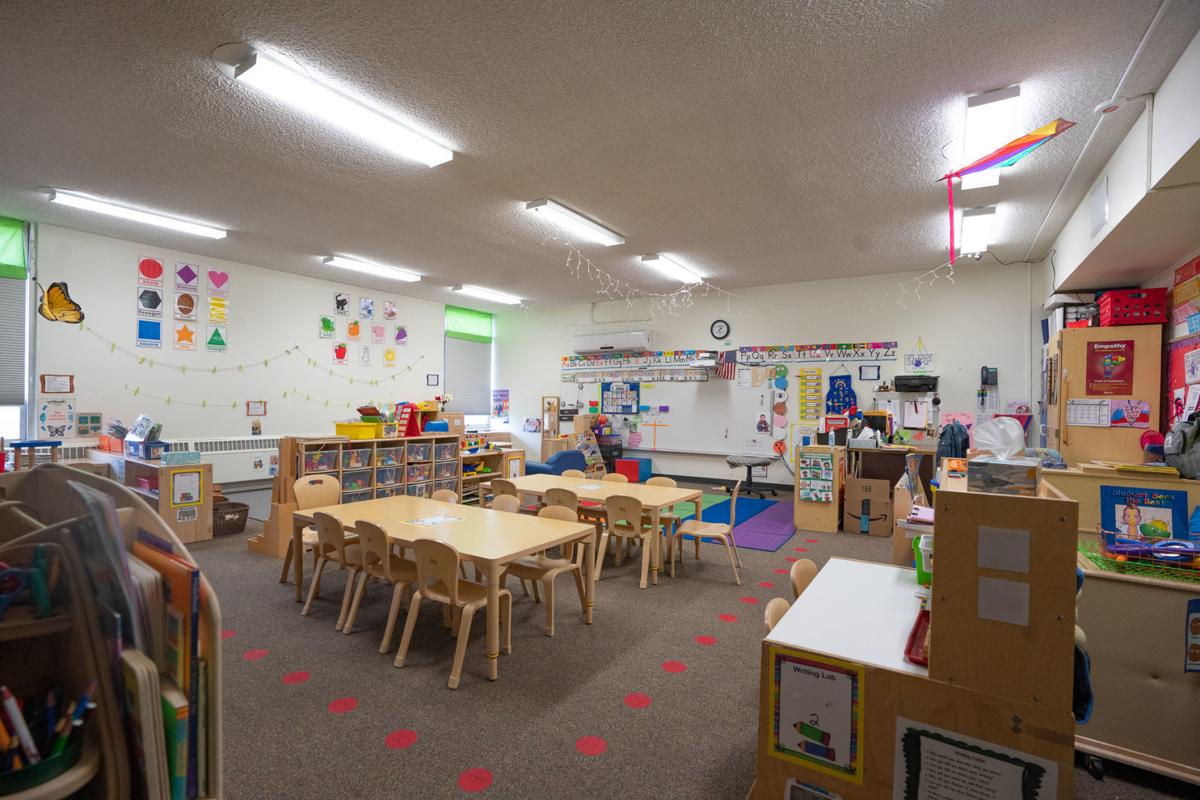 A preschool classroom sits empty at Reidland Elementary as schools in the region are now instructing students and teachers to continue the school year from home using Non-Traditional Instruction until April 17.

Karlie Wentworth, a McCracken County High School senior, reads an assignment on her laptop from home. Area schools, as well as those across the state and U.S., are now handling classes remote via Non-Traditional Instruction as a result of the global pandemic.

Paducah Tilghman senior Erin Kelly reviews her assignments from home on her laptop. Non-Traditional Instruction has teachers providing lessons remotely, either online or through provided packets.

A preschool classroom sits empty at Reidland Elementary as schools in the region are now instructing students and teachers to continue the school year from home using Non-Traditional Instruction until April 17.

Last week, students across Kentucky began getting schoolwork done while staying home. Non-Traditional Instruction — known as NTI — allows those students to work from home, as many adults are now doing.

Districts are required to apply for NTI days — days of instruction that do not have to be made up at the end of the year — at least 120 days before the first day of the school year they are to be used.

The Paducah Independent and McCracken County school districts will extend their NTI days through April 17, although they will also maintain April 6-10 as spring break as it was designated on the school calendar. Those days will not be NTI days.

Erin Kelly is a senior at Paducah Tilghman High School, and she and her classmates get their instructions and assignments through Microsoft Teams, a unified communication and collaboration platform that combines workplace chat, video meetings and file storage.

“(Teachers) can message us and post assignments on there,” Kelly said. “There is also a feature where you can do a video call. … You have a ‘team’ for each of your classes, and under each team, there are different sections: class notebook, assignments and grades.”

Kelly said doing schoolwork through NTI provides students with more independence and allows students to move at their own pace, which she enjoys, but she did not think it would work well if classes were always done online.

“I feel like it really depends on the student,” she said. “Of course, you would have those students who would procrastinate and may be less motivated to get their classwork done on time unless they were prompted by a teacher.

“I don’t have to wake up at 6 in the morning. I like that part of it, but being a senior, I’m kind of sad. These are the last few months of my senior year, and we aren’t sure if we’re going back in two weeks or things like prom and graduation.”

Kelly plans to attend Belmont University and major in interior design. She is the daughter of Keith and Robin Kelly.

Karlie Wentworth is a senior at McCracken County High School. She and her classmates get assignments online through Google Classroom, a free web service developed by Google for schools that simplifies creating, distributing and grading assignments in a paperless way.

“We can submit Google Docs, Google Slides — anything that the teachers are asking,” Wentworth said. “We can upload the assignment (through the program that it is assigned) and then just turn it in.”

As an example of the work she has done so far, Wentworth talked about work assigned from her greenhouse class.

“He assigned a story to read and we answer questions to it,” she said. “He’s also assigned for days that it’s nice and pretty outside that we get to go out and do different things with nature, since it’s (a) greenhouse (class).”

Wentworth plans to attend Murray State University to become an agriculture teacher. She is the daughter of Michael and Teri Wentworth.

From local teachers’ standpoint, Non-Traditional Instruction is uncharted territory as well. Teachers began making assignments from their desks, but almost all are now working from home in an effort to curtail the spread of COVID-19.

Chelsea Saladino is a business and marketing teacher at Paducah Tilghman.

“NTI has been very interesting for me to learn,” she said. “Most people hear that I’m a business teacher — a computer teacher — so they automatically assume that this is my wheelhouse, and I’m ready to go.”

“I’m used to being hands-on with my students, being able to touch their computers and look them in the eye to see, ‘Oh, yeah, I can tell by looking at him that he understood what I just said,’ ” she said.

Saladino said that some classes — especially Advanced Placement classes — have confirmed that all of their students have internet access.

“They are actually teaching online face-to-face with the kids, teaching them conferencing through Microsoft Teams,” she said. “But, some of us … have students who don’t have access. Their only internet connection is maybe a few minutes a day on their cellphones, and they’re using their plans on their cellphones (to do schoolwork), so they don’t want to spend a lot of time because they don’t want to waste their minutes talking to me.”

“Three minutes ago, I sent out a mass message to everybody, and it went to every parent of students in my classes and all of my students,” she said. “It comes across like a text message, and I was giving a general announcement about turning things in, like labeling your work. I’ve already gotten 13 responses.”

This method of instruction takes more time for teachers, because students begin asking questions from the time they receive their assignments and continue communications and questions throughout the day.

“Where one class period in a traditional setting is 52 minutes for us, my class now is lasting all day — and into the night,” she said. “I had one student messaging me at 4 in the morning. It’s a 24-hour process now; it’s all of the time.”

Part of the constant communication includes returning graded assignments with explanations on the incorrect answers and answering questions about that or commenting on the stellar outcomes as well.

Saladino stays positive about the experience, saying it is a good way to teach students more about technology. Another positive that Saladino has seen is more feedback from students who usually don’t give feedback in traditional classes.

“I have heard more from them than anybody,” she said. “That’s been really exciting, too, to see that they really are interested, and this is just their time to shine.”

April Griggs is a third-grade teacher at Reidland Elementary. She and other teachers received forms from Tina Hayes, the McCracken County director of elementary instruction, with examples of how to prepare lesson plans for NTI days. Teachers used the forms to fill in their own lesson plans.

“We tried to choose activities that the kids could do at home without a lot of supplies,” she said. “We didn’t want the parents to have to go out and buy extra manipulatives or supplies.”

Griggs also set up a Facebook page prior to classes being dismissed indefinitely to help students’ parents communicate with her. She said that all but one of her students had internet access, and the one student was going to a family member’s house where internet access is available.

“They had a paper copy of 15 days’ worth of work,” she said, which would get the students to spring break. “Our grade-level team is in the process of creating additional days’ work, should those days be extended and we need more than 15.”