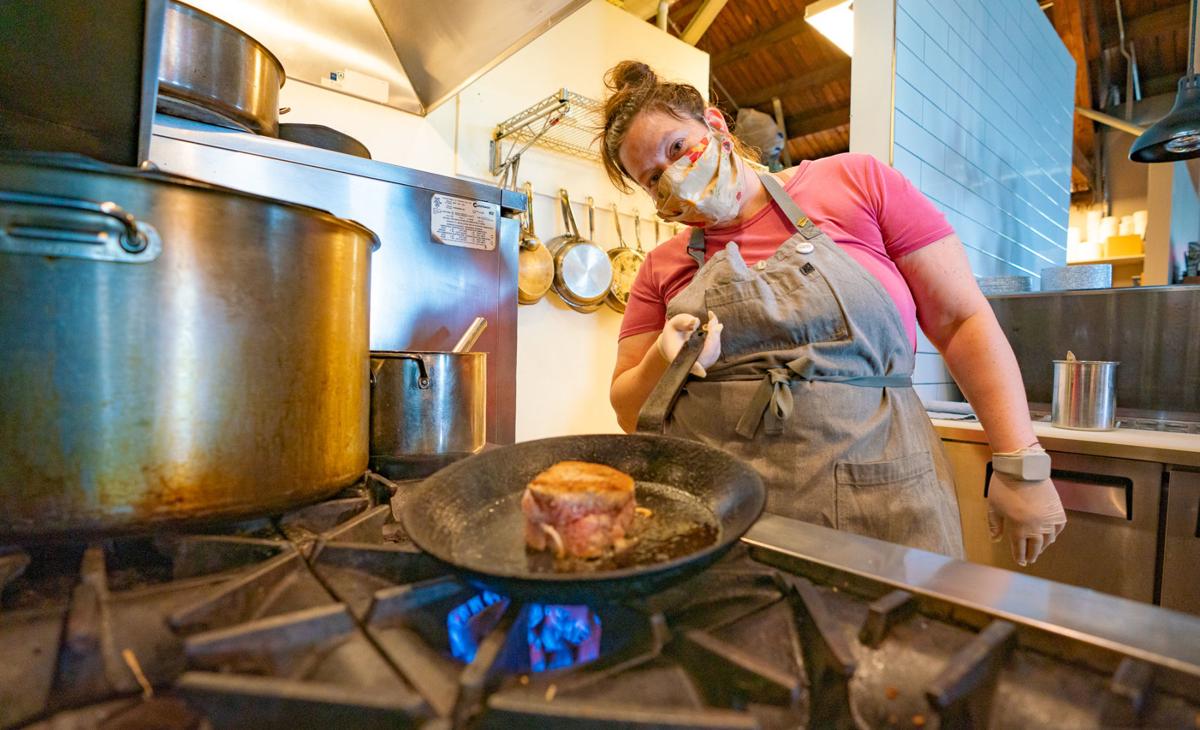 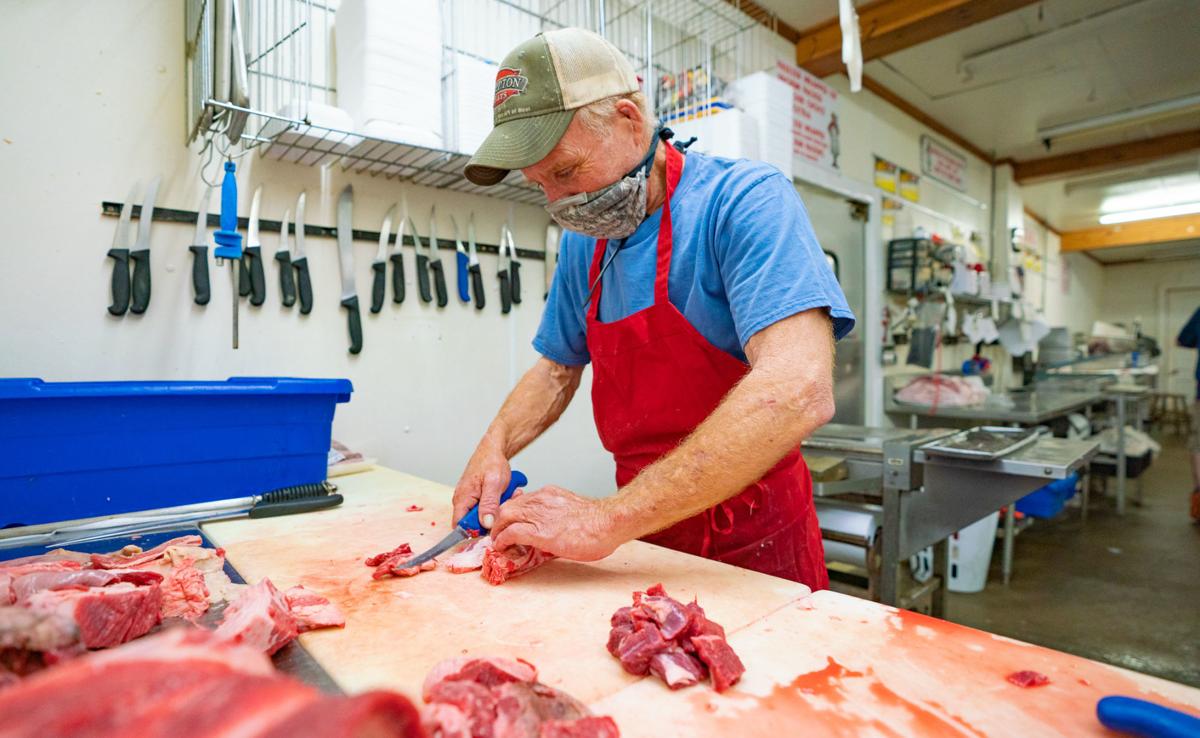 Jim Boutwell, of Paducah, works as a meat-cutter Saturday morning at Hughes Market and Meat Processing at 8705 Ogden Landing Road in West Paducah.

Jim Boutwell, of Paducah, works as a meat-cutter Saturday morning at Hughes Market and Meat Processing at 8705 Ogden Landing Road in West Paducah.

When it comes to beef — and the meat industry overall during the COVID-19 crisis — there is no shortage of challenges for local businesses.

Meat-related concerns in the wake of the coronavirus run the gamut from product to processing to pricing, according to local business owners who rely on the industry.

Because he deals with several different brokers, Hughes says he can usually get what he wants, but the quantities are likely to be different.

When it comes to beef, Hughes said the shortage is not in the amount being produced. The problem is the supply chain further away from the farm.

“This is something the American people have never come across,” he said. “In all of history, take World War II, manufacturers needed people to work.

“Well, all the men were overseas, so the women went to work. Now it don’t matter if you’re a man or a woman, they’re not working in these plants because of the virus,” he said.

Pricing is particularly volatile, Hughes says, and not just for beef.

“Pork is the biggest issue right now,” he said. “There’s one (processing) plant that I know of that went back to work. They’ve got 1,200 employees and only 400 showed up.

Because of that, “I can hardly set prices because I get some from one (supplier) and some from others and I turn around and it costs me more. My profit margin’s going to hell,” he said.

Sara Bradley, owner of the Freight House downtown, hasn’t seen a dip in her supply yet.

“We’re still able to access all the meat that we need,” she said. “That’s because what we have is a little more, I would say, custom, than just regular commodity.

“One of the things that we do is we have a specific grind that we get for our hamburgers, so it’s not the same as everybody else, like what’s going in to the grocery stores and stuff like that.”

The Freight House uses a lot of prime beef and cuts that are sometimes under-utilized by other merchants.

“We haven’t seen a huge problem with availability, but we have seen an increase in the price of beef,” she said.

“What that means is I don’t want to have to jump the gun and have to start charging people more for items. I’m hoping that everything will equal out and that it will come back to being able to charge what we usually charge.

“So we haven’t raised the prices any yet, but we’ll see how that plays out.”

Bradley has also seen a dramatic increase in the price of pork.

The restaurant owner said it is particularly important, particularly with COVID-19, to support local businesses.

“We like to buy locally as much as we can, so we are still continuing to support people we know are having just as hard a time as we are,” she said.

Andy Carloss is owner of Midtown Market in Paducah.

“What we’re seeing, the thing that has increased the most (in cost), obviously, is ground beef,” he said. “And some of what I would refer to as stew meat, ground chuck, things like that.

“A lot of our ‘bread and butter’ has always been our top two-thirds choice and prime steaks and I haven’t really seen a big change on ribeyes or beef tenderloin and things like that just yet,” he said.

Because the demand for beef is high, the price could increase on the type of items Midtown sells a lot of, Carloss said.

Meat makes up a large portion of Midtown’s overall business.

“We’ve got a meat shop where we hand-cut steaks made to order, and we sell a lot of steak burritos, steak quesadillas, things like that,” he said.

“If we’re selling a steak burrito for $4.99, but if all of a sudden our cost on that is $7.99 a pound, instead of raising our price to charge somebody for a steak burrito, we just say ‘let’s take it off our menu’ until the distribution kind of works its way out.

“It’s not really a beef problem, it’s more of a distribution problem.”

Carloss, like the other business owners, is ready for the economy to open back up.

“Right now, we’re just kind of encouraging staff and customers to take it day-by-day, week-to-week, and don’t think too much into the future. Don’t be obsessed with something we can’t control,” he said.

“I’ve been telling my staff, we’re going to get back to normal ... we just don’t know what normal is right now.”