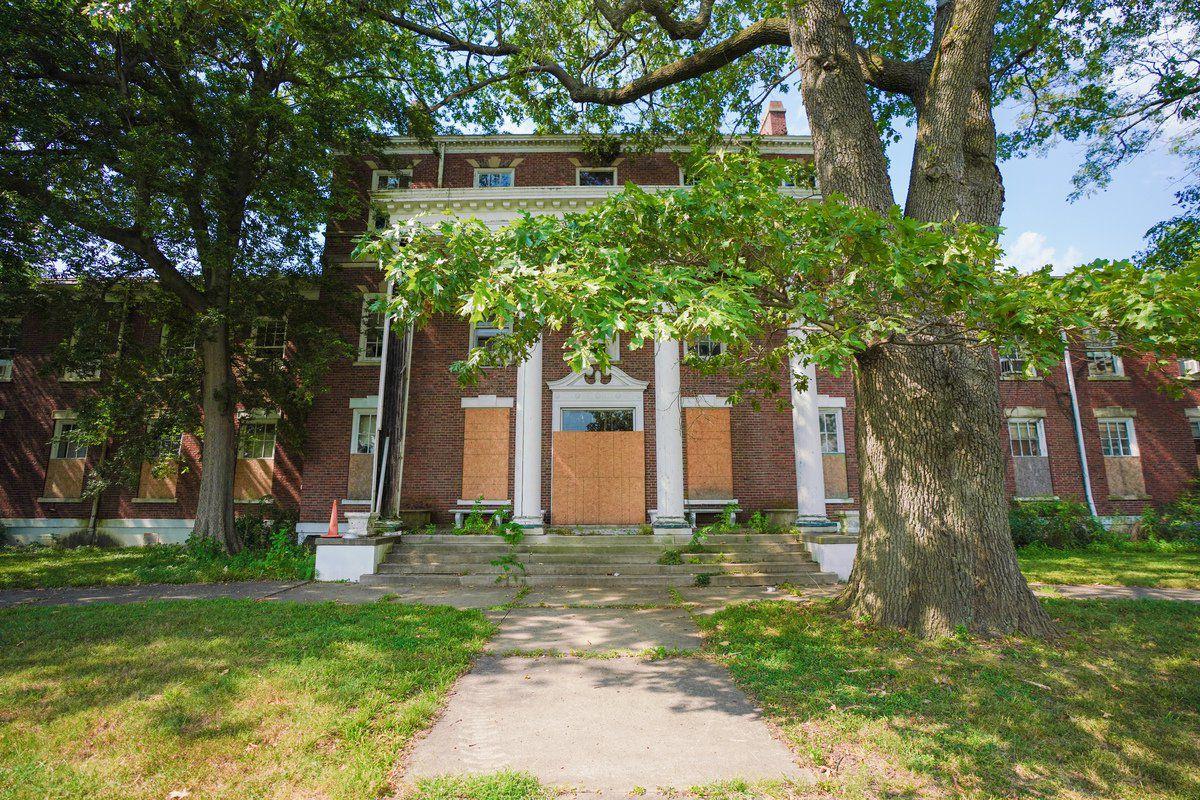 Established as a hospital for Illinois Central Railroad, Paducah's historic Katterjohn building, today, sits unused and dilapidated in the 1400 block of Broadway. 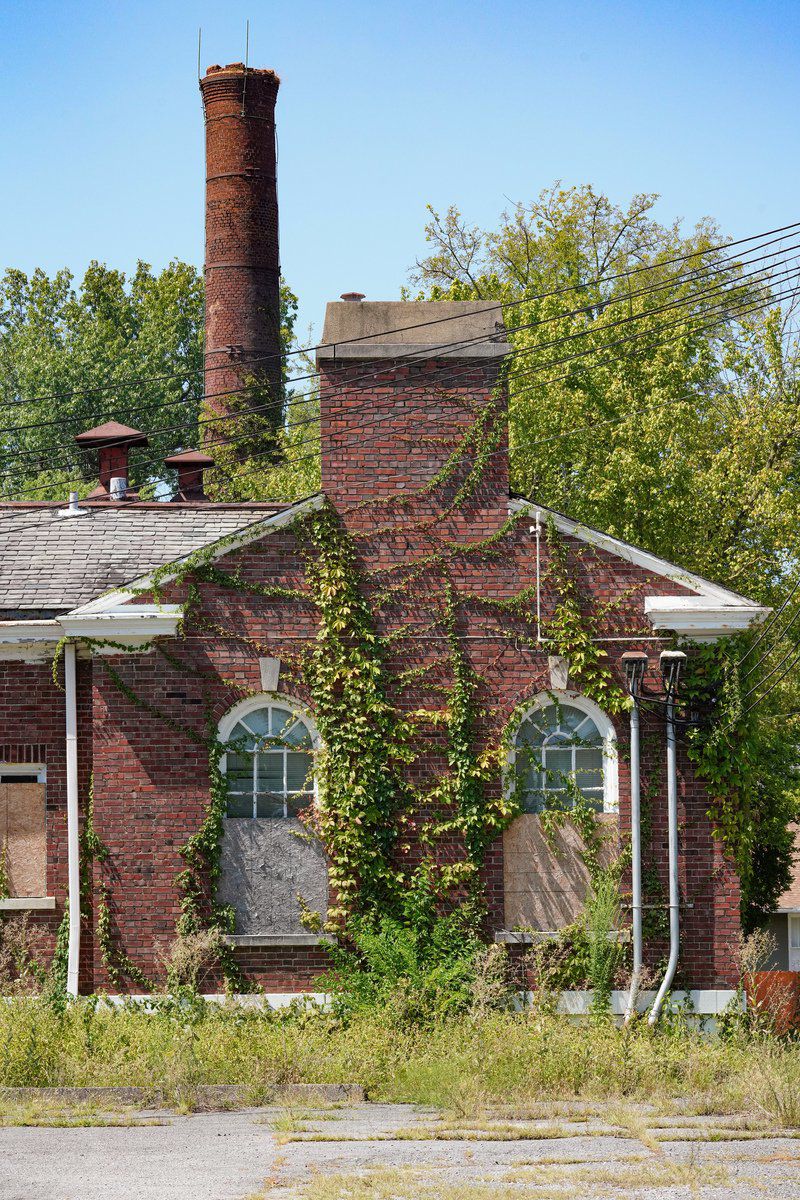 The future is uncertain for the Katterjohn building, but options are being pursued that would allow the building to stand. 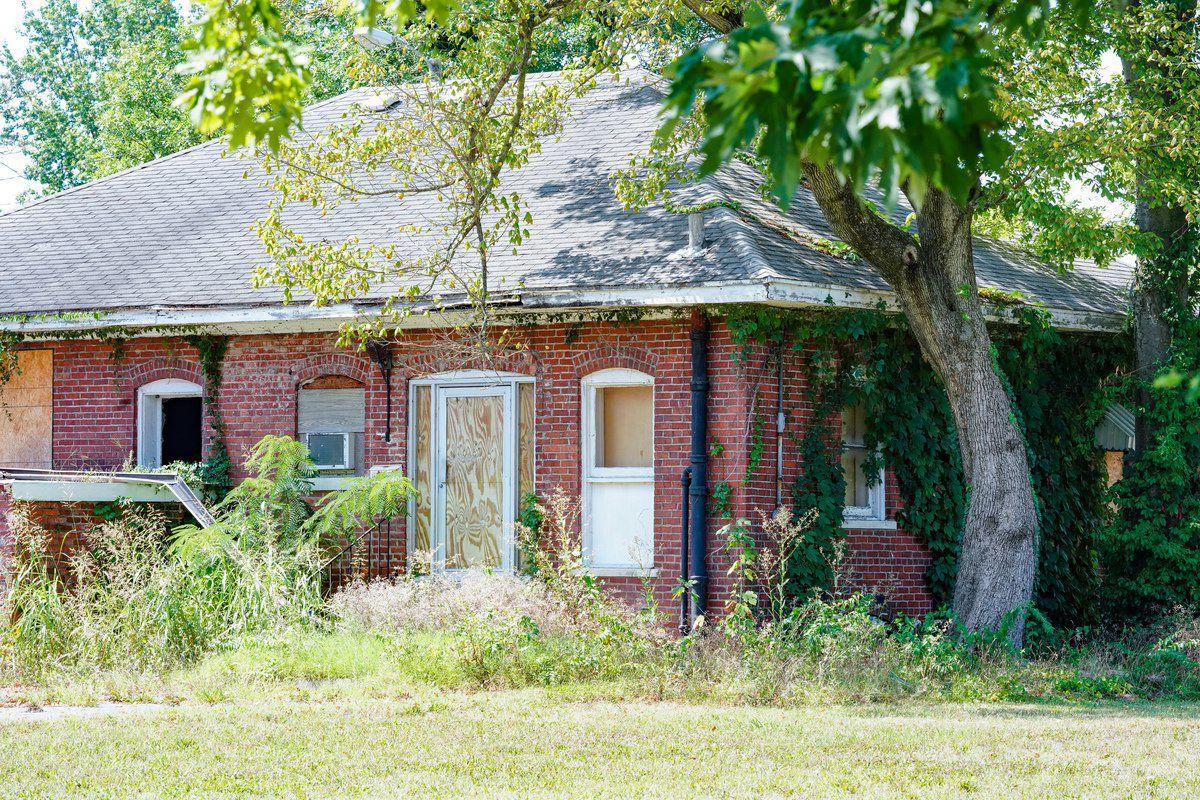 One of a few buildings that sit unattached to the larger Katterjohn building. Although many of the entrances and windows have been boarded up and locked, vandalism and broken glass continue to pose problems for the owners of the property, photo right.

Established as a hospital for Illinois Central Railroad, Paducah's historic Katterjohn building, today, sits unused and dilapidated in the 1400 block of Broadway.

The future is uncertain for the Katterjohn building, but options are being pursued that would allow the building to stand.

One of a few buildings that sit unattached to the larger Katterjohn building. Although many of the entrances and windows have been boarded up and locked, vandalism and broken glass continue to pose problems for the owners of the property, photo right.

This much is certain about the brick building that sprawls the length of the 1400 block of Broadway: It's a piece of Paducah's history, and it was built to last.

What will become of the former Illinois Central Railroad hospital, commonly known as the Katterjohn building, is less clear.

"We care about the building, and we want it to be preserved if it can be preserved," said Bobby Miller, an attorney and member of Paducah Historical Properties, LLC, the private group that owns the building.

"We're hopeful that something good can occur, but we're also going to have to look at the possibility of tearing it down. The status quo can't exist forever," he said.

The last renters left the building in the early 2000s, and the property has fallen victim to the occasional act of vandalism in recent years, Miller said. The owners have dealt with that problem "continually," boarding up broken windows at their own expense, but the group understands the need for something more to happen.

"We're willing to look at all options, and frankly, we're willing to donate the building if there's an available use that somebody wants to put it to," Miller said. "We want to make sure everybody understands we have no desire to tear this thing down."

A railroad magnate, Collis P. Huntington, first established the hospital for Illinois Central Railroad employees in a frame building on 14th and Broadway in 1884. The building burned in 1917, and was rebuilt in the same area. It reopened in 1919, according to Sun archives.

Renovations in the 1950s upgraded the hospital to hold 134 beds and added a home for nurses on the property. It came to employ at least 85 people; other Illinois Central hospitals were located in Chicago and New Orleans.

Rumors began by the late '50s that the railroad intended to sell the property, and other buyers began eyeing it, despite vocal protests from the railroad employees who relied on the hospital for health care.

Broadway Methodist Church also considered purchasing the property for use as a senior living facility. The renovations, however, would have cost an estimated $700,000, leading one spokesman to describe the church's plan as "prohibitive and impracticable." Other potential buyers would echo that sentiment 60 years later.

George Katterjohn, a businessman and contractor whose buildings continue to stand to this day, bought the hospital in the summer of 1957. His plans, the Sun reported at the time, were to turn the former hospital into an office building that would function as "primarily a medical center."

Few articles from the late '60s or '70s exist, but by 1982, Katterjohn had turned the upper floor of the property into a "private haven." He used the second floor to showcase collectibles like crystal chandeliers and stained glass windows he'd saved from the "beautiful, magnificent old homes" he'd torn down as a contractor during the Great Depression, according to Sun files.

The bottom floor remained dedicated to doctors' offices and other commercial space.

The current group of owners purchased the building at auction in 2002, paying $253,500, Miller said.

The listed members of Paducah Historical Properties, LLC are Miller, the John P. Eckstein Revocable Trust, the Cynthia L. Erickson Revocable Trust and Robert Petter Jr., according to a 2018 annual report filed with the Kentucky Secretary of State.

They poured $100,000 into the structure after they first purchased it in an attempt to keep the tenants there, but it soon became evident there were more desirable locations to rent, Miller said.

That's left the group trying for more than a decade to find either a buyer or a nonprofit entity that would accept the structure as a donation, Miller said.

"We've probably had over 100 different organizations or people look at it for the purposes of buying it or developing it. We've offered to donate it," he said.

Miller estimates it would cost several million dollars to properly renovate the structure. The roof suffered significant damage during the ice storm of 2009, the heating and air system needs to be upgraded and the building would have to be "totally gutted" and brought up to code, he said.

"It is not economically feasible to totally renovate it and create something that makes economic sense (without using any tax credits)," Miller said.

Even groups that specialize in using historic and other tax credits for developments -- including the company that oversaw the roughly $20 million renovation of the Jackson House and W.B. Sanders buildings -- have looked into their options and declared it unfeasible, Miller said.

The group will continue, for now, to pursue options that would allow the historic structure to stand. The third option, after a charity or private developer, is the least desirable, Miller said.

Demolition, he estimated, could cost at least $500,000, but the history that would be lost would be priceless.

"They built it to last forever, and I can't imagine it coming down," he said.