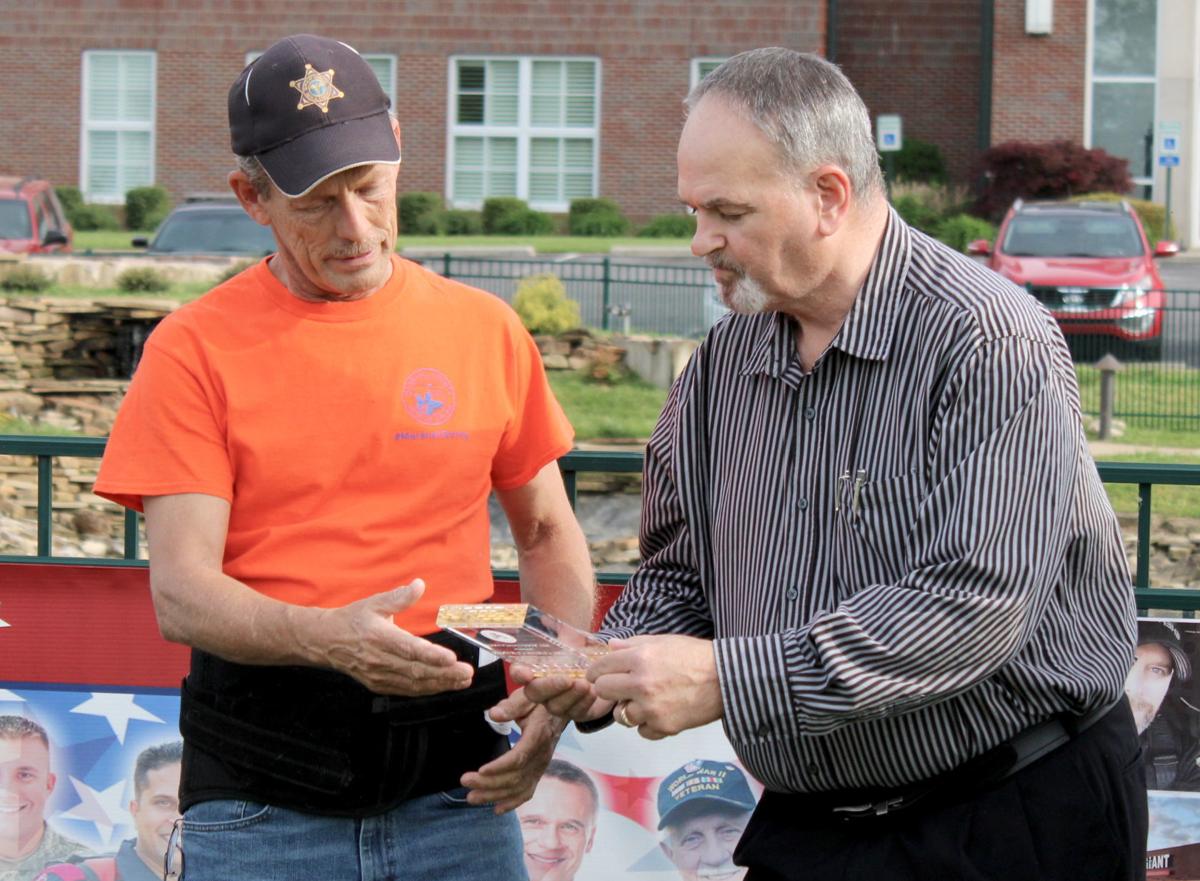 Curt Curtner (left) receives the 2020 Bill Wood Legacy Award from Gary Wood, the son of the award’s namesake, in a ceremony Thursday at CFSB in Benton. After the presentation, Marshall County first responders held a parade in the bank’s parking lot. 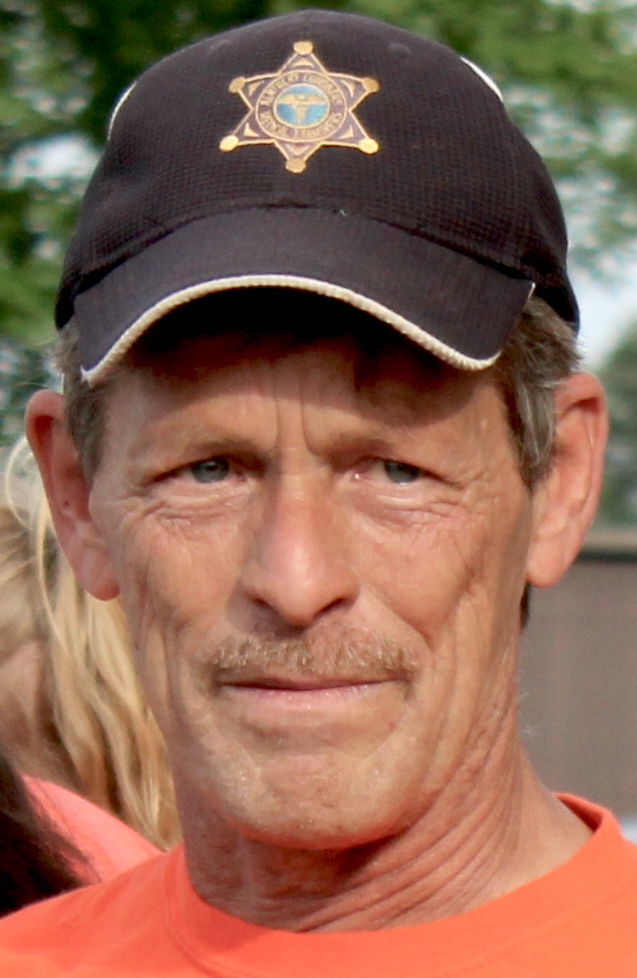 BENTON — Curt Curtner, whose termination as Marshall County’s emergency management director sparked controversy in January, was presented with the Bill Wood Legacy Award on Thursday in a ceremony outside of CFSB.

Curtner served as the county’s director of emergency management from October 2015 to January. Judge-Executive Kevin Neal fired Curtner on Jan. 21, saying he wished to make the position full-time.

Curtner has been involved with the Marshall County Rescue Squad since 1995 and is still active with the organization. He is also a security employee with Westlake PVC of Calvert City and is the county’s deputy coroner.

Curtner said he made it a mission for the rescue squad to have up-to-date equipment, such as search sonar and other electronic devices, as well as maintaining a high level of training. He said the squad has mutual-aid agreements with adjoining counties.

“It leaves me speechless,” Curtner said of winning the legacy award. “It definitely was not something I expected. I’m truly honored.

“It just means a lot because (Bill Wood) was one of the original people that started the rescue squad in the mid- to late-’50s. Between the rescue squad and the Red Cross, he carved the path (for emergency management) out.”

The award was presented to Curtner by Gary Wood, one of two sons of the award’s namesake. Also on hand for the presentation were Bill Wood’s widow, Nancy; one of his three daughters, Catrina; and his sister, Wanda Green.

“We talked about it as a family,” said Gary Wood about the determination of the award winner. “There was no doubt among us about giving it to (Curtner).

“Curt was chosen for his tireless, never-ending commitment he has to the Marshall County community. He has shown and proven his dedication, love and admiration for the citizens here.”