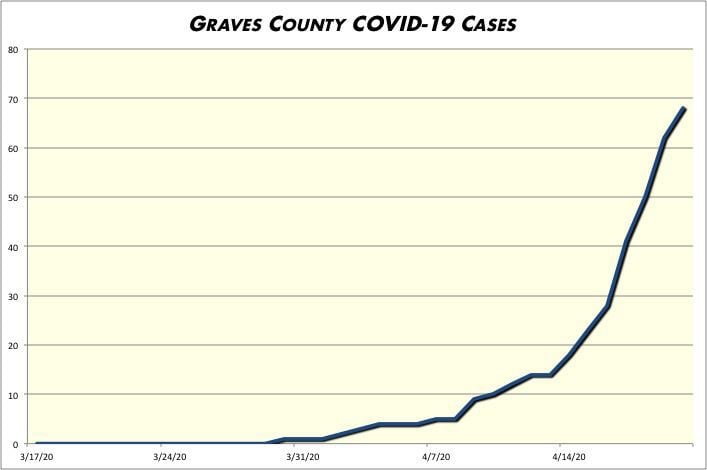 The number of COVID-19 cases in Graves County has more than tripled in the last seven days, rising to 68 as of Monday. Most of the cases are connected with Mills Nursing and Rehabilitation in Mayfield. 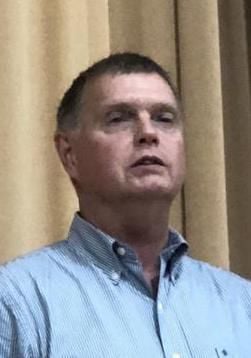 The COVID-19 case total in Graves County continued to climb Monday as the local health department issued a statement confirming the count had risen to 68, more than tripling from its reported total of 18 a week ago.

That adds six new cases since Sunday that range in age from their 20s to their 90s.Most of the positive tests in the county can be linked to Mills Nursing and Rehabilitation in Mayfield, Graves County Health Department Director Noel Coplen told The Sun. Of the 68 cases, it’s been estimated that around two-thirds are connected, including both COVID-19-related deaths in the county.

Testing at the facility, Coplen said, has been “fairly significant” and he anticipates the county’s case count to keep rising in the coming days.

“As we’ve seen over the past few weeks, testing ability has really ramped up. That’s changed really quick,” Coplen said. “There’s a lot of tests out there pending, so I would expect the total to continue to climb.”

Through all of this, Coplen continues to emphasize the importance of social distancing in preventing the spread of COVID-19.

“We can see in several of the cases that they would not have occurred if people were doing social distancing. That cannot be stressed enough.”

As the count continues to rise in Graves, two bordering Purchase Area counties — Carlisle and Hickman — have yet to report a case.

While it’s hard to accurately attribute reasoning to the lack of cases in these counties, Purchase District Health Department (PDHD) Public Health Director Kent Koster believes their population is the simplest explanation.

“Their population is small. They’re very rural. They may be a population that does not travel as much as maybe more populated counties because a lot of your positive cases have been related to persons who have traveled,” Koster said. “There’s also probably fewer people who are traveling to visit these rural populations.”

Carlisle County Judge-Executive Greg Terry, who chairs the PDHD board of health, is thinking along those same lines.

“Small population is one thing and there’s not a lot of business going on in our communities,” said Terry. “Most of the businesses in these small communities are closed.”

Terry also speculated that there may just not be many people getting tested in those counties.

“We’re not showing a lot because there’s not a lot of testing going unless you have a fever or you to go to the doctor,” the judge-executive said. “If we were all testing, there may be a whole bunch of it here. Of course I don’t think that but it’s possible.”

All of these counties have medical facilities capable of administering and sending off COVID-19 tests, Koster added.

Elsewhere in the Purchase Area:

• The total number of cases in McCracken County rose to 30 Monday with the addition of a 49-year-old male to the total.

• Fulton County reported its first positive case Sunday, as confirmed to The Sun by Koster.

• Marshall County’s total increased to 14 with a health department announcement on Monday. The new patient is a 31-year-old female currently home in self-isolation.

• The total reported case count in Calloway County is 20 cases, as of Monday afternoon. Calloway’s health department has not reported a new case since April 16.

During his Monday afternoon update on COVID-19 in the state, Gov. Andy Beshear announced 102 new cases in Kentucky, bringing the statewide total to 3,050.