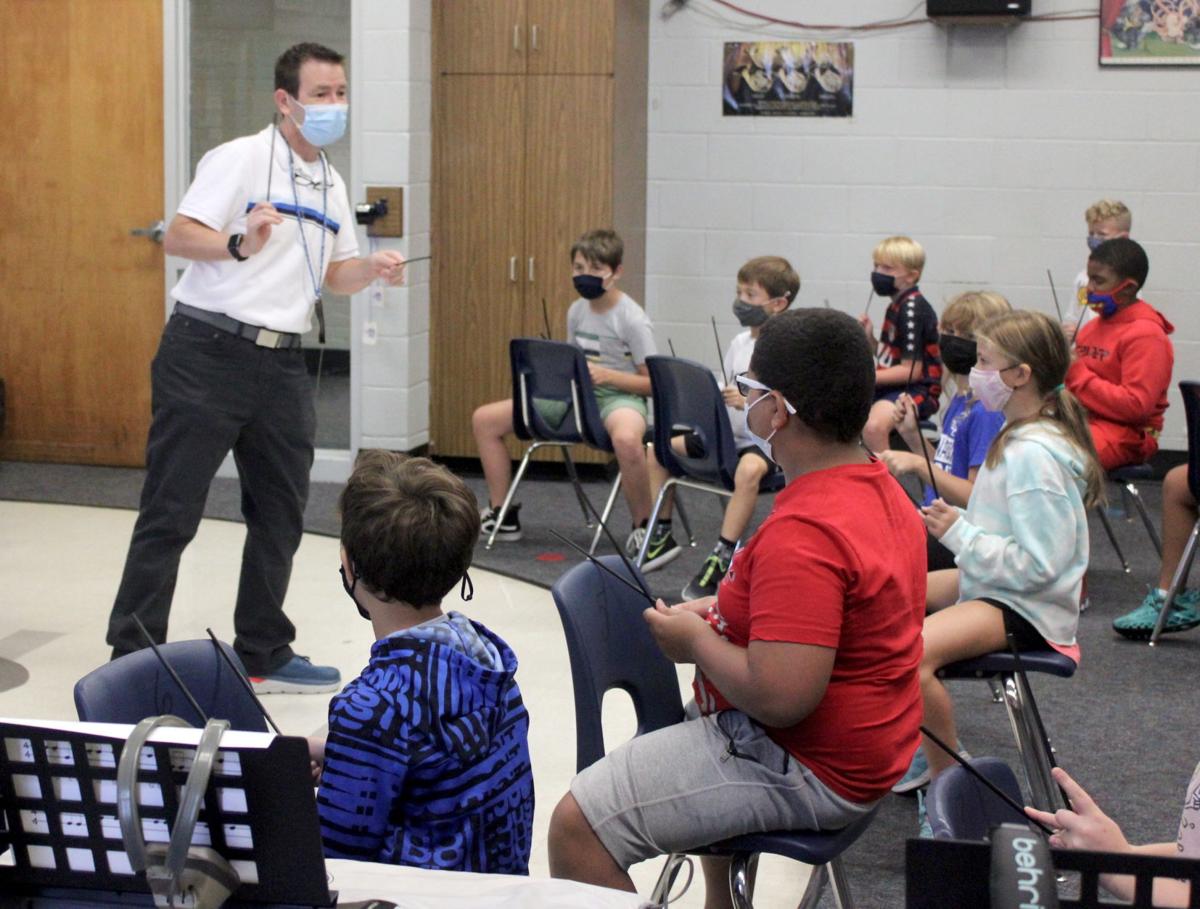 Clark Elementary School music teacher Dale Julian teaches his students about how to mark time in a 4/4 measure by having them beat the backs of their chairs with recorder cleaners like a drum to the 1972 song “Pop Corn.” 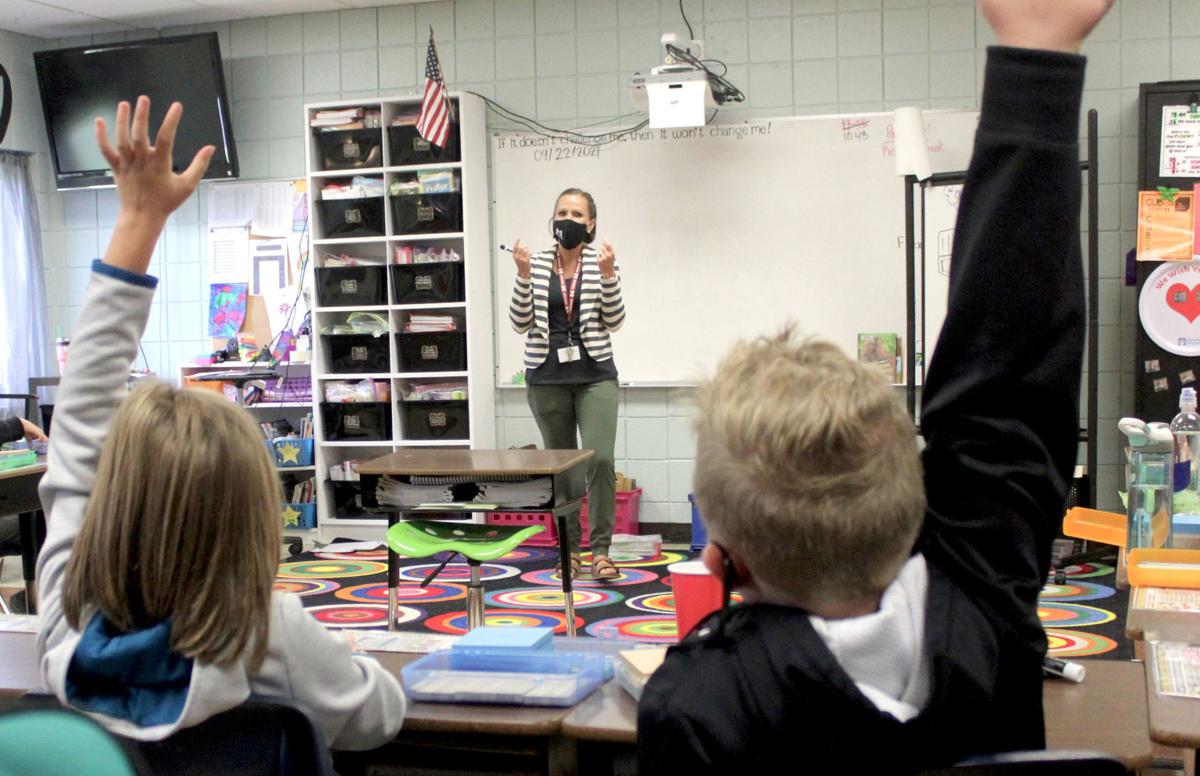 Bailey Wolfe of Hendron-Lone Oak Elementary School coaxes answers from her second-grade math students who are learning how to subtract using multiple-digit numbers.

A poll released Monday by WalletHub found that Kentucky is the 16th-best state for teachers.

The research for the poll had two weighted categories: Opportunity and Competition and Academic and Work Environment.

Opportunity and Competition was weighted to be 70% of the score, while Academic and Work Environment was 30%.

Dale Julian is a music teacher at Clark Elementary School who has been in the Paducah school system for 24 years.

“I started at Morgan and came over here after about seven or eight years,” he said. “Paducah city schools — particularly with the arts and humanities — is so supportive. It’s one of the reasons why I love working here.

“With music in particular, I just love introducing the kids to that: letting our kids know that they’re going to get to enjoy music every day of their life. Whether it’s in their car or whatever job they have, really, music makes it better.”

“I’ve been sharing that love with them, helping them be able to appreciate it,” he said. “I help them to understand the instruments that they hear, being able to read music — kind of teaching them a new language.”

Bailey Wolfe is a second-grade teacher at Hendron-Lone Oak Elementary School who was actually a student in that school. She said she was inspired to become a teacher by her teachers there.

“I always wanted to be a teacher,” she said. “I was what some people might call ‘bossy’ or what others might call ‘assertive.’ I loved playing school, and I mirrored my teachers that I had in this same building.

“It’s a job I do not take lightly. I think it’s exciting, having a job so important. It is very motivating.”

Wolfe said teaching was “the best job in the world.”

Kentucky ranked 17th in the Opportunity and Competition category and was 24th in Academic and Work Environment.

The state topped the list of lowest projected teachers turnover, a positive ranking.