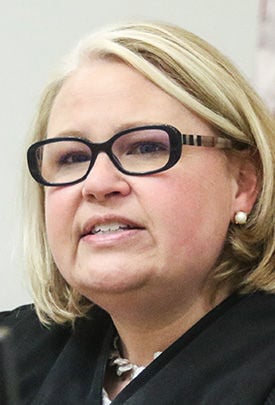 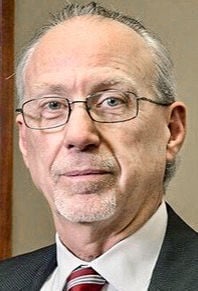 OWENSBORO — A judge has ruled the Confederate monument on the courthouse lawn belongs to the Daviess County government, not to the Confederate organization that claimed ownership of the statue last year.

Daviess Circuit Judge Lisa Payne Jones granted a motion the county filed, asking her to rule the statue belonged to the county without having to have a jury trial.

Jones’ ruling says the statue is the county’s property “to dispose of as they choose.”

The ruling also vacates a temporary restraining order that was imposed last summer, preventing the county from removing the statue from the courthouse lawn

The Kentucky Division of the United Daughters of the Confederacy sued Fiscal Court last year, after county officials began discussing moving the statue off the courthouse property.

County Judge-Executive Al Mattingly said previously he has had discussions with an undisclosed party about taking the statue.

The statue was unveiled in 1900. The Kentucky UDC argued it has owned the statue since 1970, when the John C. Breckenridge UDC Chapter 306 dissolved.

The county had the statue listed on the registry of historic places in 1997. In 2019, the Kentucky UDC was created, and listed the statue as belonging to the group.

In her ruling, Jones wrote there’s no record that the Daughters of the Daviess County Confederate Association or Chapter 306 ever tried to claim the statue was their property.

Jones wrote that Chapter 306 never “exercised any authority over the monument” after the statue was unveiled.

“There is no question from the record that once the monument was unveiled, its upkeep became sole responsibility of the county,” Jones wrote, and that none of the Confederate groups “acted in such as way over the last 120 years to show a belief that the monument belonged to them.”

Because Chapter 306 never owned the statue, there was no ownership for them to pass to the Kentucky UDC when that group was created in 2019, Jones wrote.

The county has insured and maintained the statue since 1900, Jones wrote.

“They (the county) have acted openly and publicly at all times since 1900 as the sole owner and party responsible for the monument,” Jones said, and wrote the UDC has not provided any evidence the Confederate groups didn’t give up all interest in the statue after it was erected.

Fiscal Court “made the choice to remove the monument,” Jones wrote and that it was the county’s decision to make.

Nicholas Goetz, one of the attorneys representing the UDC, said the group is reviewing the ruling.

“The UDC respects the Courts ruling but of course disagrees with it,” Goetz said in an email. “My clients are taking it under advisement and will be weighing their options.”

“They have 30 days,” Porter said. “We are not going to do anything (with the statue) until that time ends.”

The ruling is “what we expected,” Porter said. “Now we are going to wait to see if they don’t file an appeal. I don’t expect one.”