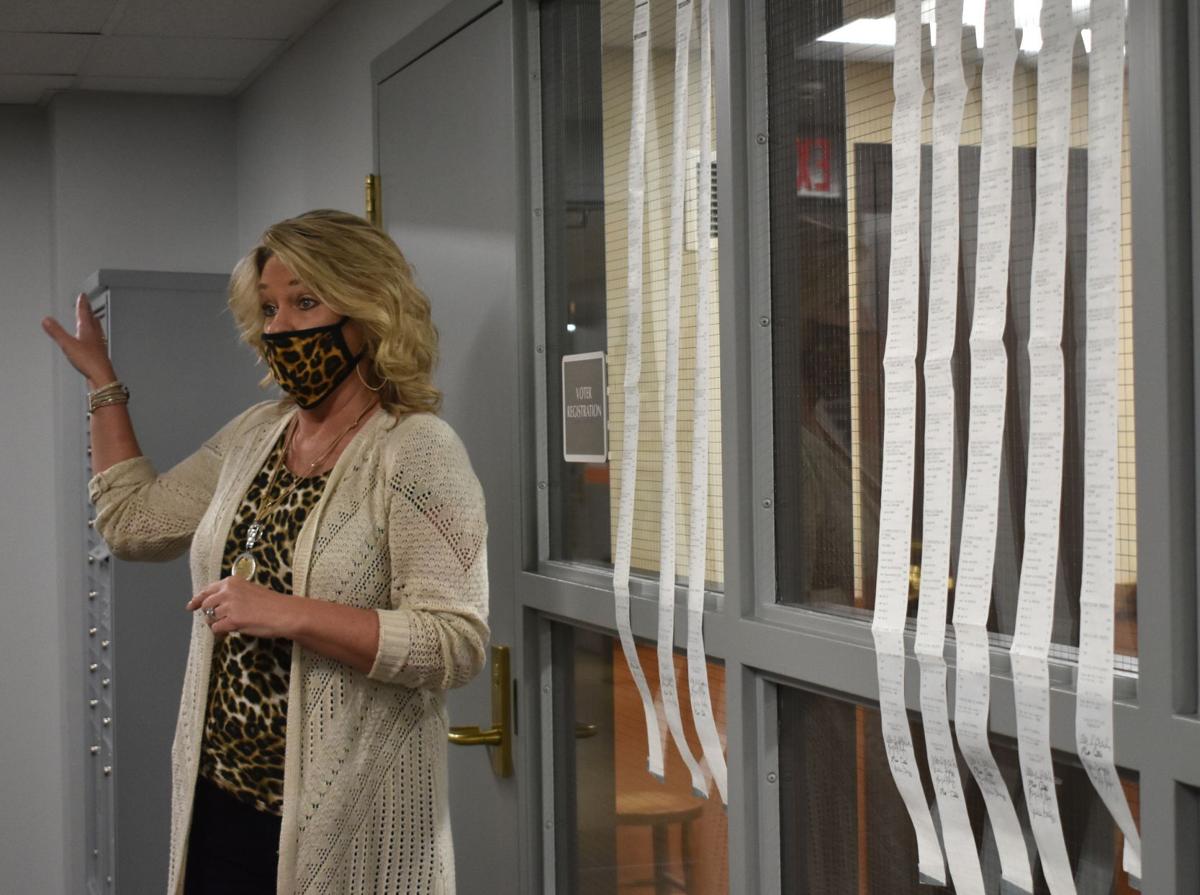 McCracken County Clerk Julie Griggs (pictured) talks to people gathered at the courthouse in this November 2020 file photo, while standing near some election results posted on the windows. She announced Thursday that she won’t seek re-election and has decided to retire after her term ends in December 2022. 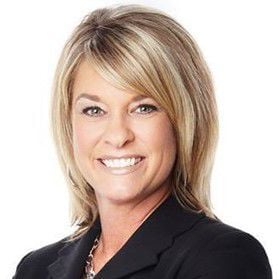 McCracken County Clerk Julie Griggs has announced that she will not seek re-election next year and plans to retire at the end of her term in December 2022, following more than 30 years working in the clerk’s office.

Griggs, who was first elected as county clerk in 2014, shared her decision Thursday via social media.

“I’m soon starting 34 years and I don’t know ... I feel like in a way I’ve grown up there in the courthouse, and I’ve been there so long that I think it’s just time to step down and let somebody else take over,” she told The Sun.

“I feel like I have accomplished a lot of what I set out to do.”

It wasn’t an easy decision for Griggs, who noted that when you’ve been somewhere that long, “your work family is like your second family.”

“I’ve thought about it a lot. I’ve prayed about it a lot, and I just felt like this is the time to do it,” she said. “I feel like — I will be leaving on a good note, and I’m proud of some of the things we’ve accomplished since I’ve been in office.”

In particular, Griggs cited the 2020 election cycle in the midst of the COVID-19 pandemic as one of those accomplishments, along with different grant funding she’s helped secure during her tenure, which included funds for a new software system in the land records department, new roller shelving, and a $535,000 grant from the Center for Tech and Civic Life’s COVID-19 response program for new voting machines.

“I love helping people,” Griggs said, on her favorite part of the job.

“I really do, and I think just knowing that in some way I’ve helped people with — maybe a problem they’ve had, whether it be something with a title on a vehicle — or getting to share the joy of like when people come in to get their marriage license, just seeing them start out their life together.”

She also expressed appreciation to the residents of McCracken County for putting their trust in her, electing her and giving her this opportunity. In her social media announcement, Griggs additionally voiced her support for deputy clerk Jamie Huskey, who has announced plans to run for county clerk.

“She’s kind of in the same position that I was in when I decided to run. She’s been in the office a little over 26 years now, so I can’t stress enough how important it is to have experience when you run for that position,” Griggs said.

“I’m not saying someone that had never worked there couldn’t do the job, but we have so many laws and statutes that we have to go by, and there’s so many things that the county clerk’s office does, so when you’ve worked in the office for that long — that experience is just invaluable. That’s the reason I’m supporting her. I feel like she’s got the experience, the knowledge, what it takes to be able to run that office.”

The Sun also reached out to Huskey, who said she’s worked in the clerk’s office since 1995. Huskey said she loves the job, loves the county and loves serving people, and Griggs’ support “means the world” to her.

The first day for candidates to file with the clerk’s office is Nov. 3 and the filing deadline is in January, Griggs said. She noted that if candidates want to go ahead and start raising money, they need to file with the Kentucky Registry of Election Finance, which Huskey has done.