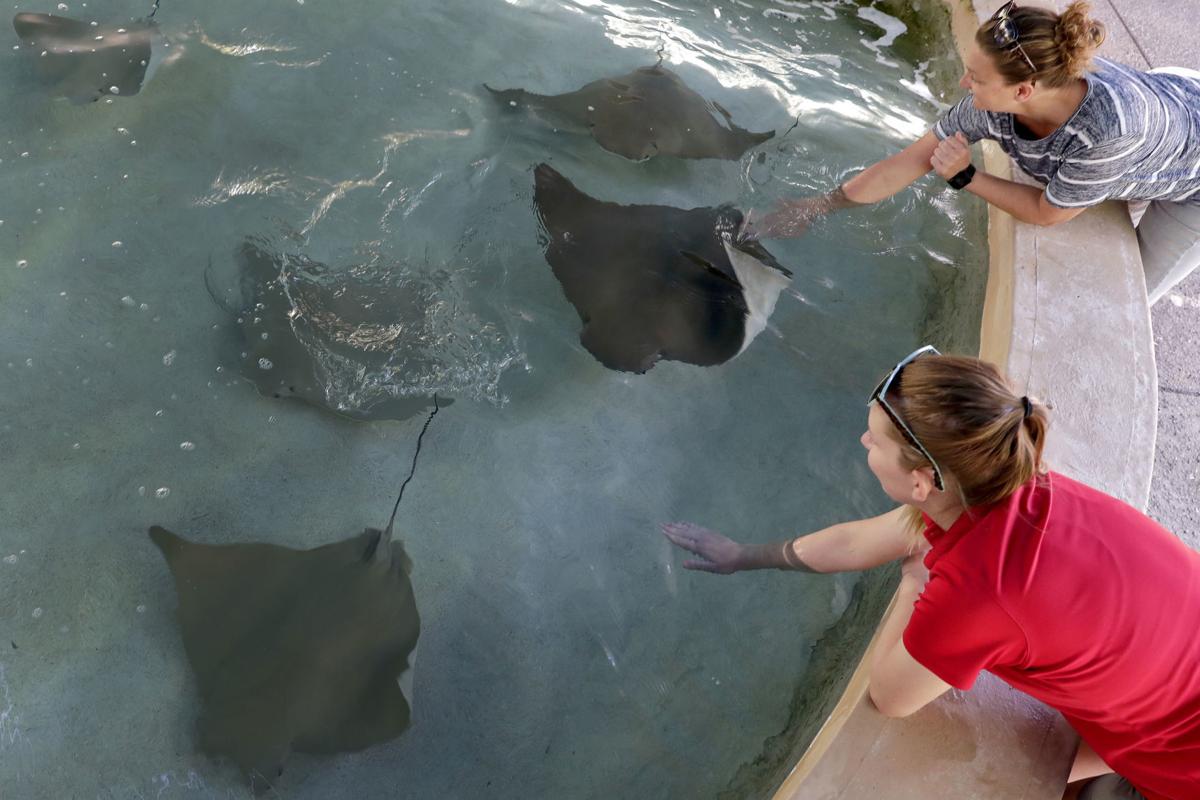 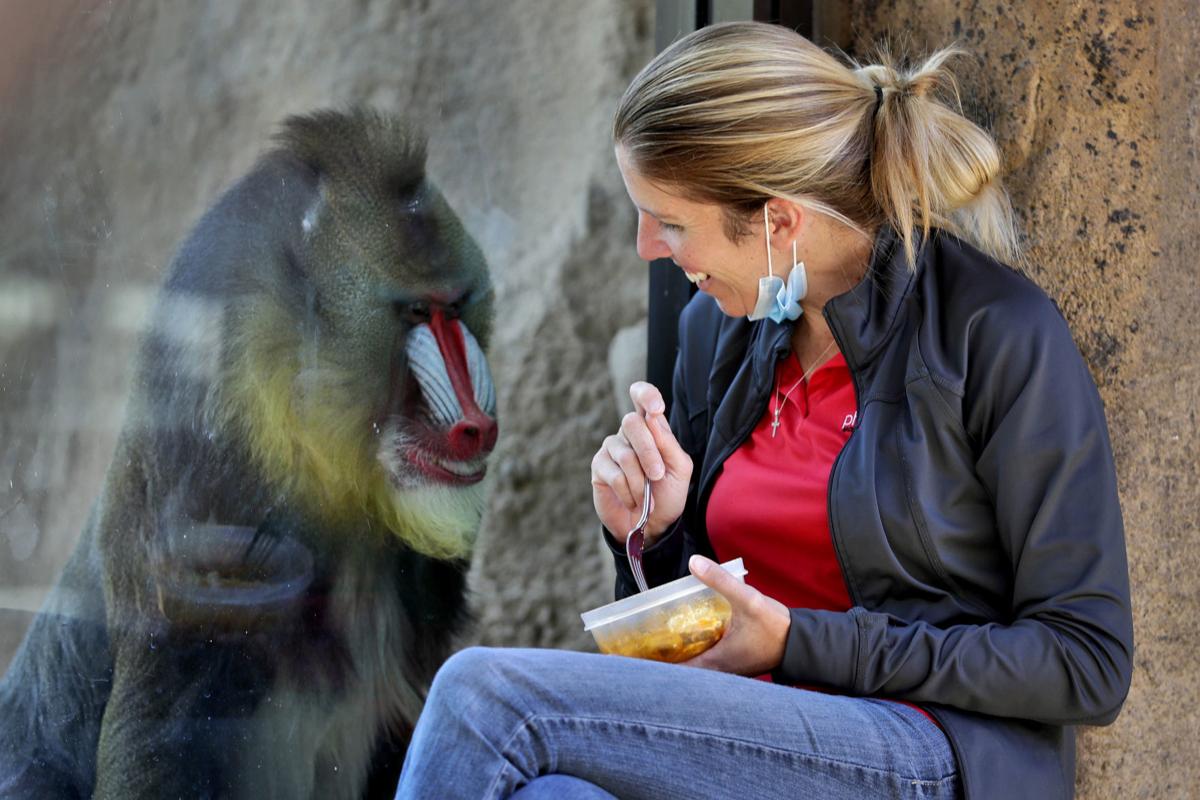 Above: Mary Yoder, primates collection manager, eats her lunch by the viewing glass to keep company with a Mandrill named “Jax” on April 9 in Phoenix. There’s a lot less foot traffic at the zoo since it closed to the public last month due the coronavirus outbreak, and its animals are feeling the impact.

Above: Mary Yoder, primates collection manager, eats her lunch by the viewing glass to keep company with a Mandrill named “Jax” on April 9 in Phoenix. There’s a lot less foot traffic at the zoo since it closed to the public last month due the coronavirus outbreak, and its animals are feeling the impact.

PHOENIX — There’s a lot less foot traffic at the Phoenix Zoo since it closed to the public last month due the new coronavirus outbreak, and its animals are feeling the impact.

Zoo employees told the Arizona Republic that some of the animals have had definite changes in behavior that they attribute to the sharp decrease in human interaction that they’re accustomed to.

Employee Becky Manning said the zoo is typically only closed one day per year and that the goats have made it clear that they miss the crowds.

Typically, the goats receive pets and attention from hundreds of people per day in the petting zoo. They’re not getting that with the zoo closed.

“Anytime we were working in the barn, we would try to come and clean and they were just all on us, rubbing on our tools, not letting us clean,” she said. “They just really missed the attention.”

Manning said employees are using breaks to pet the goats and give them the interaction they’re craving, though it’s still significantly less than they’re used to.

The zoo closed its doors to the public on March 18, but said its employees would still be around to care for the more than 3,000 animals who live there.

Linda Hardwick, the zoo’s communication director who has worked there for 10 years, described the last few weeks as a “surreal” situation.

“This is springtime in Arizona,” she said. “This is when Arizona shines and the zoo does, and it’s just different ... it’s sad.”

Hardwick said the zoo’s nearly 30 stingrays are also used to being frequently touched and handled, adding that staffers are also taking time to give them “extra TLC.”

“There’s a lot going on in the world right now — everybody’s stressed and nervous, not quite sure what the next day is going to bring,” she said. “When we’re here still at the zoo, we try to get out a little bit and enjoy the fresh air, see a little bit of nature and see our animals and give them a little bit of enrichment that they’re really lacking right now.”

Jessica Hintz, a senior primate keeper, said the orangutans and other primates usually like looking through windows at guests and climbing to the top of their exhibit to get a birds-eye view of the crowds below.

But less people means less stimulation for the animals, with Hintz adding that primate keepers have given them boxes to play with and started scattering their food around their exhibit to allow them to “forage and increase natural behaviors.”

Hintz said that, because primates are so closely related to humans, staff members have to limit personal interaction with them as much as possible to avoid spreading illness.

“It’s hard, but it’s hard for everyone around the world right now — everyone’s dealing with things in a very different light,” she said.

Hardwick said the zoo is losing between $80,000 and $150,000 every day by remaining closed, and that it is thankful for any donations made to help keep the animals fed and nurtured, and their habitats secured as they prepare for reopening.

Hintz echoed that sentiment, saying that zoo staff were doing the best they could to ensure that the animals “get the constant care that they should for the rest of their lives.”

The zoo has not announced an expected reopening date. For now, employees will have to get used to providing the only interaction the zoo’s animals receive.

“It’s quiet, it’s different, it’s weird, it sucks,” Hintz said. “It’s basically how everyone feels about the pandemic and every adjustment that they’re having to make in their lives.”