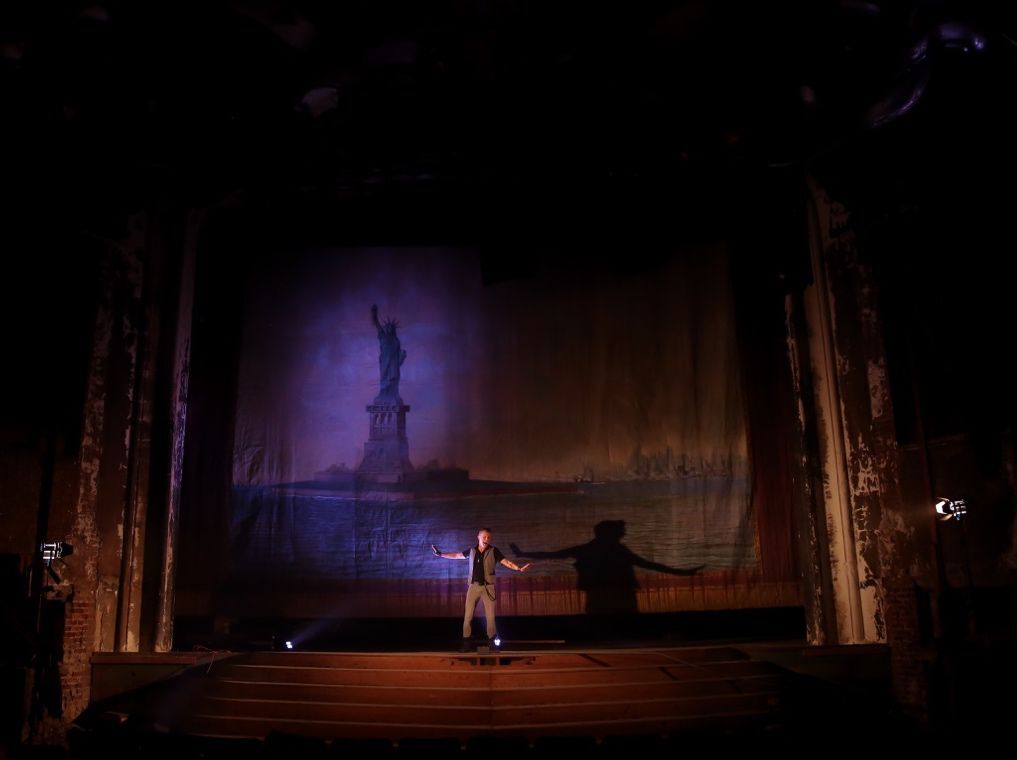 Paducah Christian music artist Justin Ryan performs on the stage of the Columbia Theatre in downtown Paducah during the filming of his social justice-themed video for “Stand Closer” — a new single aimed at promoting unity — that premiered last Friday. 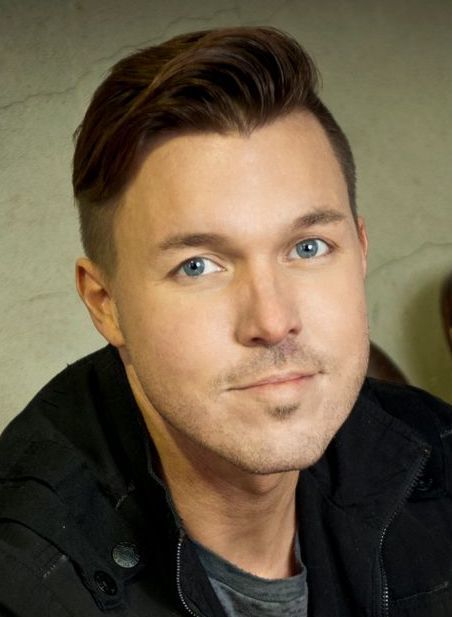 Paducah Christian music artist Justin Ryan performs on the stage of the Columbia Theatre in downtown Paducah during the filming of his social justice-themed video for “Stand Closer” — a new single aimed at promoting unity — that premiered last Friday.

It’s been an uphill battle for Paducah’s Justin Ryan as he’s worked for decades to make it in Christian music as an out gay man.

Ryan, 38, got his start singing at area churches in his youth. His experiences gave him a taste of what he always wanted to do — “share positivity with others.” Eventually, he found a church where he was comfortable, Paducah’s River of Hope Metropolitan Community Church, and that changed everything for him.

“It was a very hard thing to try to reconcile between my faith and sexuality. When I started going there it all made sense for me,” Ryan said. “I really had to go inside myself and read what the scriptures actually said and reconcile that with myself.

The singer spent years refining his craft, touring and doing session work with country legends like Dolly Parton, Porter Waggoner, Tanya Tucker and George Jones in Nashville, where he lived for many years before moving back to Paducah with his husband Scott. In that time he’s released seven albums of Christian music influenced by the Gaither Vocal Band, Paducah’s own Steven Curtis Chapman and other titans of contemporary Christian and country music.

“To be able to look at how far certain aspects of equality have come (in the United States), we still have a long way to go in other areas,” he said. “That’s why I really wanted to take that song and make it kind of an art piece about how America’s history is rugged and rough.

“We have an opportunity right now to look at our history, especially the parts that have not been so good, and recognize that we’re all in it together and that we need to stick together.”

Filmed in the historic Columbia Theatre in downtown Paducah, the video shows Ryan on the movie house’s stage performing and reacting to historic images and videos of the Stonewall Riots, the Pulse Nightclub shooting and footage of police violence and protests over the past year.

Written by Marsha Stevens-Pino — the first LGBT Christian artist and also recognized as the “Mother of Contemporary Christian Music” — with music by Johnny and Rachel Stevens, “Stand Closer” is a meaningful collaboration for Ryan and Stevens-Pino.

“People who have not been part of a systemically oppressed group have such a struggle understanding,” Stevens-Pino said in a release. “Each of us is standing across the street watching someone else’s struggle, shaking our heads, but we’re not across the street with them.”

The single is available via the Apple Music Store, as well as other digital music platforms. Ryan is contributing 10% of the song’s proceeds to the effort to restore the Columbia Theatre. For more about the local singer, visit www.justinryanonline.com.

As it’s been so often throughout his career, the message Ryan wants people to take from his music is one of unity and his message is resonating with more people than ever. Since the video’s release last Friday, it’s garnered over 7,000 views and hundreds of shares, Ryan said, on different social media channels.

“There is so much judgment and exclusion in the church, where in my opinion the whole purpose of the gospel and Jesus’s message was to include everyone. I’m about inclusion, not exclusion,” he said. “There’s been a lot of people who have reached out, not only in the LGBT community, that understand what we’re trying to say. It’s been really powerful to a lot of different people.”