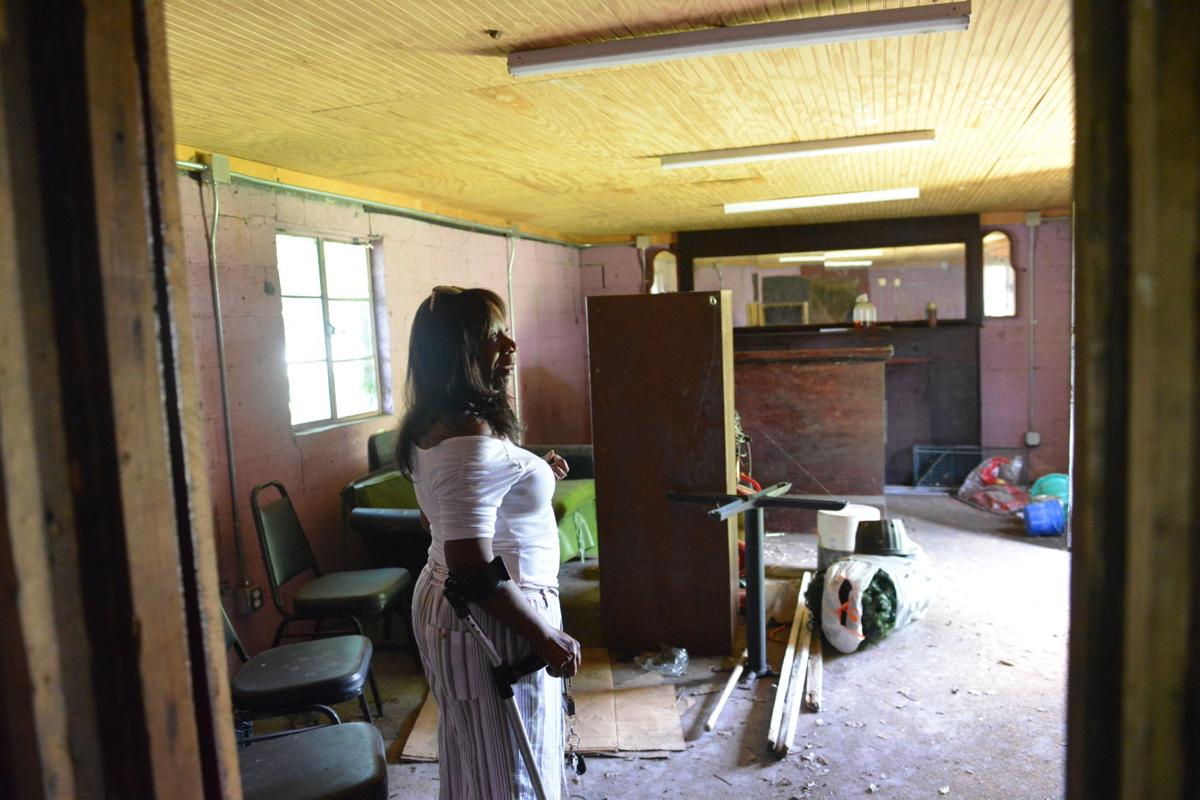 Betty Dobson, the director of the Hotel Metropolitan, checks out the Purple Room — a rehearsal room for traveling bands and performers and a community gathering space for Black Paducahans from the 1930s to at least the 1960s at the historic hotel — which is now slated for restoration, thanks to a $50,000 grant received Thursday. The institution was among the 40 sites across the United States selected by the African American Cultural Heritage Action Fund for a preservation grant. 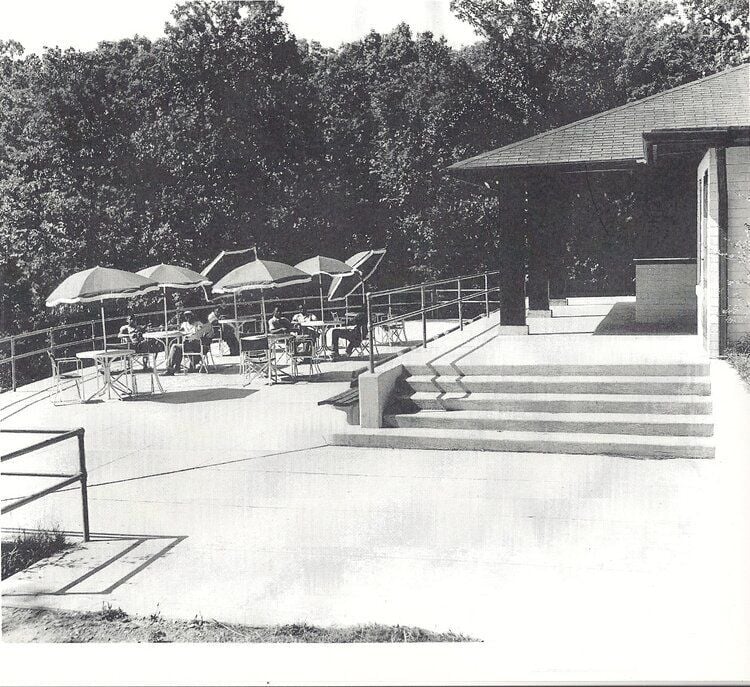 Black travelers relax at Cherokee State Park — the first state park dedicated specifically for African-American travelers and vacationers in the South — in Marshall County during the early 1950s. A group dedicated to telling the story of the park, which was open from 1951 to 1964, received a $50,000 grant to step up their efforts on Thursday. 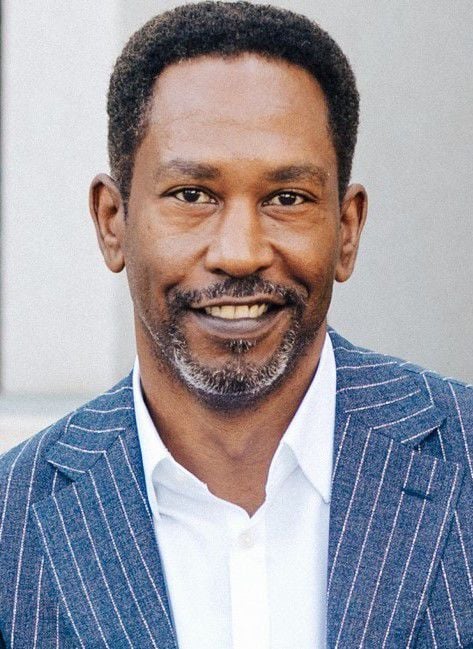 In a landmark day for historic preservation, the African American Cultural Heritage Action Fund, a program of the National Trust for Historic Preservation, announced $3 million in grants to support 40 different Black cultural sites and organizations, including two in western Kentucky, Thursday.

The Action Fund, founded in 2017, is headed by Paducah native Brent Leggs, who was overjoyed to be able to fund efforts in his hometown at the Hotel Metropolitan and in Marshall County at Cherokee State Resort Historic Park — each received a $50,000 grant.

The grants, Leggs said, “will both preserve our nation’s African-American historic sites and deepen our understanding of their collective impact on our lives in profoundly important ways.”

When looked at as a unit, the grants span space, time and geography to help craft “a beautiful, complex and unique story” and “a more accurate American narrative and identity.”

“Our goal is to present to the public an expansive and an often overlooked stories and places that help to fill gaps in the American narrative,” Leggs added. “It’s exciting for me to be able to help uplift and amplify Paducah’s Black history.”

The Hotel Metropolitan, which stands on Oscar Cross Boulevard, was a beacon of Black culture throughout the 20th century in Paducah. It’s primarily known for housing Black entertainers that traveled through the city on the Chitlin’ Circuit like Louis Armstrong, Duke Ellington and B.B. King.

Opened in 1908 by Maggie Steed, the hotel is “one of the last standing remnants from the early 20th century to help tell the story of Black female entrepreneurs,” Leggs said. “Even though it’s a local story, it’s connected to a national story — the green book. It’s great to be able to make an investment to help the hotel as well as the city renovate the Purple Room, which was the heartbeat of Paducah’s Black social life.”

The restoration of the Purple Room — a cinderblock building behind the main hotel — will be the main project funded by the grant. Believed to have been built in the 1930s, it was a rehearsal room for traveling bands and performers and a community gathering space for Black Paducahans through at least the 1960s, said Betty Dobson, the historical site’s director. She also believes it housed a gambling operation at some point and even a hotel hair shop and laundry pressing service.

The hotel closed up the space sometime in either the 1960s or the 1970s, Dobson said, and began using it as a storage and catchall space. No pictures of the building as a performance space exist to Dobson’s knowledge.

Rosa Scott, the president of the Hotel Metropolitan’s board, was instrumental in helping the institution procure the grant.

“The reason why this grant is so special is that it’s allowing us to complete the hotel’s story,” Dobson said. “The hotel owner at the time that the Purple Room was built saw the need for the big bands that were traveling to have a place to rehearse before their gigs and she filled that.

“It was an outlet for Black artists to be able to give the very best performances while they were in town and then that became something that the community could rely on as well.”

There is no firm timeline for the start of Dobson’s efforts on the Purple Room as she would like to figure out more of the details surrounding the grant and, additionally, wait out the rise in construction materials’ cost since the COVID-19 pandemic hit last spring.

Opened in May 1951, it was “the first state park dedicated specifically for African-American travelers and vacationers in the South,” Leggs said. “It is an exceptionally rare cultural landscape that is worthy of recognition and interpretation.”

The park was shuttered in 1964 and effectively abandoned until 2002, though a group of concerned citizens, the Friends of Cherokee State Historic Park, has stepped up to the plate to preserve it. Their $50,000 will be going toward a number of educational endeavors, including continuing their efforts to put together a documentary/oral history of the park, signage for a historic trail, programming and the development of educational curriculum materials.

“This is monumental,” Dr. Nancy Dawson, the vice president of the Friends group, told The Sun. “Cherokee exists but a lot of people don’t know really what it is and what it was historically so this money will help us in trying to get all of this in perspective so that people can enjoy the park and understand its educational and historical value.

“It’s really a jewel of Kentucky.”

Dawson is hoping that the wheels on these projects will go into motion by September.

A member of the Friends group for two decades now, Dawson is hopeful that recognition like this will raise the profile of the group and the site and hopefully get more people involved.

More information about the site can be found at www.friendsofcherokeestatehistoric

“There were only three or four of these historic parks like this. There were a lot of city parks dedicated to African-Americans, but not state parks,” Dawson added. “Now it will get its rightful place in terms of historic preservation, not only in terms of the Commonwealth of Kentucky but also nationally.”

These two western Kentucky sites were selected out of 519 different proposals from across the country over a seven-month process, Leggs said.

In past years, the Action Fund has only been able to give out $1.6 million in grants. Their investment was just about doubled thanks to a $20 million gift from philanthropists Mackenzie Scott and Dan Jewett, alongside gifts from other contributors. Scott gave $15 million to WKCTC in December 2020.

This makes Leggs the leader of the “largest preservation effort ever undertaken to support the longevity of African American historic sites” and Thursday’s grant give-out “the largest single disbursement in the Action Fund’s four-year history.”

The Tilghman graduate was incredibly thankful for Scott’s and Jewett’s “transformational investment” to their cause: “(It) affirms that our work to elevate the significance of Black culture in American history matters and that the preservation of historic landmarks is a kind of equity in racial justice.”

Lonnie Bunch, the first African American and first historian to serve as secretary of the Smithsonian Institution, praised Leggs’ and the fund’s efforts in a Thursday news release.

“The Action Fund has become the largest resource in American history dedicated to the preservation of African American architectural landmarks,” he said. “These grants will positively impact 40 communities nationwide and result in the creation of a visible, preserved legacy of African American contributions. Through the leadership of Brent Leggs, the Fund is creating a lasting historical record, which demonstrates that African American narratives are integral to our nation and our shared future.”