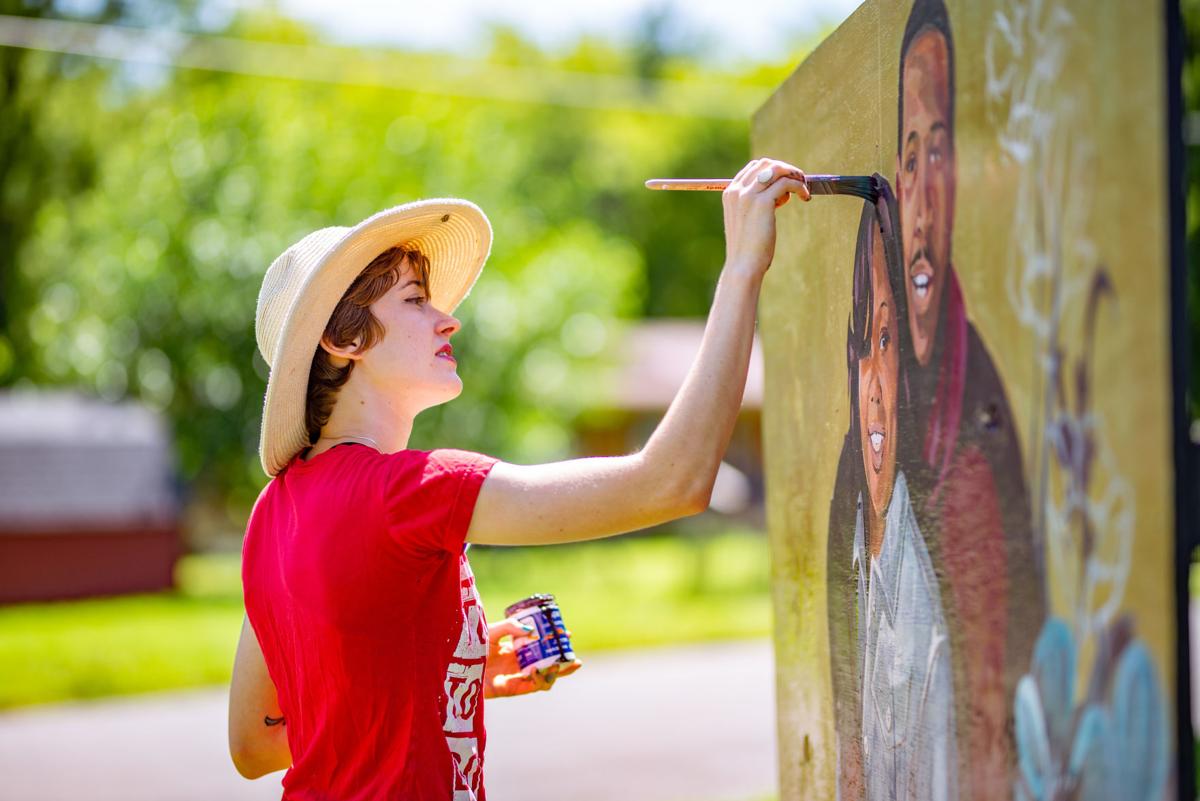 Paducah artist Grace Yocum paints a mural of former Louisville EMT Breonna Taylor — who was killed in a March interaction with Louisville police — and Taylor’s boyfriend, Kenneth Walker, at Project Pomona on Husbands Street in Paducah. 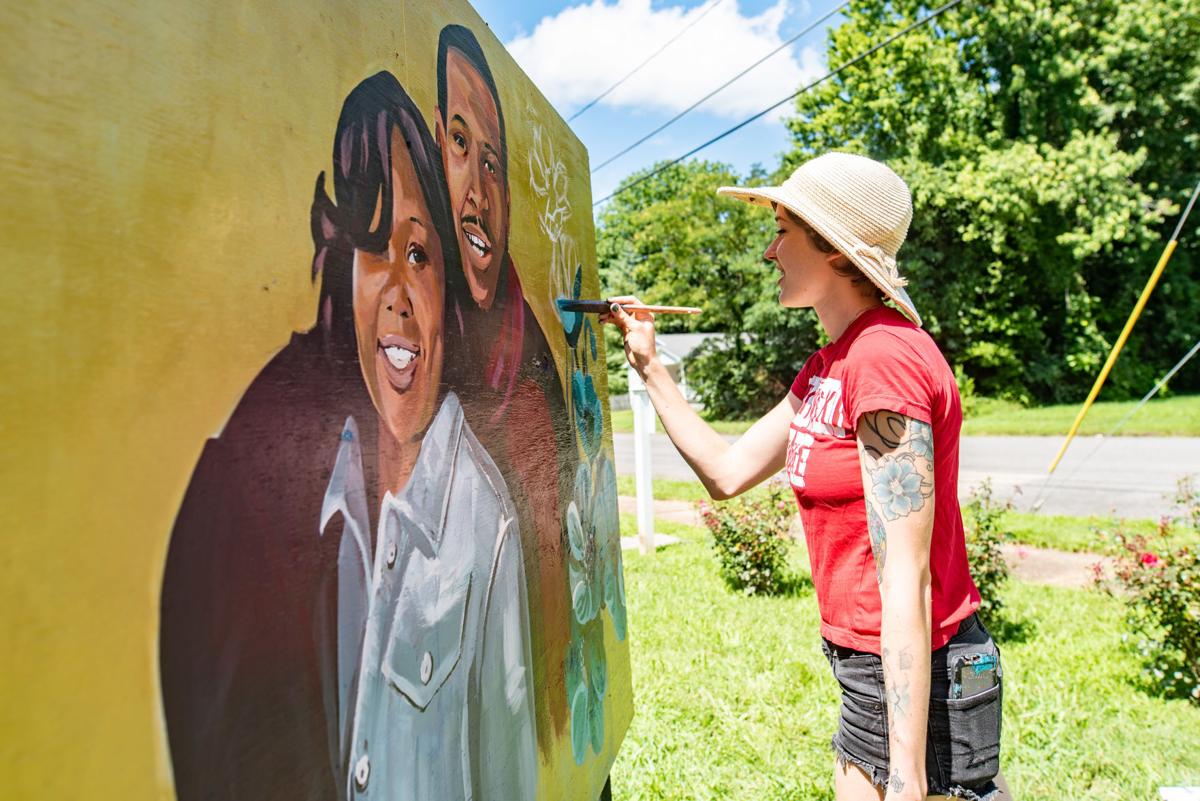 Paducah artist Grace Yocum paints a mural of former Louisville EMT Breonna Taylor — who was killed in a March interaction with Louisville police — and Taylor’s boyfriend, Kenneth Walker, at Project Pomona on Husbands Street in Paducah.

Though some of the early fervor of local racial justice protests has died down, the push for equality isn’t over and victims aren’t forgotten.

Yocum undertook the project this week, after Project Pomona Director Bryant Hileman approached her about painting the mural at the intersection of Seventh and Husbands streets in Paducah.

“The conversation is still being had,” said Yocum, whose formal art education consists of a drawing course at the Paducah School of Art and Design.

Yocum said she taught herself to paint after learning to draw, and though she hasn’t been involved long in advocating for social justice causes, she felt honored to use her skills to advance the cause.

“Everybody has to speak,” she said Thursday.

Yocum based her painting on a widely circulated photo of Taylor and Walker, and said she’s noticed Taylor, who was shot to death by police in March, hasn’t gained the attention that some others killed in police incidents have.

Police have said that Walker fired shots at officers who entered their home, though Walker has claimed he did not know the men he believed to be intruders were police.

“His journey through this has been through victimhood as well,” Yocum said.

Hileman, who founded Project Pomona as a nonprofit dedicated to fighting food insecurity, said he had been looking for ways to display some local art on the organization’s property, and had lately been looking for racial justice art when someone recommended Yocum to him.

“She did this completely for free,” Hileman said Thursday.

“I think the biggest thing is to let people not just in our community know, but people across the state know people are not forgetting about this,” he said.

Hileman recognized that, especially in a year that has featured various high-profile tragedies and a pandemic, people can get distracted from important issues.

“This is a Kentucky issue,” he said of the push for justice in Taylor’s case, which has included calls for firing and prosecuting the police involved in her death.

One officer, Brett Hankinson, has been fired, though none have been charged and an investigation is currently active.

“As far as I’m concerned, it’s permanent. It’s a memorial,” Hileman said of the Taylor mural.

“Breonna Taylor was one of us,” he said, stressing that he wants to keep focus on justice for victims.

“They’re not a hashtag. They’re not something that’s made up. These are real people.”

Yocum said she hopes the mural can communicate the message that “people need to be respected.”

“When you don’t treat a person with humanity, as a systemic issue, I take personal offense to that,” she said.

“That’s not the society I want.”