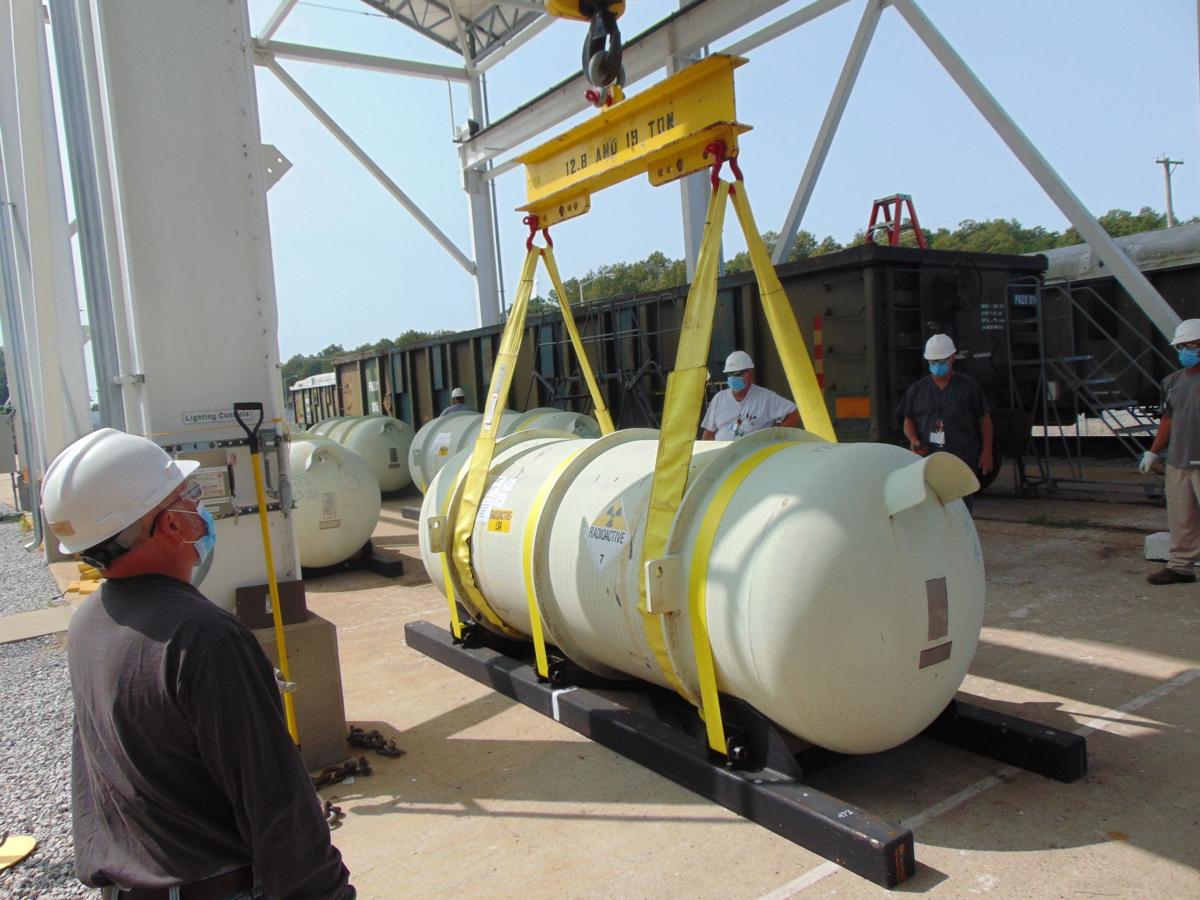 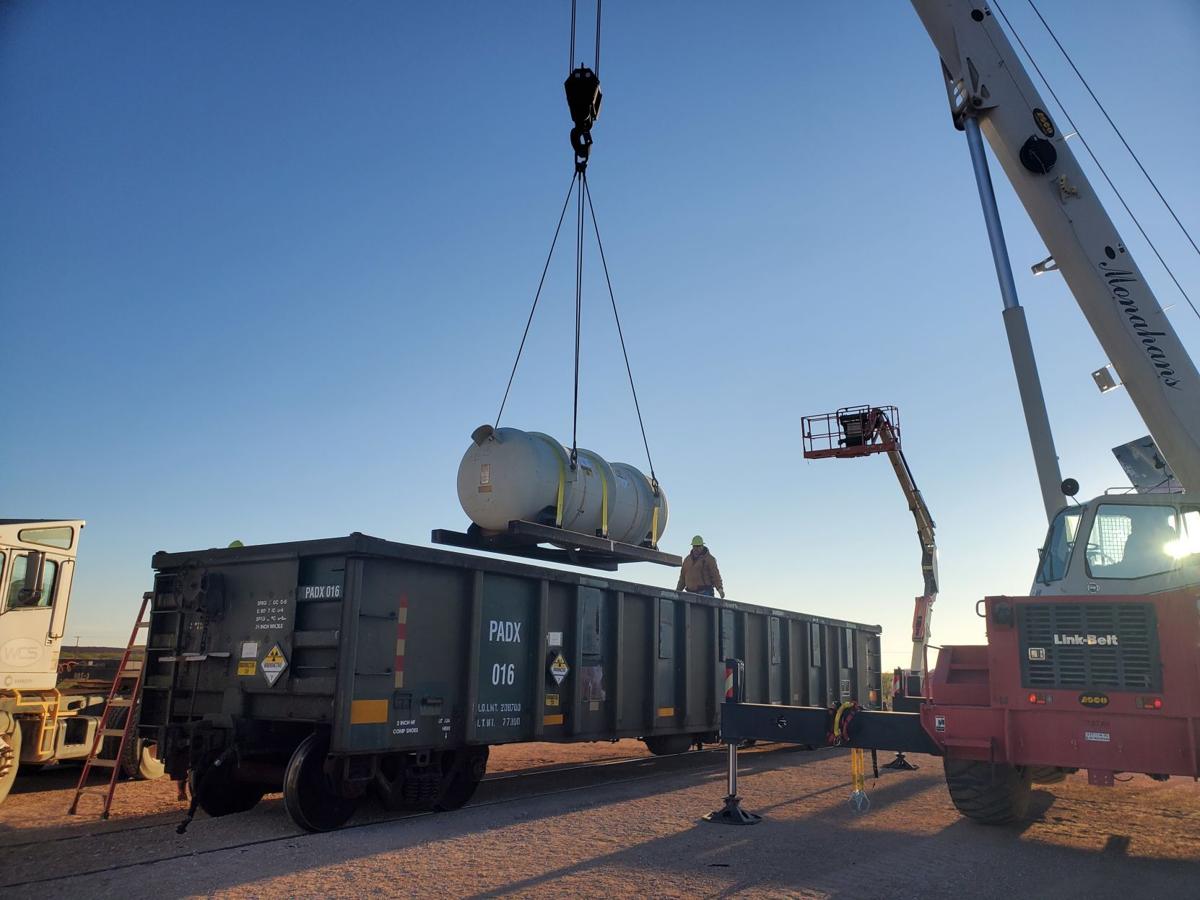 A Waste Control Specialists crew at the federal waste facility in Andrews, Texas, offloads one of the first depleted uranium oxide cylinders to reach its final disposition.

A Waste Control Specialists crew at the federal waste facility in Andrews, Texas, offloads one of the first depleted uranium oxide cylinders to reach its final disposition.

The depleted uranium hexafluoride (DUF6) conversion project at the U.S. Department of Energy’s Paducah site marked an important milestone recently, with the first shipment of depleted uranium oxide to a federal waste facility.

Uranium oxide is one of two by-products of the DUF6 conversion process. The material was shipped in six storage cylinders in a specifically modified 55-foot gondola rail car to the waste facility in Andrews, Texas.

“Completing the first shipment of depleted uranium oxide opens an important chapter in the story of the DUF6 conversion project,” according to Robert Edwards, manager of the DOE’s Portsmith/Paducah project office.

“It is significant because it safely and efficiently addresses one of the department’s legacy priorities.”

According to the DOE, uranium oxide is a low-level crystalline powder. The second by-product of the DUF6 conversion process is hydrogen fluoride that is being disposed of elsewhere.

The DOE’s DUF6 inventory is the result of 50 years of uranium enrichment at U.S. gaseous diffusion plants, including Paducah. More than 700,000 metric tons of the material is being stored at the Paducah and Portsmith, Ohio, sites. Over the next few decades, some of the remaining inventory will be disposed in licensed offsite facilities and some will be reused.

At the beginning of the DUF6 conversion project, there were approximately 43,000 cylinders at the Paducah site, according to the DOE. The Portsmith DUF6 inventory is expected to be processed in approximately 18 years and Paducah’s larger inventory, within 30 years.

According to a DOE media spokesperson, a decision this past year under the National Environmental Policy Act, legislation to incorporate environmental consideration into all government decision-making, cleared the way for the first shipment of uranium oxide to proceed.

Zack Smith, president and project manager of DOE’s DUF6 operations and maintenance contractor, Mid-America Conversion Services, pointed to his company’s partnership with the United Steelworkers, DOE and the Waste Control Specialists facility in Texas, for achieving the milestone while adhering to pandemic protocols.

“The inaugural oxide shipment demonstrates the full mission capability for the DUF6 project, and a job well done,” Smith said.