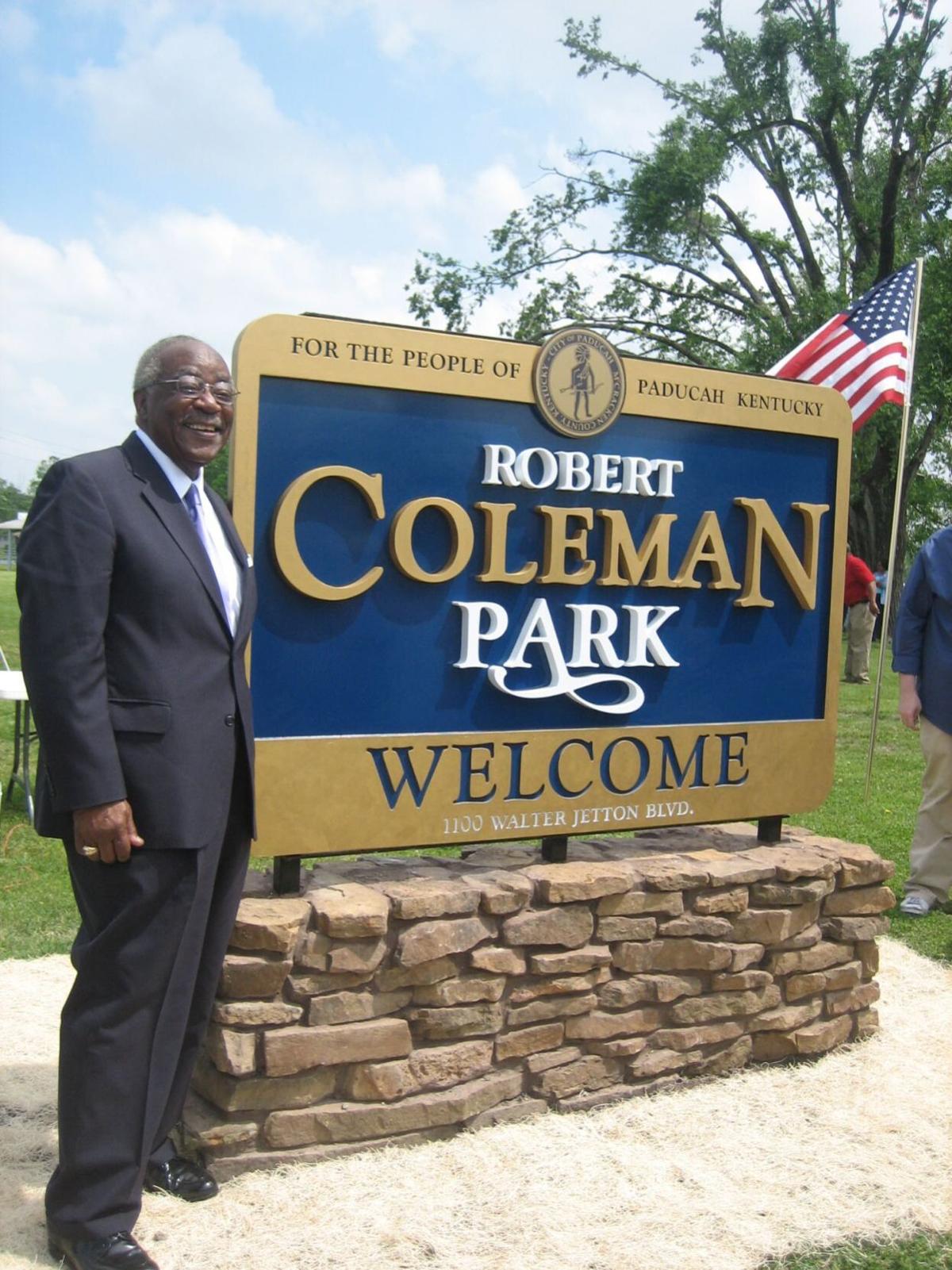 Robert Coleman, Paducah’s longest serving elected official, poses with the sign for Robert Coleman Park, which was renamed in his honor in 2009. Coleman died Friday at age 88, leaving behind an impressive legacy in the community, which includes 31 years as city commissioner. 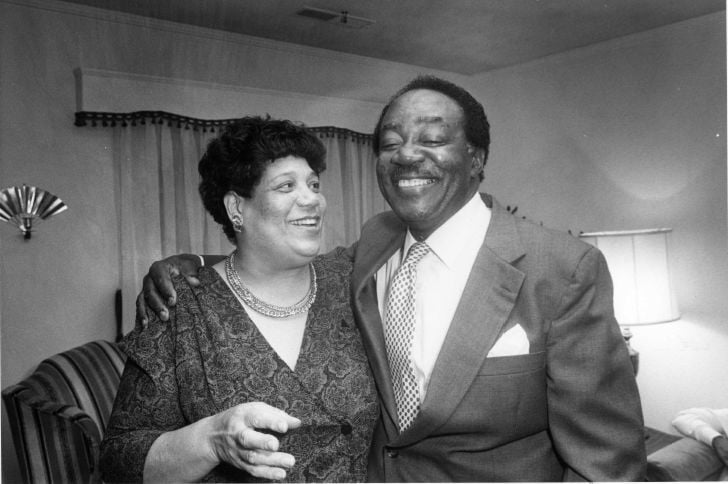 Former Paducah City Commissioner Robert Coleman and his wife, Connie, celebrate Coleman’s reelection and first-place finish among a field of seven candidates, in this Paducah Sun photo from Nov. 7, 1989, by Barkley Thieleman. Coleman, who was the city’s longest serving elected official, died Friday at age 88. His wife, Connie, also died earlier this month. 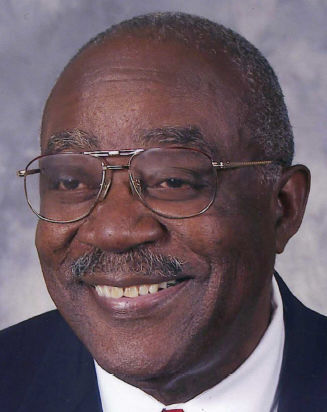 Robert Coleman, Paducah’s longest serving elected official, poses with the sign for Robert Coleman Park, which was renamed in his honor in 2009. Coleman died Friday at age 88, leaving behind an impressive legacy in the community, which includes 31 years as city commissioner.

Former Paducah City Commissioner Robert Coleman and his wife, Connie, celebrate Coleman’s reelection and first-place finish among a field of seven candidates, in this Paducah Sun photo from Nov. 7, 1989, by Barkley Thieleman. Coleman, who was the city’s longest serving elected official, died Friday at age 88. His wife, Connie, also died earlier this month.

There was no shortage of love and praise Saturday, as his family and friends described Coleman and what he means to them, whether it was as a brother among many siblings, as a deacon at Washington Street Baptist Church, as a colleague on the Paducah City Commission or as a good friend.

“He meant a lot to the whole family,” Coleman’s sister, Paducah resident Neffallie Anderson, told The Sun on Saturday.

“He was the last brother I had. He was the oldest member in the family, and we had 10 brothers and sisters and he was the only boy left and I’m the only girl that’s left. Everyone in the family liked him. He gave us all advice and everything, so it’s hard to believe that he’s gone on. His wife (Connie) died too. She died a week last Tuesday.”

Robert and Connie Coleman married in 1972 and were honored in 2002 with the Paducah-McCracken County NAACP branch’s Curlee Brown Award for civil rights work.

According to Anderson, they both had coronavirus and she believes it contributed to their deaths, but said she doesn’t know for sure.

“They were on the same floor in the COVID ward and, like I said, she died last Tuesday,” she added. “He was still in the COVID floor, until they dismissed him and he went to Stonecreek, the nursing home, and they had to (bring) him back to the hospital (Friday). That’s when the doctor gave him 24 hours to live, but he died within an hour.”

Born in Hopkinsville, Coleman moved to Paducah at a young age and graduated from Lincoln High School in 1950. He went on to serve in the U.S. Air Force, once worked for the Illinois Central Railroad, and later joined the U.S. Postal Service, where he retired in the late 1990s.

“He always had a smile on his face,” Anderson said. “I can see that smile now, and he would always reach out to you.”

Coleman’s nephew, Eric Patterson of Paducah, added that he always looked at Coleman as a role model in the family, referring to him as “strong minded.”

“We as his nephews looked up to him,” he said. “He was somewhat of a father figure to us and we learned a lot from him. I don’t know if I can really put it into words of what he meant to us.”

His uncle was “always willing” to help anybody he could and loved his family.

“I can always remember him saying, ‘Eric, if you can’t depend on anybody else, you can always depend on your family,’ ” he recalled.

“I miss him. I really do miss him and ... it’s kind of a rough situation that they both would pass like they did. But it just goes to show this pandemic — coronavirus — is a real thing. It’s a real thing.”

With his death, Coleman leaves behind a legacy as Paducah’s longest-serving elected official, with many years as city commissioner and mayor pro tem.

Coleman left office in 2008, following a narrow 48-vote defeat in the city’s mayoral race. He later withdrew from the 2012 mayoral race, due to health reasons. Coleman was previously honored in 2009 with the renaming of Paducah’s Blackburn Park to Robert Coleman Park.

The honor meant a lot to Coleman, who had played at Blackburn Park in his youth. In a May 2009 edition of The Sun, Coleman was described as having a “giddy grin” when the park’s sign was unveiled at a ceremony.

“It goes back 65 years in this park; it’s where I played as a child,” he was quoted in The Sun. “Now when I come back, it has my name on it. I don’t get nervous much, but when you see that, well, it does something to you.”

In his life, Coleman was inducted into the Kentucky Civil Rights Hall of Fame in 2005. He served as a postal carrier and became the first African American president for the Paducah Local of the National Association of Letter Carriers. He also was the first to serve as chairman for the state association’s executive board.

“Robert Coleman was a good man and a very honest man and you couldn’t help but like him, and he wasn’t a ‘yes, sir’ man on anything,” former Paducah Mayor Albert Jones said.

“In other words, he was his own man on legislation that he wanted or that he liked … or that he didn’t like, and he wasn’t afraid to say so and take a position on it.”

Jones called Coleman “excellent” as a city leader and said he was a good shoulder to lean on as mayor and attentive to legislation.

“He and his wife were good people,” he later added. “What else can you say about somebody when you feel that way about them?”

Coleman was a 32nd Degree Mason and took a role within his church, among several other organizations. He was a 72-year member of Washington Street Baptist Church, while his wife joined in 1975, according to Pastor Raynarldo Henderson.

“They both were very much pillars at Washington Street,” said Henderson, who’s an incoming city commissioner. “Deacon Coleman had been a member for over 50-plus years and a deacon chairman, a trustee chairman. There’s definitely a hole in our ministry.”

He brought wisdom to the board and often “challenged” Henderson, who said Paducah is a better place because Coleman served as city commissioner.

“One thing for sure, he was bold and courageous,” Henderson said. “Those are two words that come to mind. Bold and courageous. And he did not back down from what he thought was the right thing.”

Meanwhile, local NAACP President J.W. Cleary and Paducah City Commissioner Gerald Watkins both think of Coleman as being a mentor.

“He worked at the postal service for many years and (it’s) where Robert made a lot of his contacts — his route was the downtown area, so he knew everybody and everybody knew Robert and that was the kind of the way it was,” Cleary said. “He was a true leader for the white community and the Black community.”

Watkins, a longtime Paducah city commissioner, had been friends with Coleman for decades and served on the commission with Coleman for several years. He noted Coleman’s leadership and communication skills, in addition to him being a man of faith. He “always” had Watkins’ back.

“He was just a good, godly man, a great Christian, treated people with respect and honor,” Watkins said. “He loved Paducah, loved his family, loved his God and loved people and that’s why he was so popular.

“He just was a good man. He’s the kind of person that you want to try to be like. He always inspired me and he was my mentor, and probably for a lot of people, but he just inspired me to be a better person. And, I’m better for having known Robert Coleman, and this community is better for having had his service for 31 years.