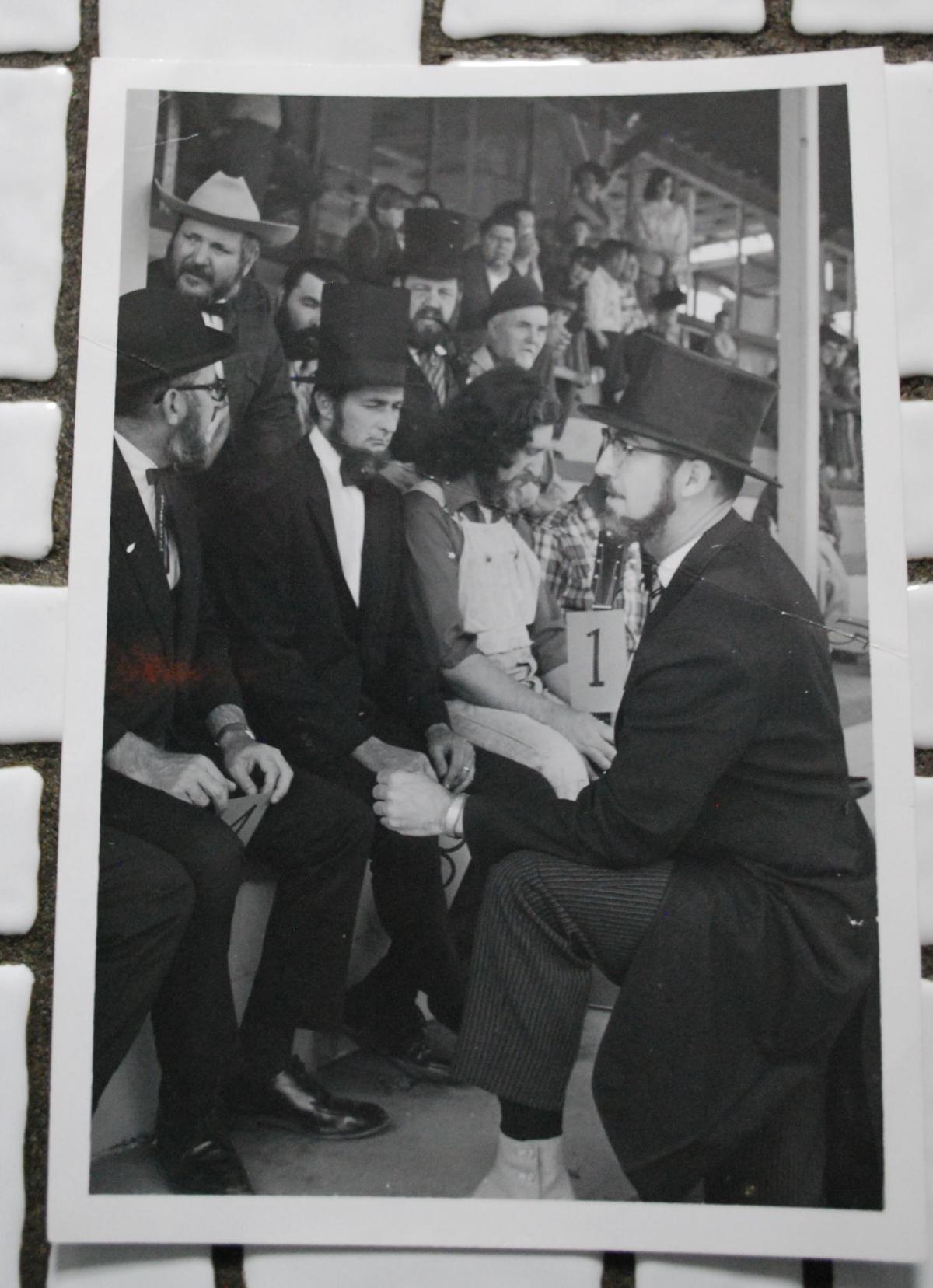 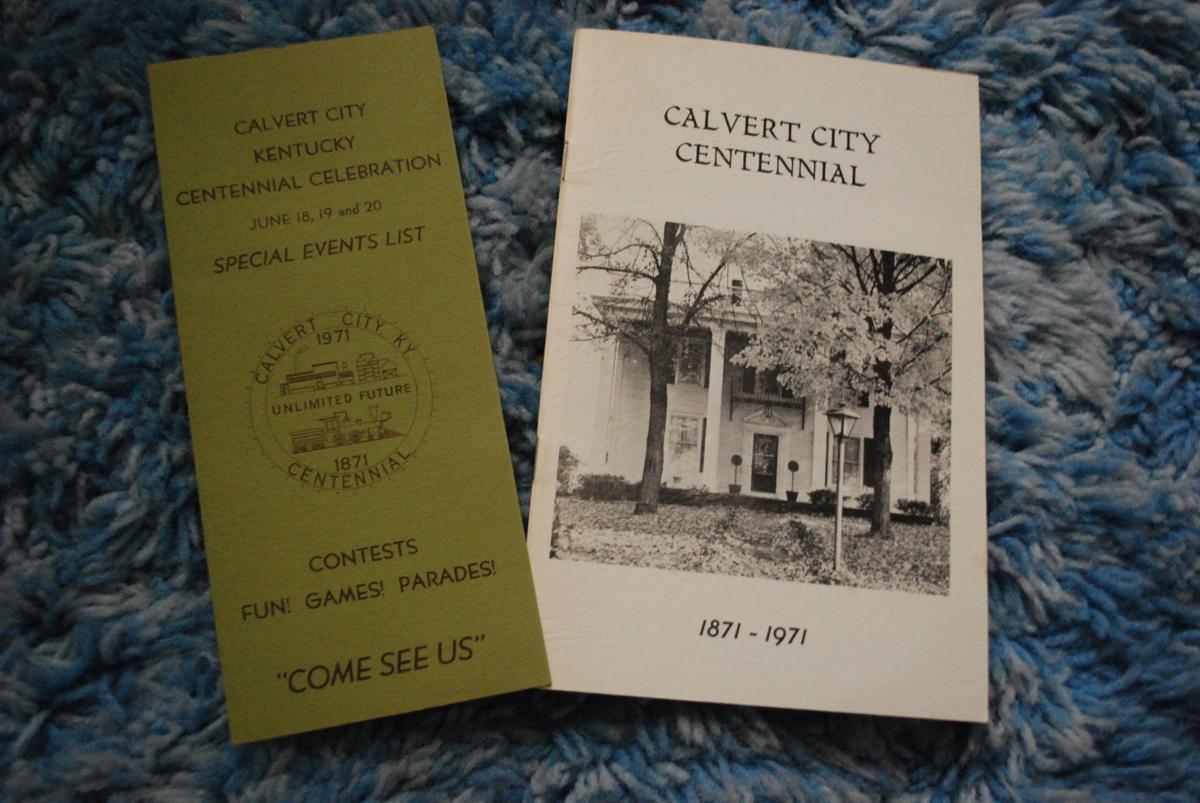 Calvert City’s program and its brochure containing a brief history of the city from the 1971 Centennial observance are shown. 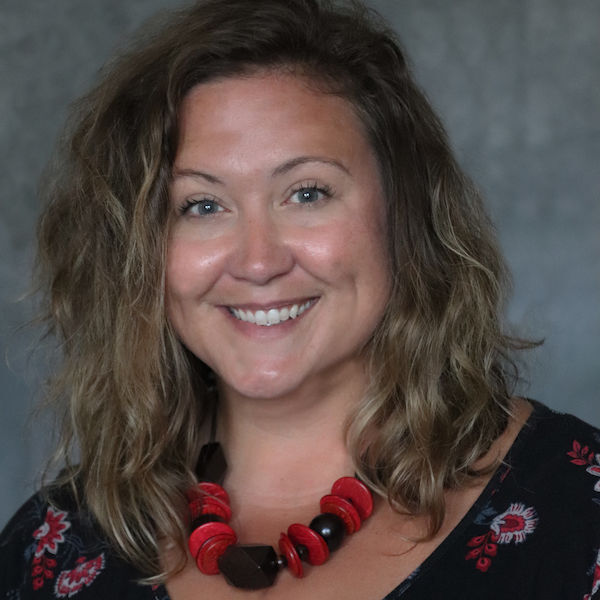 Calvert City’s program and its brochure containing a brief history of the city from the 1971 Centennial observance are shown.

CALVERT CITY — If you’re planning the biggest celebration your city has ever seen, you start early.

That’s what Blair Travis did immediately upon being hired as Calvert City’s marketing director. Travis is learning first-hand that it takes a long planning period.

“This is my first sesquicentennial or any type of yearlong celebration, and when the mayor first told me about it, I had just started (my job) with the city,” she said. “That was two years and four months ago in January. So, I started doing some research about what other places do. Then in my digging through the history boxes at City Hall, I ran across the city’s centennial’s program from 1971. I looked through that and saw what they did, and that’s really where I started.”

With encouragement from the late Mayor Lynn Jones, Travis became excited about the events that happened as the city celebrated the 100th anniversary of its incorporation in 1971. Jones, who was looking forward to celebrating the sesquicentennial throughout this year, died unexpectedly Jan. 30.

“The mayor and I chatted about it — what direction he wanted it to go,” Travis said. “He said he wasn’t here for the 1971 Centennial, he was in college. So, as far as memories, he wasn’t really able to help with that. Ultimately, he wanted to make sure that the sesquicentennial included our past, our present and our future. And in order to do that we discussed different ways of creating a museum type exhibit in the Civic Center. That gave us a way to show the timeline of how Calvert City started, and then to take a walk through the past.”

Because Jones constantly looked toward future city improvements, both he and Travis wanted to include future projects in the timeline. Among those might be the relocation of the city’s water plant out of the floodplain to a new site, “hopefully by 2023,” and construction of a theater at the old Gilbertsville school site at Kentucky Dam State Resort Park. The park was annexed in 2014.

“The past is important, and we don’t want to forget it — 150 years in Calvert City — and we’re looking toward the future,” she said. “We want to include the past, present and future” in this celebration. “That includes all the history, the present includes all of our parks. In Old Park, we will have a car show, and at that show the city’s first fire truck will be on display. We’re utilizing Old Park, which is the original park. Then we move to Memorial Park where we will have carnival rides, inflatables, music and a beard competition, which was a crowd favorite in the 1971 Centennial. And the museum in the Civic Center will include Doctors Park.”

From a historical perspective, the railroad and Haydock’s (now Haddox) Ferry, played major roles in the city’s development. The city has a train caboose, which is emblematic of where the city started. For that reason, Travis hopes to have the caboose relocated near the railroad behind the ball parks, which are between the railroad and the Calvert branch of the Marshall County Library.

“When the railroad came here was really how Calvert City started to grow,” she said. “That will be awesome if we can make (the caboose relocation) happen — the problem is getting it moved to the appropriate site. In the bid for the carnival, is a trackless train, and we hope the City Council approves that bid.” The trackless train will take passengers around the trail loop in Doctors Park and past the caboose.”

Travis also wants to have a historian on the train to talk about the city’s past. “I think it would be awesome to have somebody talking about the history of the city,” she said. “… Sometimes, history gets lost as generations pass away. Being able to document it — it’s important to document 150 years because 50 years from now, if I’m still kicking — I’ll be the one who people will be questioning about it, which is scary. I think this event is great, carnivals are great and live music and the old fashion fiddle contest are all wonderful things that bring people to our city, but to me, it’s more than that. It’s about celebrating our past, our present and our future, and documenting where we are in 2021 — where we are and where we came from.”

Some original ideas for the July 1-4 celebration were a museum and to update the centennial brochure.

“When the mayor and I started talking, he wanted to do a museum, and he wanted to update the brochure from the centennial,” Travis said. “For me, as soon as I saw that centennial brochure, I knew I wanted to do a beard contest, and I knew that I wanted to do an old-time fiddlers contest — two things that in my 15 years of event planning, I have never planned. We have so many local fiddlers; so to have an event here that they can participate in is super exciting to me.”

At the first committee meeting, Dwayne Stice mentioned possibly opening Haddox Ferry, “and having a ferry that would go from one side (of the Tennessee River) to the other,” Travis said, noting the ferry “was a big part of Calvert City’s history” transporting pioneers from east of the river to the Jackson Purchase after it was purchased from the Chickasaw Nation. “It really paved the way for people like Potilla Calvert.”

In 1867, when the Paducah & Elizabethtown Railroad was surveying for a rail line, Potilla Willeford Calvert, mounted his horse and went to meet the survey party. He offered the railroad a right-of-way across his 2,000-acre farm if it would build a shipping station on a site near his home. The railroad accepted his offer, and the city grew up around the depot. It was incorporated March 18, 1871.

“It was really a changing point for Calvert City. So, having the opportunity for people my age and younger to take a ferry is pretty awesome,” Travis said. “…To be able to do that and have that same experience that our ancestors had, I think is pretty awesome.”

Two ideas Travis decided against were a watermelon bust and parachute jumpers from Fort Campbell. The jumper unit, which performed during the centennial, had been disbanded. And the potential for exposure to COVID-19 made a watermelon bust problematic.

The mayor was extremely excited about this event, and because of COVID-19, Travis asked him, “What’s going to happen if we have to cancel? He said, ‘Well, we’re not going to cancel it.’ So we really look at the layout of Memorial Park, and all of the arts and crafts, food and/or exhibit booths, and (planned them) to be 10 feet apart.

“All of our city workers and our police officers have said they will work this event,” she said. “The street workers and the park workers will all be there helping in the park cleaning, hand sanitizers stations will be set up, and we’ll have masks there too if you forget your mask. We are really taking it to the extreme. … It’s outside; the only thing that’s inside is the museum, and I’ve made arrangements that we can actually move that outside if we need to.” The sesquicentennial ball is also inside, but could probably be moved outside if necessary.

The committee and Travis are looking for sponsorships to help finance the events.

“This is a chance for us to showcase Calvert City as a regional leader,” she said.