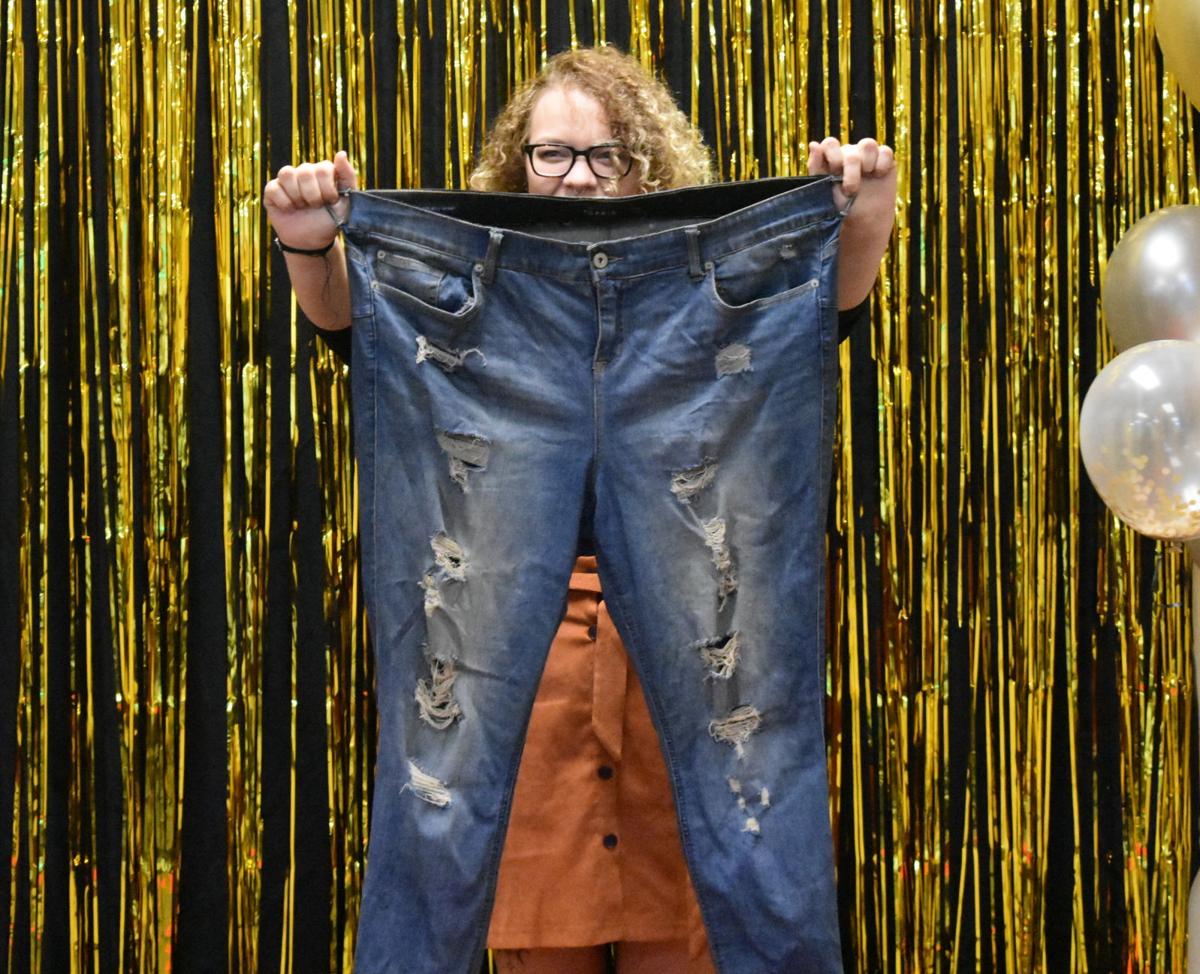 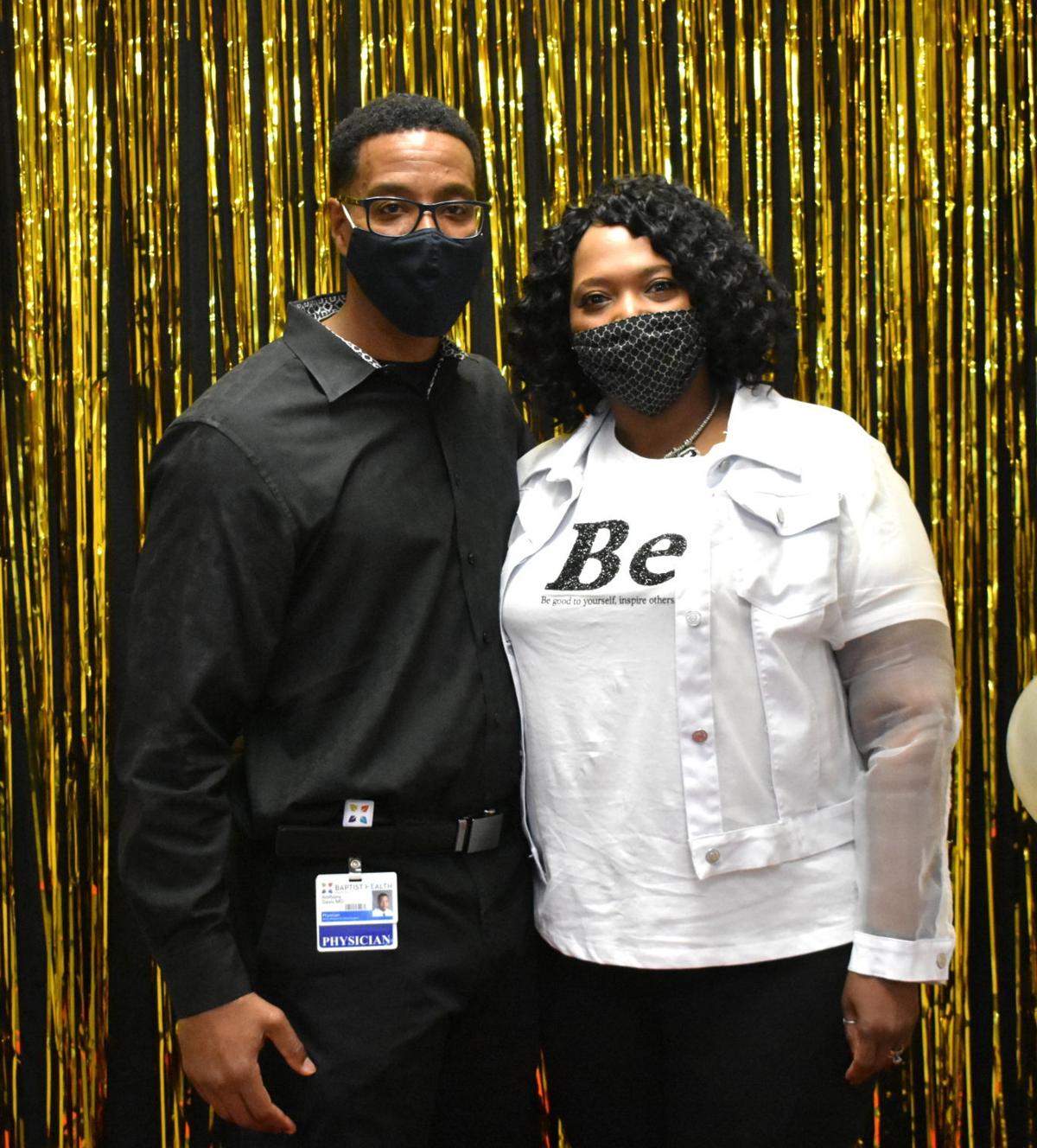 Doretha Mburu reminded people of an important truth Friday, after she visited Baptist Health Paducah to celebrate her success with the hospital’s bariatric surgery and weight loss staff.

“Life is short. I learned that when my mother died at 45,” she said.

The 48-year-old Paducah woman shared that she underwent gastric sleeve surgery in June 2019. Mburu explained that she had received news from her cardiologist that her heart muscle was thickening around the heart and she needed to do something or not live to see 50.

“I have a son that is 10 and a daughter that’s 24, so I needed to be there for them,” she said. “We decided that we needed to get this under control.”

“Dr. (Anthony) Davis, he is a kind doctor, and that’s the reason I have on this shirt that says, ‘Be good to yourself,’ ” Mburu added.

Davis and the staff members didn’t let COVID-19 prevent them from recognizing the patients’ weight loss successes. It held a socially distant fashion show at the office Friday. The patients came in about every 30 minutes and held up their old clothes, before dropping them to the floor in celebration, including Cassandra Moore of Benton.

Moore said she’s always struggled with her weight and wanted to be healthier. She had her gastric sleeve surgery in January. Moore weighed 365 pounds at one point, but she’s down to 196 pounds.

“Everybody here was really great and helpful and it was a really good experience,” she said. “I mean, it’s hard at first, but it’s worth it in the end.”

Moore noted she’s able to do “all kinds of stuff” such as hiking, camping, being active and doing things with her family. As for what’s next, she plans to keep going and making more goals.

“When you hit one goal, you make another goal,” she said.

“Sometimes it’s not even like a weight loss. Like — you’re able to cross your legs, which I’ve never been able to cross my legs before, and be able to go on a roller coaster or an airplane without having to have like the extra strap or like anything special. It’s just little things. You just make different goals.”

According to Baptist Health, it offers minimally invasive laparoscopic gastric bypass, and adjustable band and vertical sleeve surgical options based on a patient’s need. Surgery has changed many patients’ lives with “significant and sustainable” weight loss that improved medical conditions, such as high blood pressure, high cholesterol, diabetes and joint pain.

Davis, a bariatric surgeon with experience in general surgery, focuses on the treatment of morbid obesity, which he described as a pandemic itself. He said the program is supportive of patients and its staff is motivated to getting the word out, treating the disease and helping others.

“We do multiple weight loss surgical procedures,” he said.

Davis takes a lot of pride in all the hard work that patients have done.

“All we do is provide information and education,” he added.

“We provide them with that as tools, as well as surgery, but the patient is the one who’s the champion behind the energy and the efforts that they put through and put forth, so that we can do something like this today for them.”