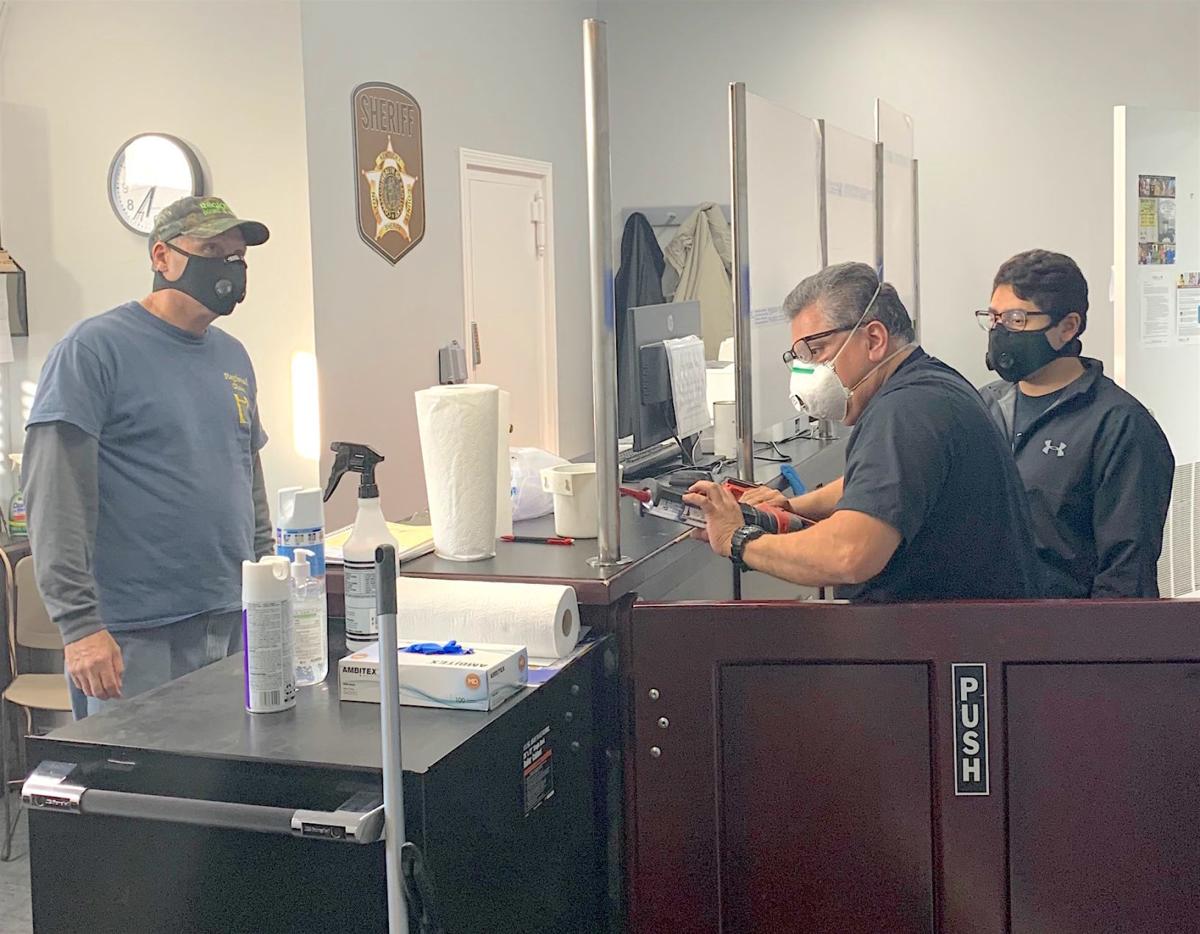 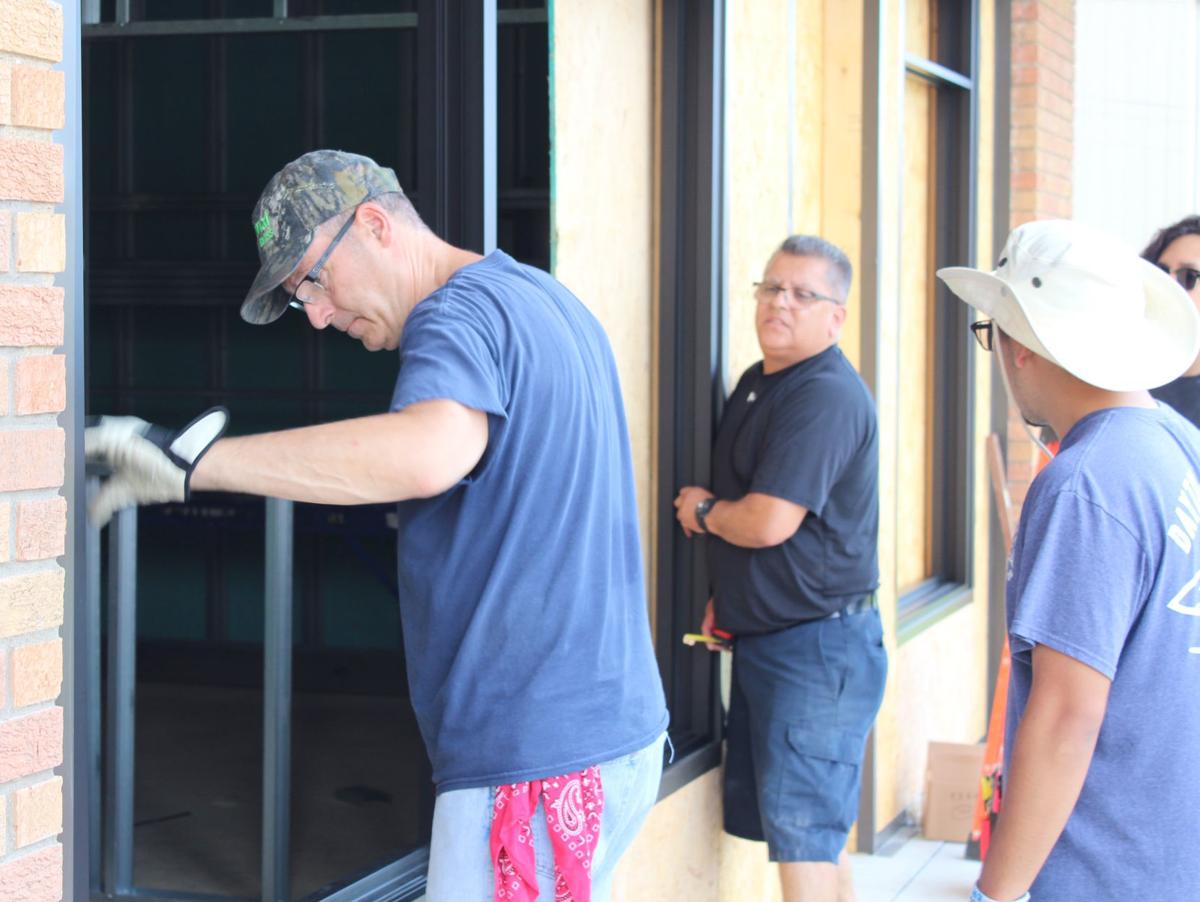 One area business has been critical in helping life in western Kentucky get back to some semblance of normalcy amid a global pandemic.

Regional Doors and Glass in Eddyville was deemed an essential business and allowed to remain open when state officials began to shut down Kentucky in response to the COVID-19 outbreak. At the height of the lockdown in March and into early April, it was a struggle for the small company. The owners even leaned on help from the U.S. Small Business Administration to limp along.

But as Gov. Andy Beshear rolled out his plan for reopening the economy, things began to pick up. And since mid-April, it has been 12-hour days, six to seven days a week for Mike Stagner, his business partner and brother-in-law Rudy Mijes and their crew, Mijes’ sons Jose “J.D” and Jessie Mijes.

“We had our drought. Had it not been for the PPP (Paycheck Protection Plan) money, we wouldn’t have been able to stay open,” Stagner said.

With commerce ground to a halt, much of the customary work for Regional Doors and Glass went dormant. A revival came, however, when the public sector and other essential businesses began looking to safely reopen their front doors to patrons.

“When one door closes, you open a window,” Stagner said.

Orders for “glass barrier solutions” came in from city and county governments, banks, utilities, insurance agencies and other offices critical to every-day life. Courthouses in Caldwell, Lyon, Livingston, Crittenden and other counties now sport glass and plexiglass partitions installed by Regional Doors and Glass, as do Caldwell and Lyon County branches of Fredonia Valley and Farmers banks.

City halls like the one in Kuttawa, libraries, the food bank in Lyon County, extension service offices, utilities as far away as Murray and a domestic violence shelter in Hopkinsville were also able to safely reopen behind the company’s barriers. Regional Doors and Glass has also supplied raw materials to others who are putting in their own barriers, like those hanging from the ceilings at groceries and convenience stores.

Though the company’s fingerprint on the reopening goes beyond its own installations, Stagner is proudest of the signature work that will remain an important part of the business landscape in a post-pandemic world.

“We have been doing mostly permanent solutions,” Stagner said. “They’re putting holes in their furniture because they believe this is going to be around for a while.”

With the resurgence of the novel coronavirus setting infection rate records daily, Regional Doors and Glass could play a big role in limiting a second wave of lockdowns.

The company was started in Eddyville in 2003 by Stagner’s father and his partner, James Stagner and Jo Ann Vogle. Two years ago, Mike Stagner moved down from Chicago to take over the business from his 80-year-old father.

“I didn’t want something built on the backs of two people to go away,” the son said. “I felt it was time.”

Stagner did not grow up in western Kentucky, and with a degree from the Missouri School of Journalism, installing glass was not in his plans. But trips to the area to visit family left an impression, and the warmth of the community, he said, played a huge role in relocating and partnering with Mijes.

“We each have our strengths, so it was a pretty easy decision for us,” Stagner explained. “I never dreamed I’d be down here, but I love it. I don’t miss Chicago a bit.”

Stagner is involved in a number of community organizations, volunteering with Girl Scouts leadership and organizations associated with Lyon County Schools. He is currently vice president of the Lake Barkley Chamber. He lives life and conducts business on a model built by his father, who still lends his wisdom from decades of experience in the glass business.

“It’s a good feeling to help the community,” said Stagner, who does little things like taking time out amid the rush to help businesses address the pandemic to help a retired teacher with a tricky window screen. “I try to leave each day better than I found it.”