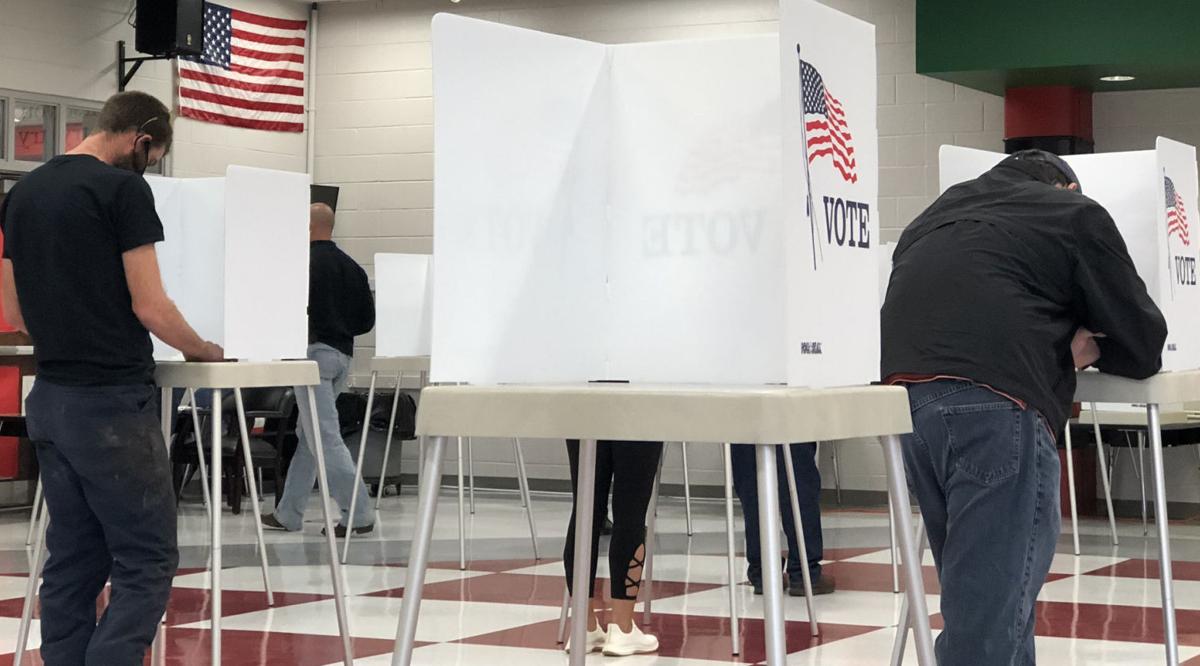 Voters gathered at Sedalia Elementary School during the November 2020 General Election to cast their votes. Kentucky Secretary of State Michael Adams said 70% of voters wanted to vote in person but wanted to have more date options that the lone election day. 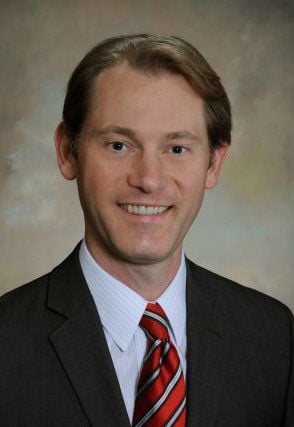 Despite the unpredictability of the coronavirus pandemic last year, a silver lining was how Kentucky’s election officials handled both primary and general elections. From that success, the state is moving forward with a revamped election law and plans that incorporate lessons learned from 2020.

Secretary of State Michael Adams, the state’s chief election officer, has recently been making a telephonic tour of Kentucky and spoke with The Mayfield Messenger, The Paducah Sun’s sister paper, on the General Assembly’s passage of House Bill 574. He explained how the state’s elections will look different — from expanded voting dates to cleaning voter rolls — and similar for years to come.

Adams, a Paducah native, noted the state saw more than 2 million voters who voted for the first time in a Kentucky election. Even with that high number in the midst of COVID-19, state health officials did not notice a spike of virus cases around the June and November in-person voting dates, nor were there serious election fraud issues.

With that success was the challenge of assessing what aspects of how residents voted in 2020 to retain and to discard, Adams said.

“Some of the changes we made were just because of the pandemic. Other changes, although we made them for the pandemic, they translated well out of the pandemic,” he said Wednesday. “I spent several months putting this bill together. I consulted all the county clerks and legislators in both parties, and ultimately we offered a bill that passed by a wide bipartisan majority, almost unanimously, and was signed by the governor.”

House Bill 574 establishes four key areas that Adams did through granted (and now lapsed) emergency powers that are now permanent. One was three days of early voting. He said 30% of Kentucky voters cast their ballots through absentee ballots, 25% did on the appointed Election Day, and 45% voted in person before Election Day.

“Even in a pandemic, 70% of people wanted to vote in person. But we also found when given the choice to vote before Tuesday or on Tuesday, most voters found it easier to vote on Saturday or on their day off if it was Thursday, Friday or whatever,” Adams said. So clerks and legislators weighed in that expanding in-person voting was easier and less expensive that expanding absentee voting, which was funded by Congress last year but would not be for future elections.

Another area was the establishment of voting centers rather than numerous county precincts. Adams noted this isn’t a state mandate but would be a decision for local election committees and county clerks.

The move could be more efficient and cost-saving for local residents. Adams’ example was four precincts could use one location but the old legal requirements for a county would stipulate four sets of poll workers, four sets of voting machines, and a poll worker from one precinct would not have been allowed to register a voter from another precinct.

“That raises the costs of poll workers and machines needed,” he said. “Now, you can consolidate, get voters in and out, and save money.”

Two other aspects of last year’s voting process that were kept included the online voter portal where people could request an absentee ballot online and electronically track it, along with keeping the signature cure process so absentee voters whose signatures have changed over time can prove their identity and not have their ballots automatically rejected.

Provisions added through the new law include banning ballot harvesting (collecting ballots to be taken to precincts or election sites), eventually moving toward a paper ballot system, and giving election officials the ability to remove non-residents from local voter rolls.

Adams said the law is a significant step since Kentucky’s election code was written 130 years ago.

“We wrote our election code in 1891, in the horse and buggy era before cars, before electricity in our homes. Our laws were obsolete,” he said. “We’ve got to keep up with reality. People need more than one day to vote. We also needed to upgrade our security and part of that was with the online portal and cure process and keeping voter rolls up to date.”

Another significant part to the law was its bipartisan nature. Adams, a Republican, said other states may get bogged down in parties trying to gain the system and set elections in their favor.

“The trick is to meet in the middle and get Democrats and Republicans in the room together. It means the process is less toxic and voters have more confidence in the system,” he said. “We want to get the public to trust the system so they’ll participate. Otherwise you’re a failed state; you’re a failed democracy.”