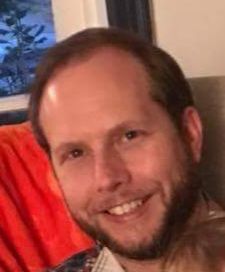 As the COVID-19 pandemic continues its assault on America and the globe, sustained disruptions to individual and collective lifestyles can combine to cause significant mental stress.

Essential workers cope with increasing workloads even as their children face the prospect of virtual instruction in the coming school year, many nonessential workers remain laid off or unemployed with diminishing hope of quickly getting back in the workforce and masks, along with social and business restrictions cause heated personal and political debate as many grapple with the fear of catching a potentially deadly virus.

“What we’re seeing is really an across the board increase in psychological stress and psychological disorders,” said Michael Bordieri, an assistant professor of psychology at Murray State University.

“There’s still such a great deal of uncertainty about what this means.”

Bordieri said during the last serious pandemic to hit the U.S. in the 1920s, the psychological field wasn’t as developed and the mental impacts of the societal changes weren’t as well known.

What also isn’t known is how long the social, economic and medical changes will last. Despite President Donald Trump’s continued insistence that schools reopen in the fall, there’s still uncertainty as to what instruction might look like.

And with some states and localities reinstating business restrictions after a surge followed the initial reopening, economic uncertainty continues to wreak havoc on calm and mental stability.

“Many individuals are feeling that sense of fatigue,” said Bordieri, which he said brings up the question: “Is returning to normal an option? Is there a going back to before this was in our lives?”

“I think that the uncertainty of everything causes a lot of anxiety and can make already underlying depression and substance use worse,” Newman said.

But he said he’s seen a lot of resilience and optimism among people who are determined to ride out the storm.

“People really need hope to grasp onto,” he said.

“This isn’t forever. It’s temporary, even if it lasts longer than people could have imagined.”

Newman urged people to be aware of their triggers or thought patterns that have caused anxiety in the past, and to recall the ways they dealt positively with that stress.

He said despite social distancing recommendations and mandates, people can take advantage of videoconferencing technologies or even meeting outside at a safe distance.

“Social distancing does not equate to social isolation,” he said.

He recommended yoga and exercise as positive methods to deal with stress, and urged anyone worried about their mental health to reach out to a counselor or, if they feel they’re in danger of violence, a domestic violence shelter or law enforcement.

“Reach out for help,” he said.

Bordieri said he expects that, once what had been disruptive changes become more familiar, even routine, people will adapt.

“All of us have adjusted our routine to some extent now,” he said, calling current conditions “a new normal.”

“I think this really becomes a challenge of adapting and learning to live with COVID-19.”