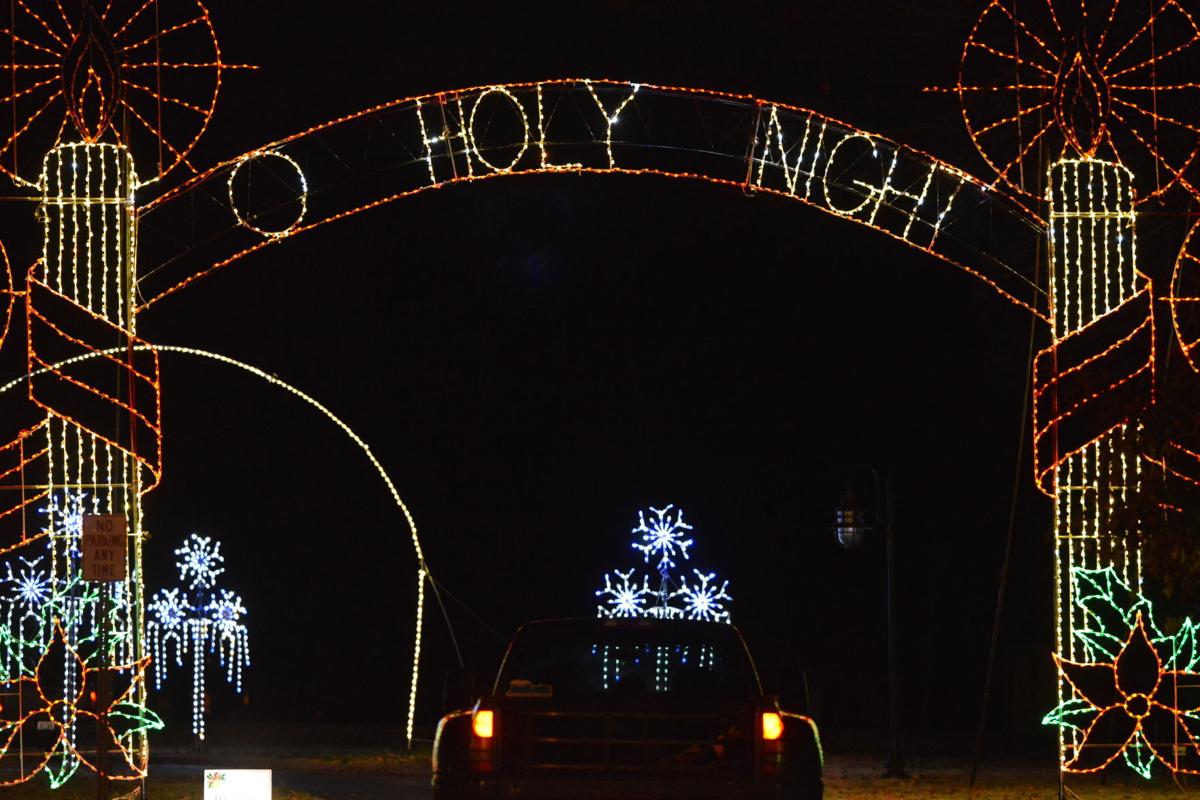 A truck passes underneath a light display Wednesday on opening night of Paducah Power System’s 24th annual Christmas in the Park lights display in Noble Park. 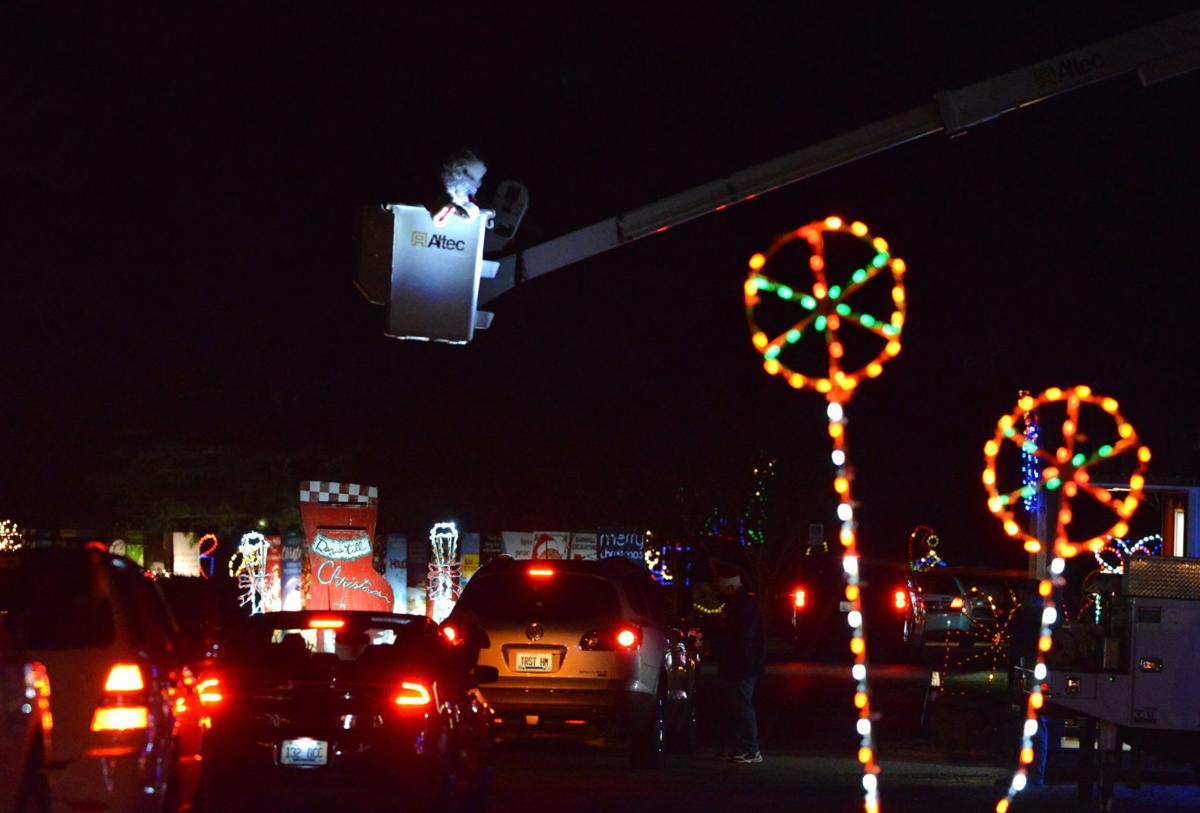 Santa waves to children and adults alike as they go through the Paducah Power System’s 24th annual Christmas in the Park lights display on opening night in Paducah’s Noble Park on Wednesday. Volunteers can be seen below, accepting donations from parkgoers to support local food pantries.

A truck passes underneath a light display Wednesday on opening night of Paducah Power System’s 24th annual Christmas in the Park lights display in Noble Park.

Santa waves to children and adults alike as they go through the Paducah Power System’s 24th annual Christmas in the Park lights display on opening night in Paducah’s Noble Park on Wednesday. Volunteers can be seen below, accepting donations from parkgoers to support local food pantries.

A caravan of eight vehicles carrying Santa, along with Olaf, Elsa, Anna, the Elf on the Shelf and a Gingerbread man, marked the official kickoff of the display, which will run through Dec. 31.

The longtime holiday tradition is being conducted a little differently this year due to concerns surrounding the coronavirus, according to Andrea Underwood, PPS director of human resource and community relations.

However, the goal is the same — to celebrate the holiday season and raise funds to benefit area food pantries.

“I think that, more than ever, people are really appreciating things like this, especially this year, because it is something that can be done safely,” Underwood said.

Christmas in the Park hours are 6-9 p.m. Sunday through Thursday, and 6-10 p.m. Fridays and Saturdays.

Entrance to the park during the event is free, although participants are encouraged to make a canned good or cash donation to support food pantries. All proceeds go to Paducah Cooperative Ministry, Family Service Society, the Salvation Army and St. Vincent de Paul Society.

Local community organization volunteers are helping greet participants and accept donations at the Santa House, as the vehicles make their way through the displays. Due to COVID-19 restrictions, a limited number of volunteers will be on site, and will be wearing masks and gloves to avoid skin-to-skin contact, according to Underwood.

“We do have a concern about how much we’ll be able to collect this year when it comes to canned goods,” she said.

“The School Challenge (where area schools compete to collect the most canned goods) usually brings in half of our canned goods. We’re just not going to be able do that this year, so we’re hoping instead that people really latch on to the idea of monetary donations.

“We’ll still take canned good donations at the park as long as it’s feasible, under whatever health guidelines are issued,” Underwood said. “But we’re doing online donations this year (through the Paducah Power website, paducahpower.com) and we’re really hoping that people, if they have the means, will step up this year and try to help on the monetary side of things to make up for what we won’t be collecting in canned goods.”

Underwood estimates there are approximately a half-million bulbs in Christmas in the Park. This year’s event will include three never-before-seen displays, courtesy of a swap with the city of Clarksville, Tennessee, whose Christmas lights display will include three from Paducah Power.

“There is just something about lights at Christmas,” Underwood said.

“And, I think there is something about routine. Routine is comforting to people, and they’re obviously looking for comfort at this point. There’s just been a lot of sadness and a lot of difficulty this year for many people.

“I think besides joy, it brings them comfort to see things that have been there for a long time to continue to go on.”