FRANKFORT, KY — Starting Monday, all public and private schools in Kentucky are to cease in-person instruction under an executive order from Democratic Gov. Andy Beshear aimed at curbing the ongoing COVID-19 surge across the state.

"The Governor’s school-closure order prohibits religious organizations from educating children consistent with and according to their faith," Cameron said in a statement released Friday. "The ability to provide and receive a private religious education is a core part of the freedoms protected by the First Amendment."

The order does not say that students are not to receive faith-based education. It does however state that all public and private schools are to cease in-person instruction, transitioning to remote or virtual instruction starting Nov. 23. Under the executive order, schools with students in grades six through 12 are to continue learning from home until Jan. 4. Elementary schools will be allowed to return to in-person classes as early as Dec. 7 if their school is not located in a county in the COVID-19 red zone as defined by the Kentucky Department for Public Health and if the schools follow all expectations outlined in the state's Health at School guidance.

"Religiously affiliated schools that follow recommended social-distancing guidelines should be allowed to remain open," Cameron's statement continues. "In August, we issued guidance stating that a closure of religious schools during the pandemic would risk violating the U.S. Constitution and state law.  The Governor dismissed the guidance, and he has now forced us to bring a lawsuit to protect the constitutional rights of Kentuckians."

A motion for a temporary restraining order filed by Danville Christian Academy and Cameron claims the Christian school has "gone to great lengths to safely provide in-person instruction to its families this schools year," with COVID-19 prevention policies it says are "lengthy and comprehensive" and on which the school spent "between $20,000 and $30,000."

According to the motion, those steps include:

In the motion, Cameron also references a decision from a federal judge which overturned Beshear's order barring in-person church services.

In response to the motion, a Beshear spokeswoman pointed to a unanimous decision the Kentucky Supreme Court handed down last week upholding Beshear's authority to issue executive orders related to the COVID-19 pandemic, the Courier Journal reports. The spokeswoman also told the Louisville newspaper Kentucky's 9.15% positivity rate and nearly total red zone status points to the need for distance education, and pointed to the death of 15-year-old Alexa Rose Veit of Ballard County, the first Kentucky student to die because of the virus. 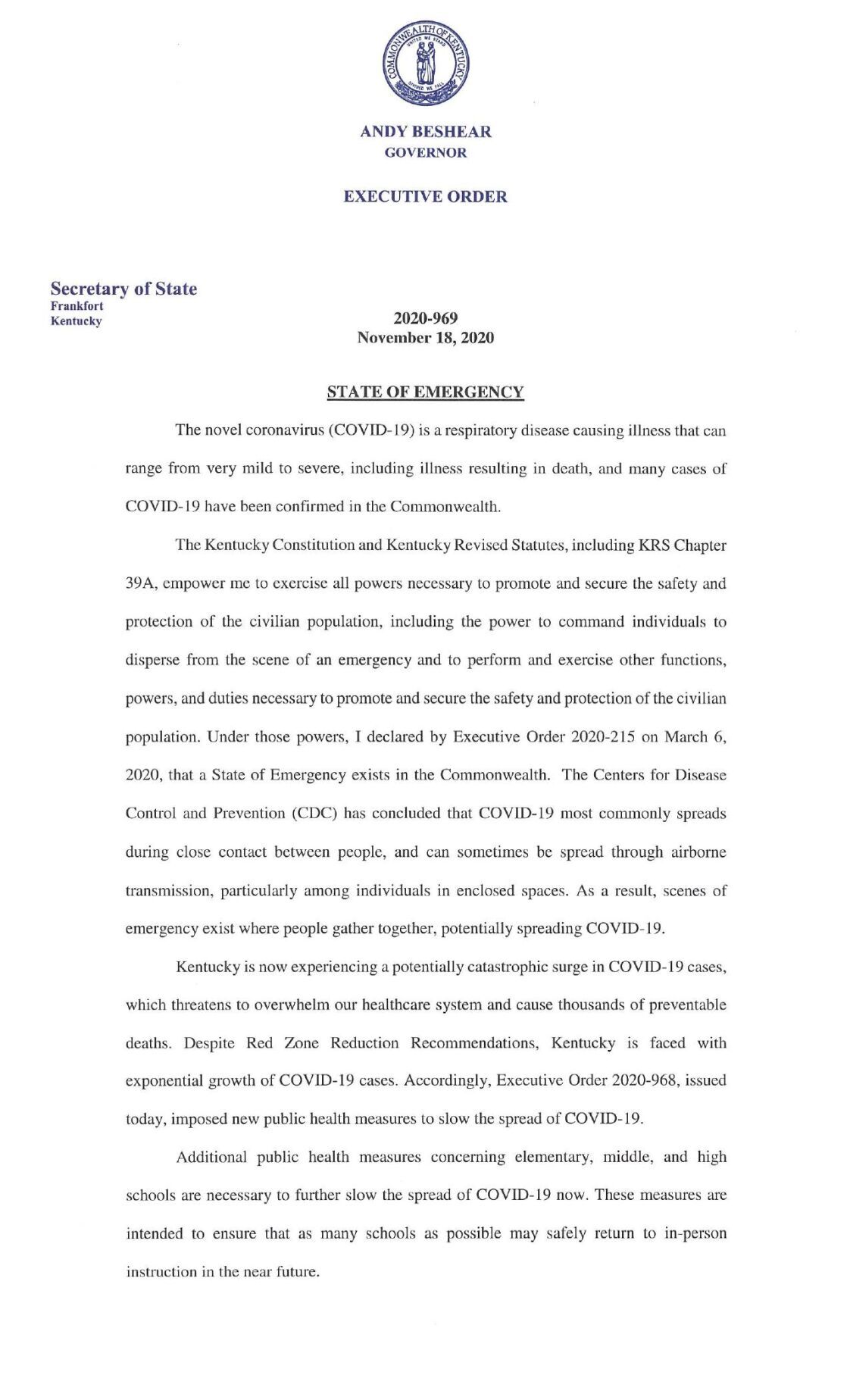 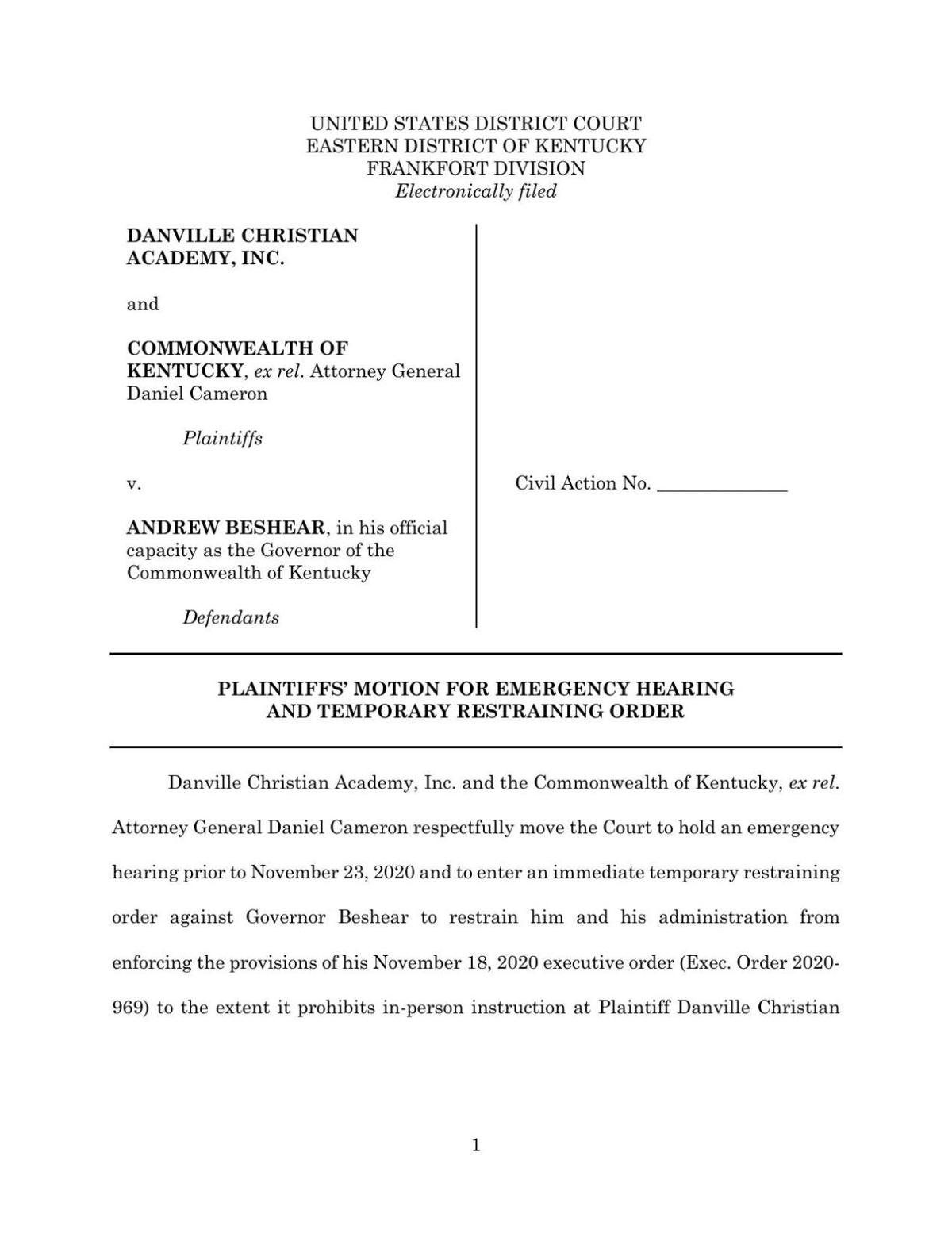