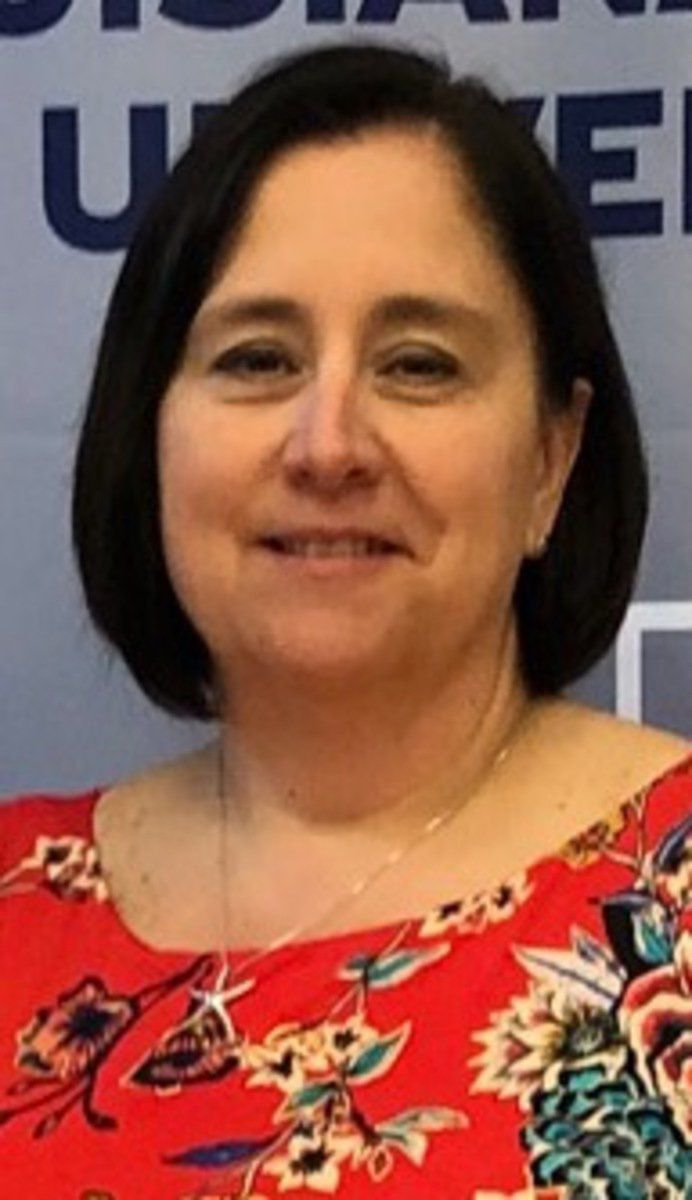 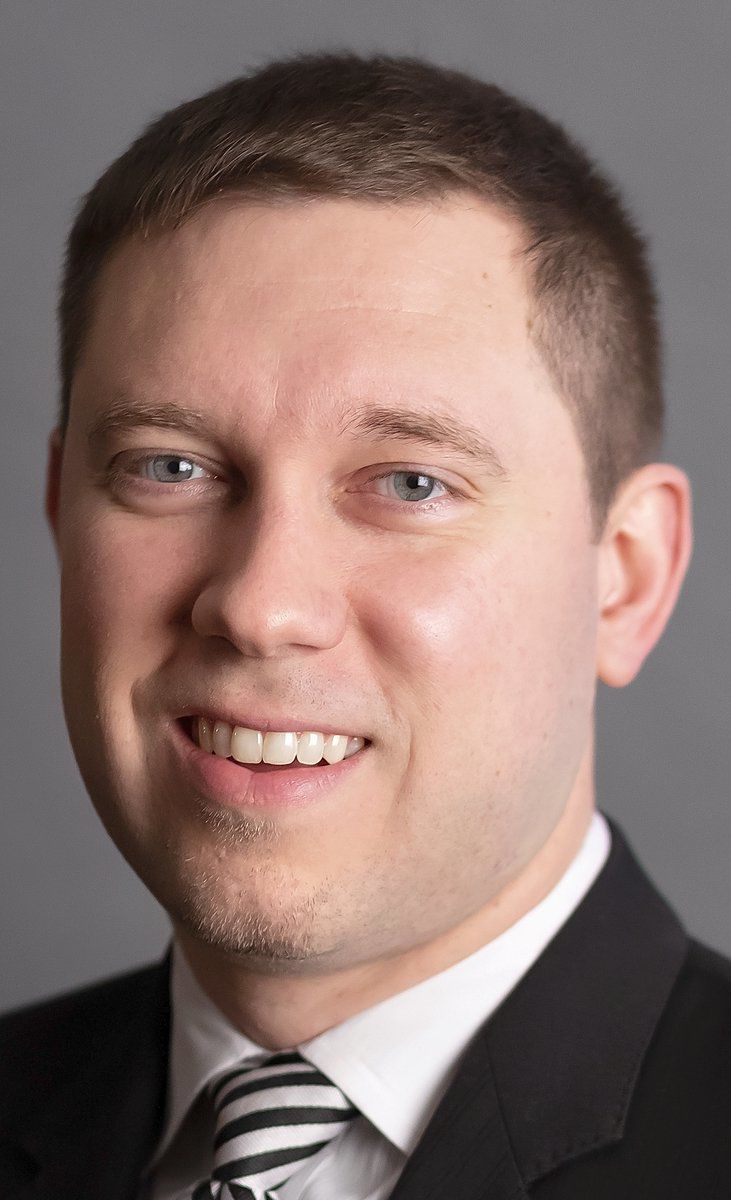 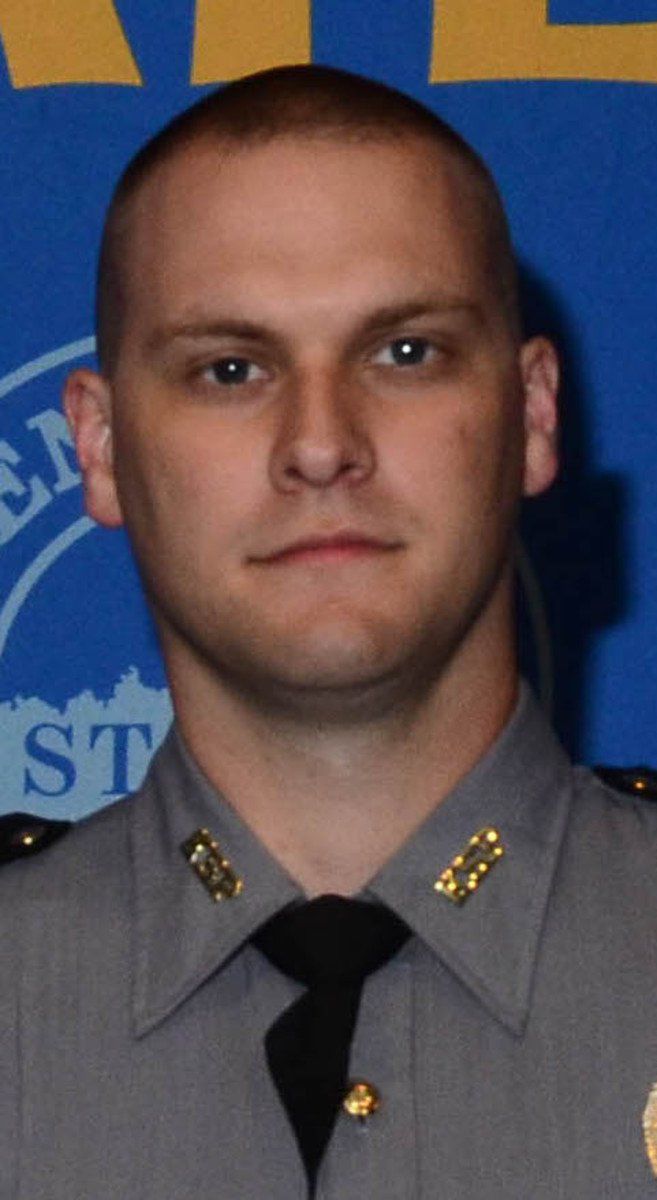 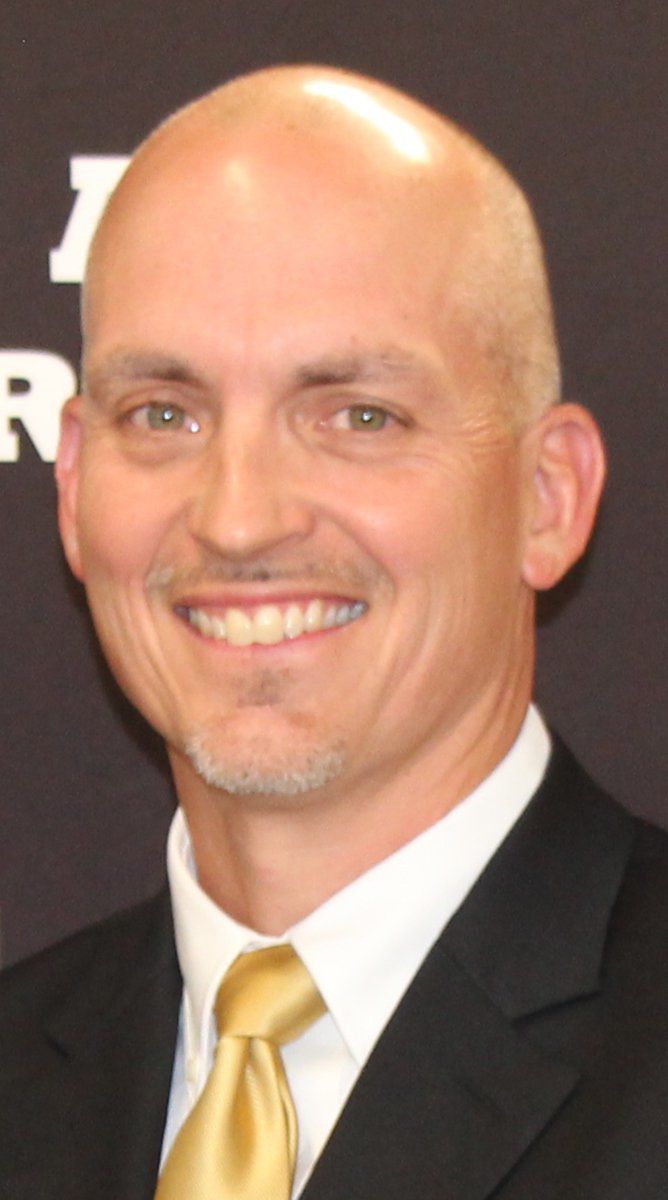 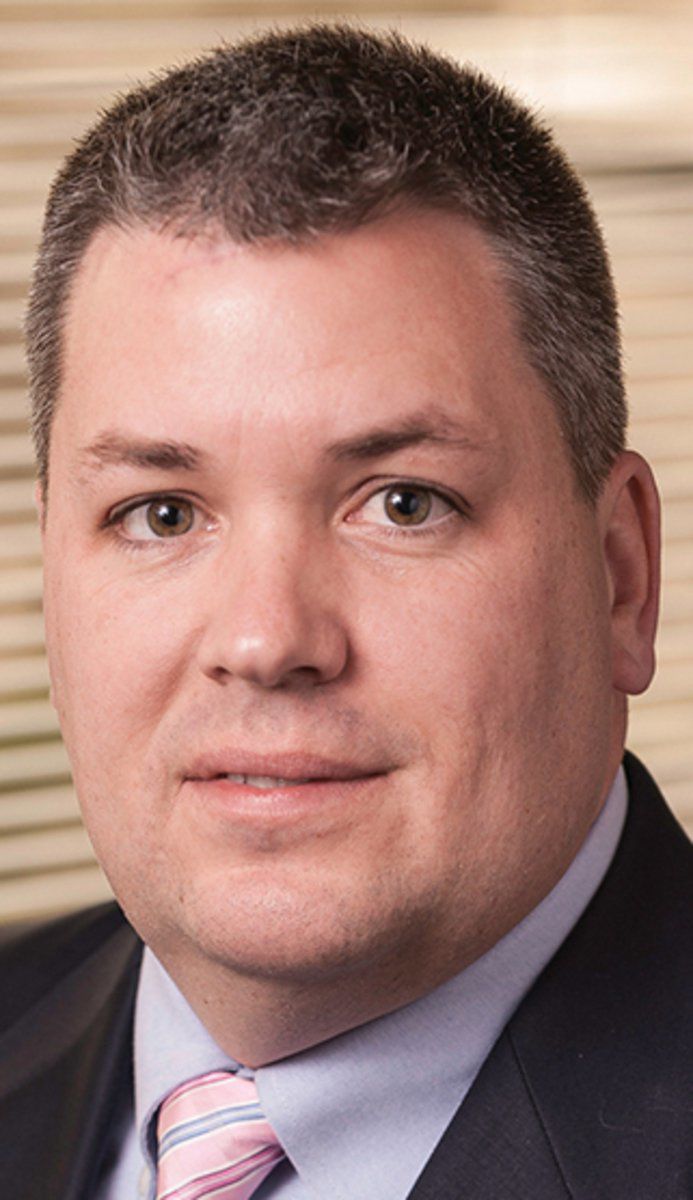 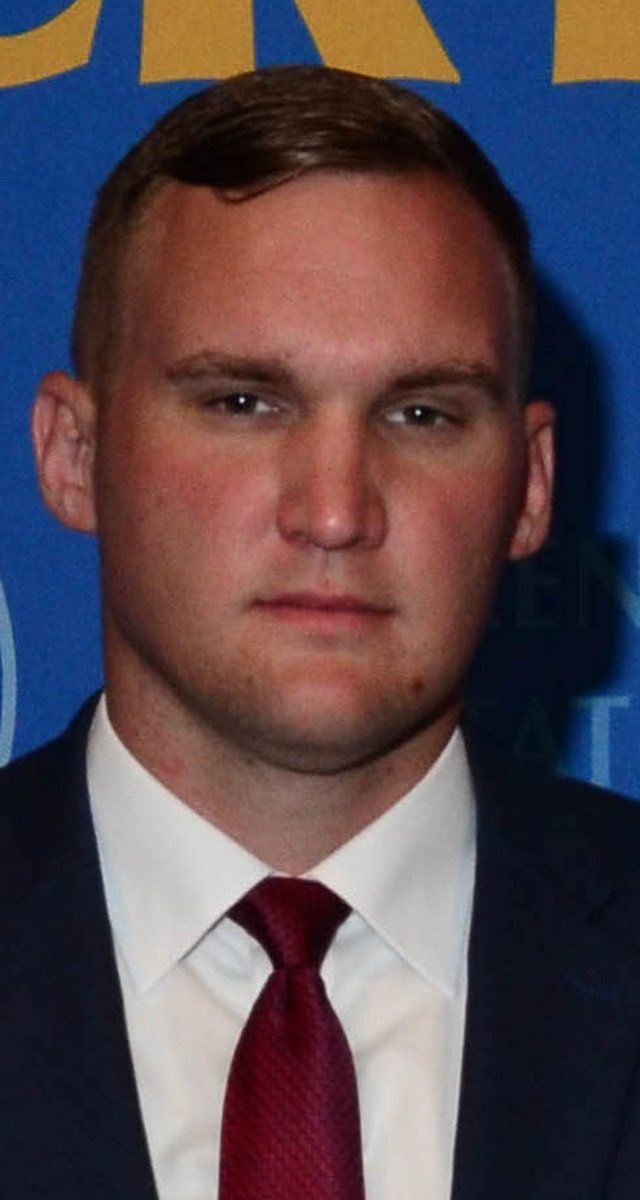 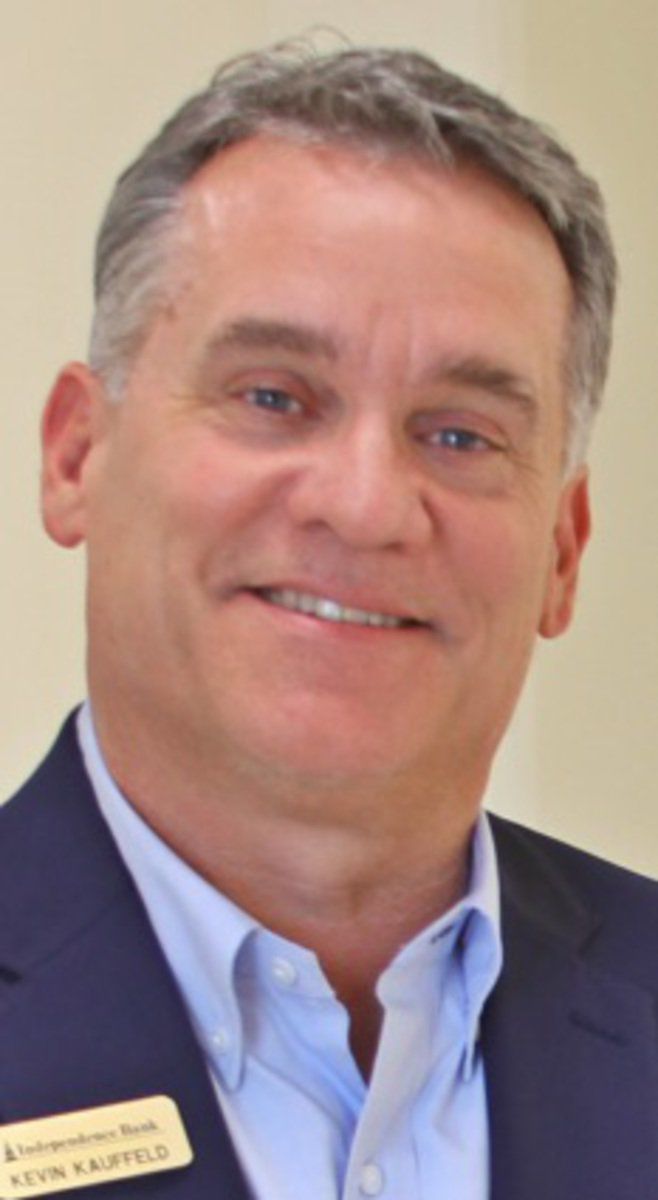 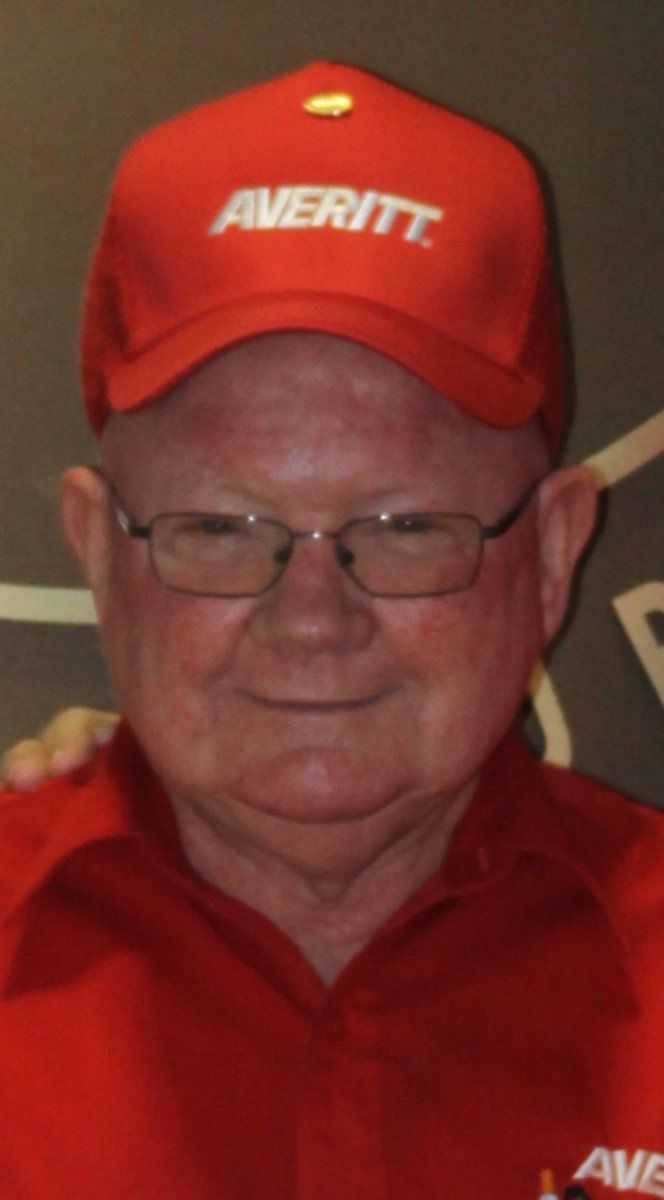 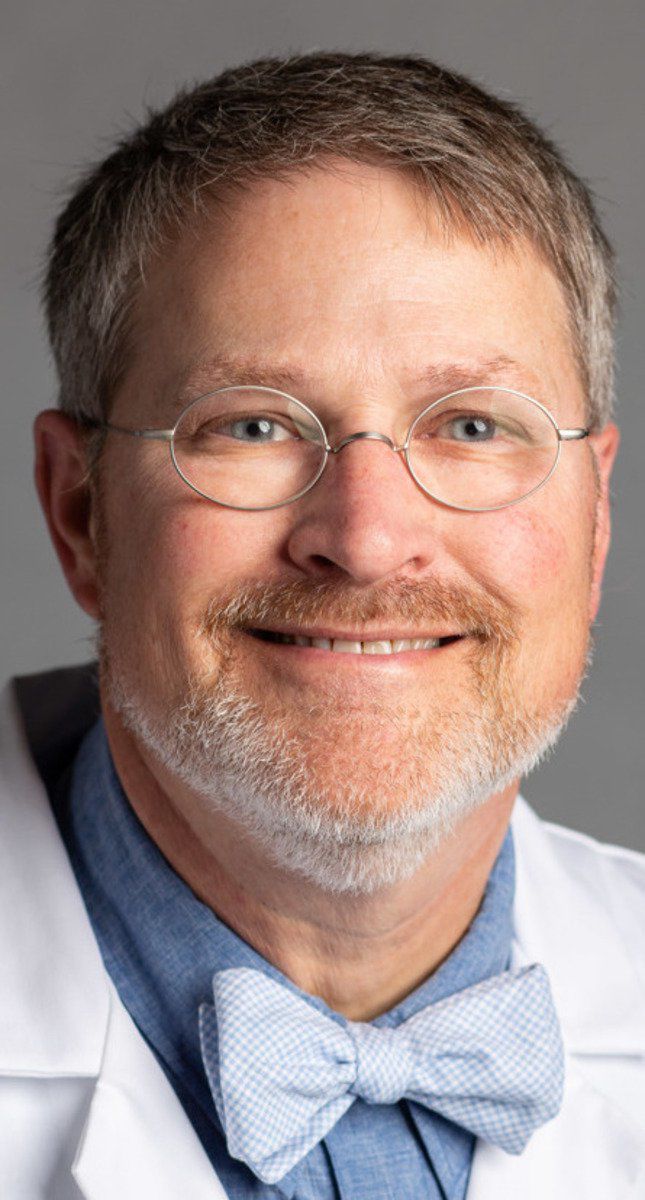 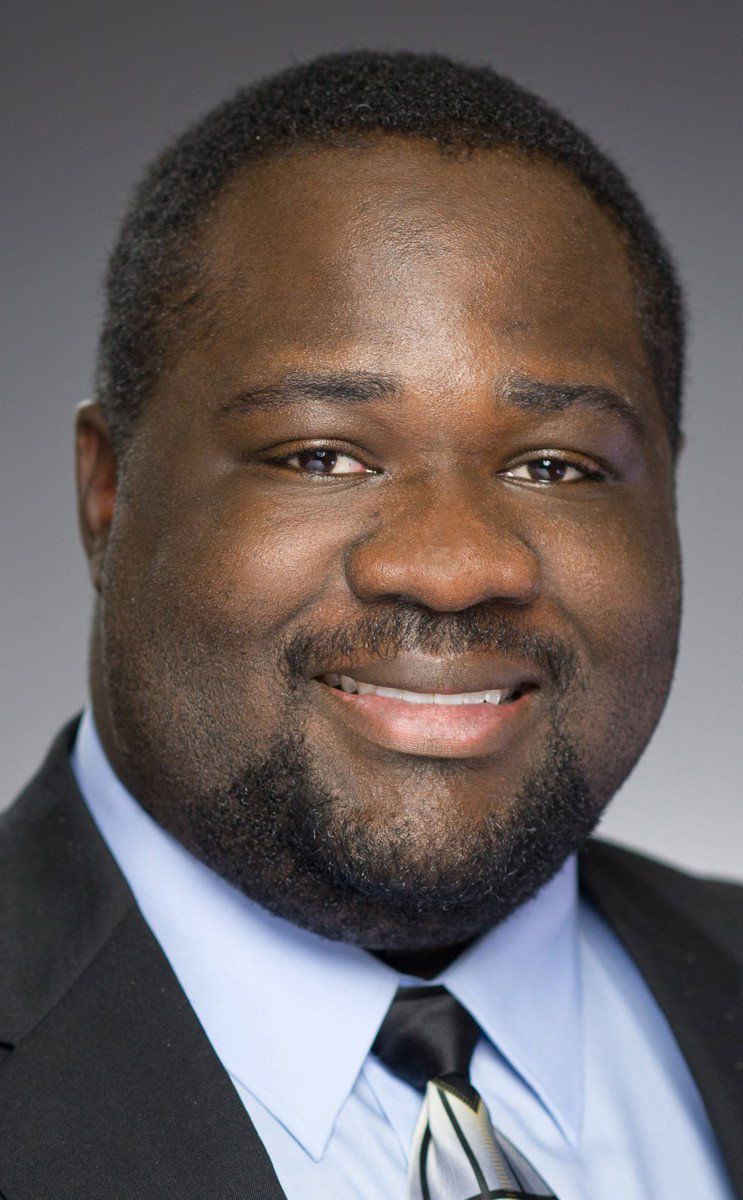 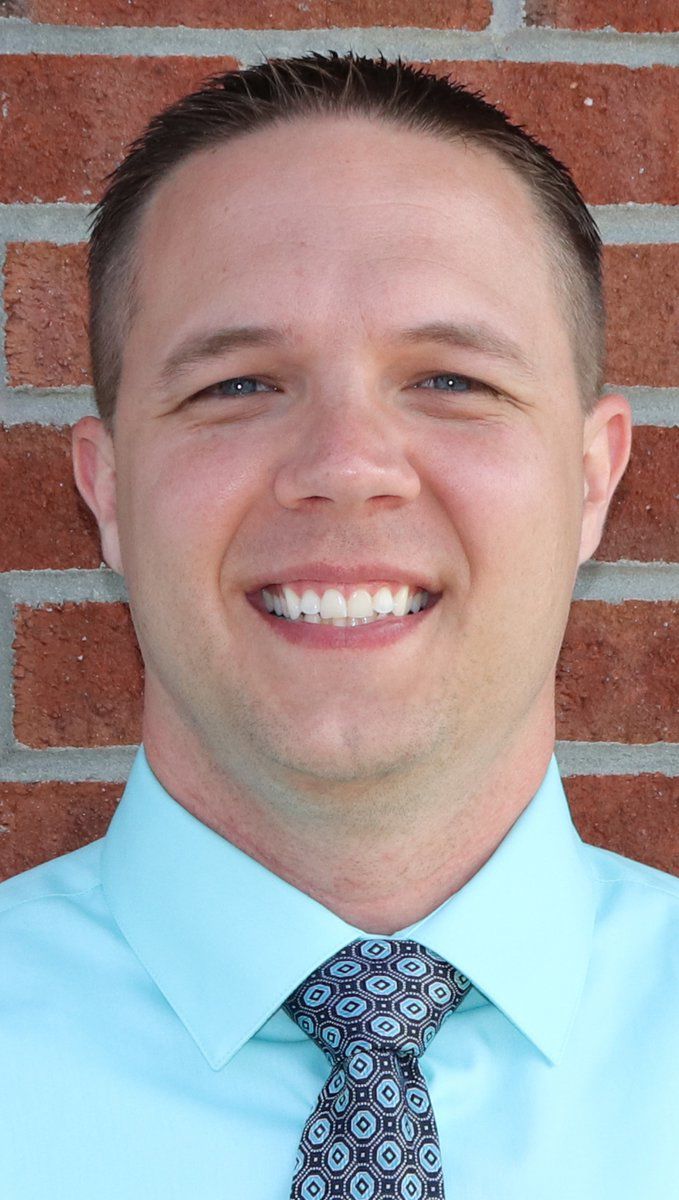 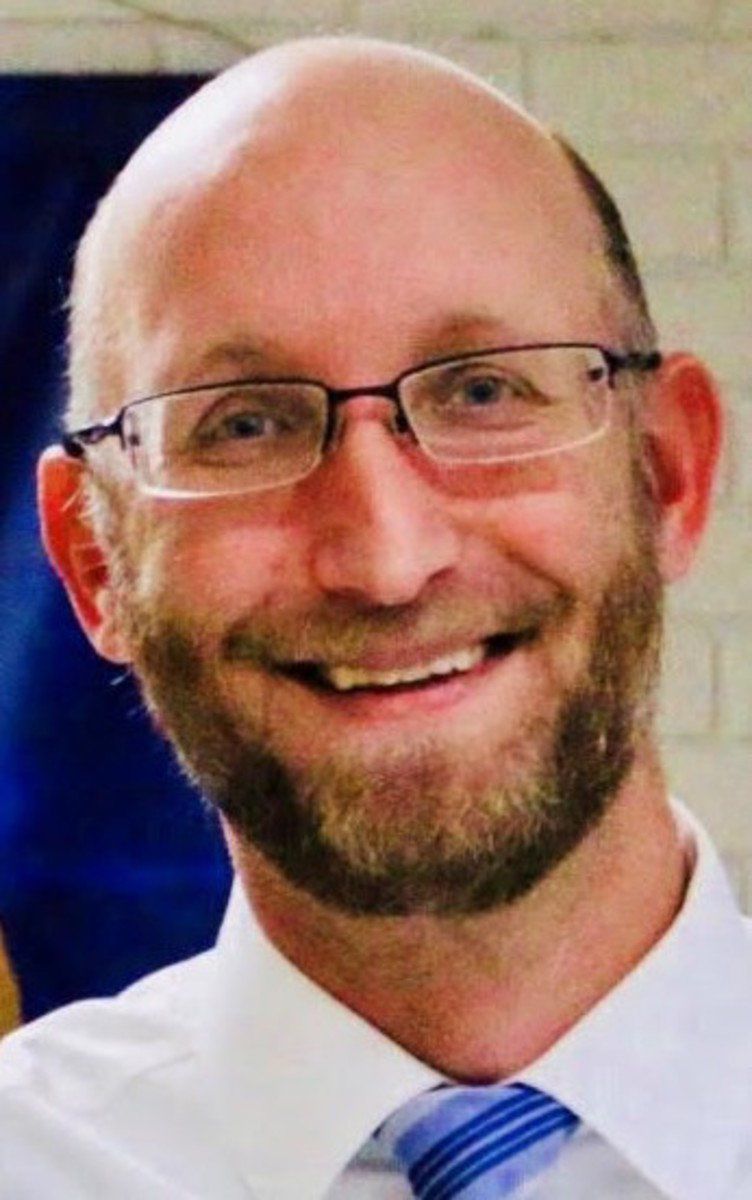 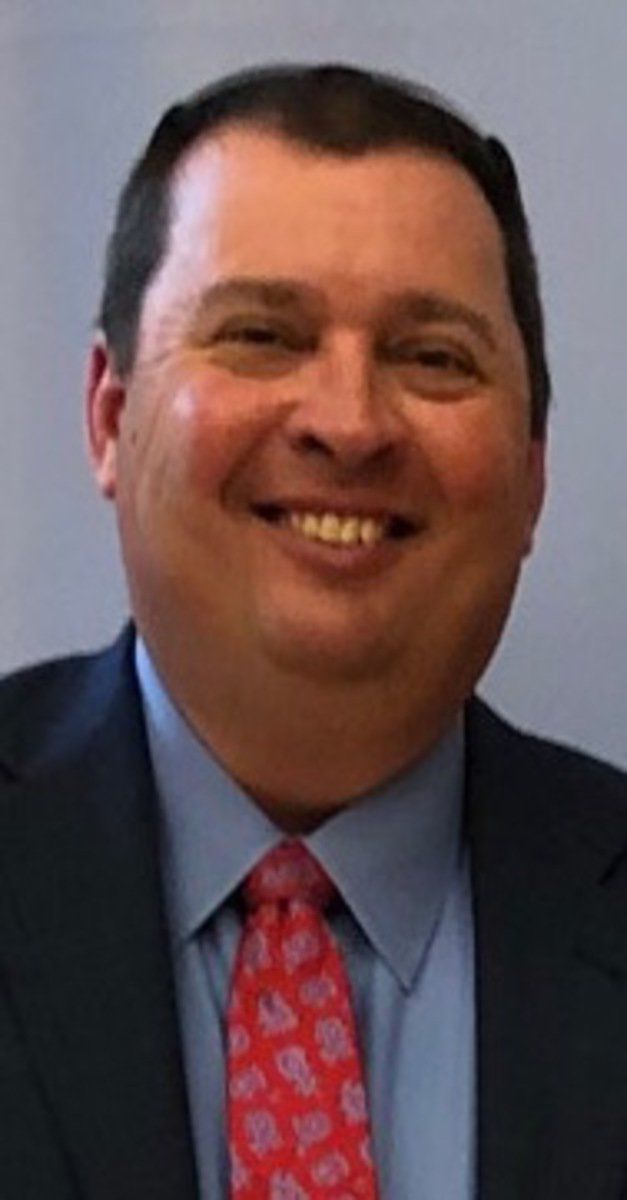 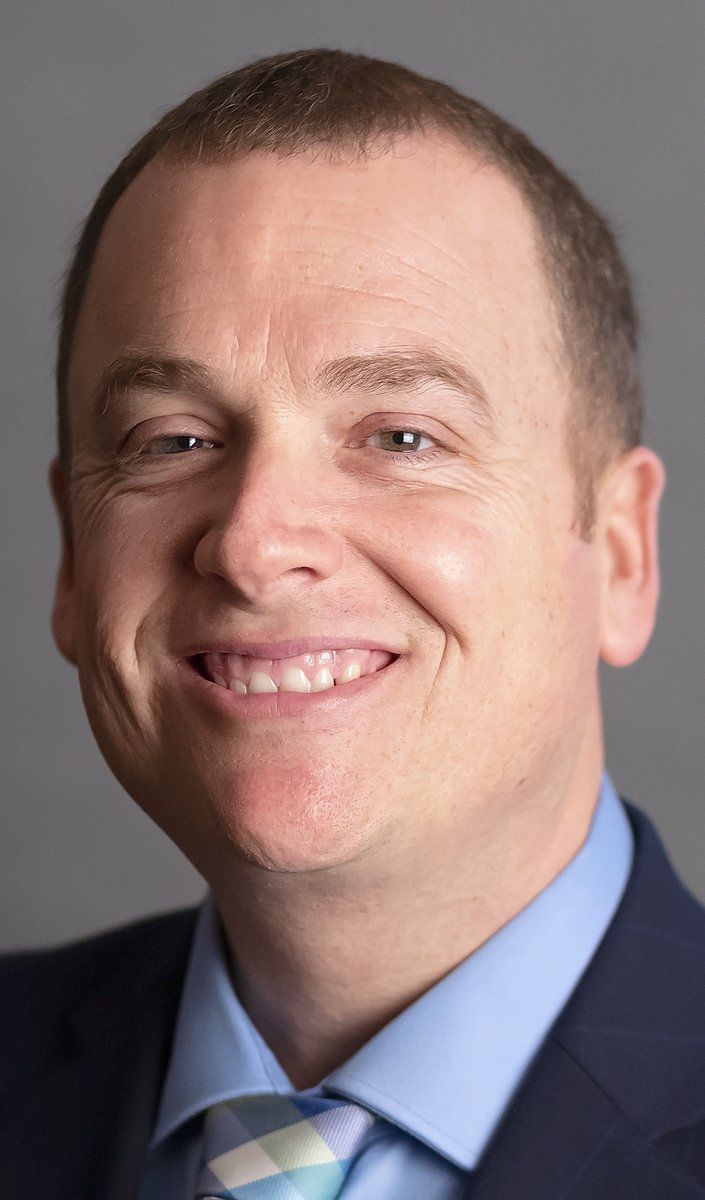 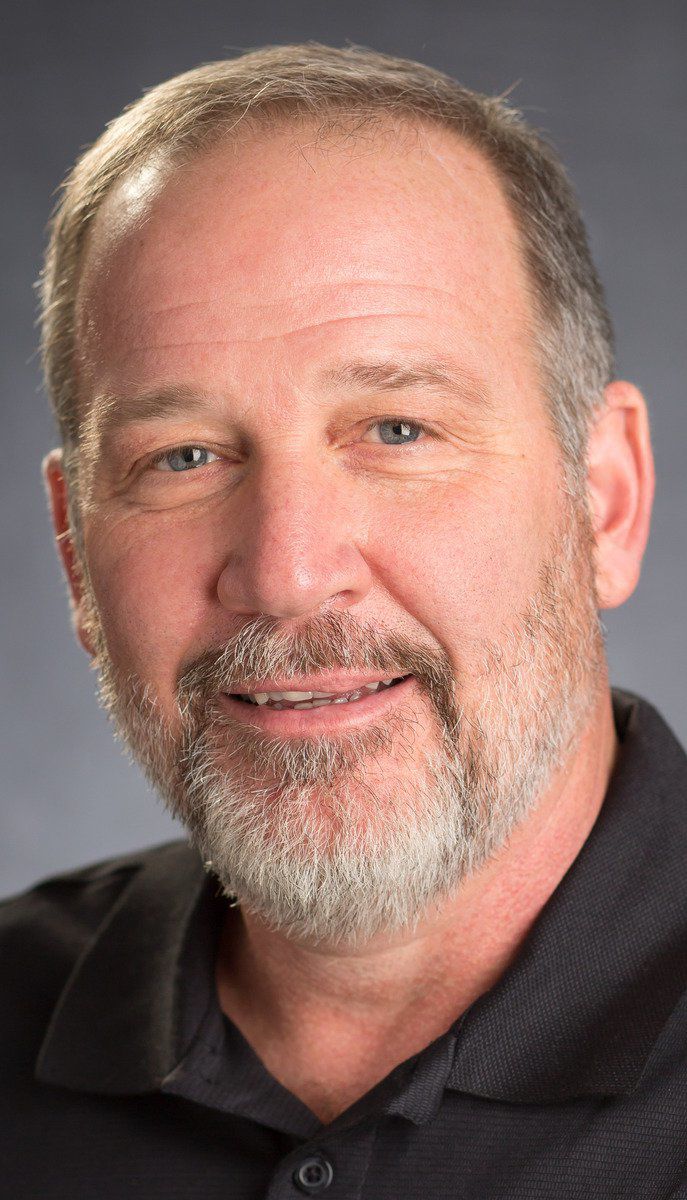 Kurt Guenther has joined Computer Services Inc. as president of its Business Solutions Group, which consists of its managed services, electronic and print delivery services, and regulatory compliance solutions. Guenther has over 25 years of executive leadership and sales experience. He will be involved in developing product strategy, enhancing the customer experience and driving new and cross-sales for CSI's business solutions.

Douglas Shelton, principal of St. Mary middle and high schools, has been selected to participate in the Kentucky Chamber Foundation's Leadership Institute for School Principals by an advisory board made up of business leaders and school superintendents. Shelton, one of 50 selected principals, will begin attending classes this summer at The BB&T Leadership Institute in Greensboro, N.C., in partnership with the Kentucky Chamber Foundation. The BB&T Leadership Institute has customized a program to meet the specific leadership development needs of school administrators. Principals will also attend follow-up sessions in the fall and early next year in Kentucky.

Dr. Carl Nechtman, otolaryngologist, has joined Baptist Health Medical Group Purchase ENT and is accepting patients for ear, nose and throat care. Nechtman earned a medical degree from the Medical College of Georgia. He completed a residency in otolaryngology - head and neck surgery at the University of Louisville, where he served as chief resident. He completed an otology and neuro-otology fellowship in Birmingham, Ala., and received additional training in oculoplastic surgery and plastic and craniofacial surgery. He is board-certified in otolaryngology, a member of the American Medical Association, the American Academy of Otolaryngology - Head and Neck Surgery and the American Board of Otolaryngology, Head and Neck Surgery.

Will Hayden and Stacy Aldridge, senior vice presidents with First Kentucky Bank in Mayfield, were among the 185 bankers recently receiving graduation diplomas from the Graduate School of Banking at Louisiana State University. This three-year program provides courses covering all aspects of banking, economics and related subjects. Students traveled from 21 states and Mexico to participate in this session. Sponsored by 15 southern state bankers associations in cooperation with the Division of Continuing Education at LSU, the banking school requires attendance on campus for three years, with extensive bank study assignments between sessions. The faculty consists of bankers, business and professional leaders, and educators from all parts of the U.S.

Detective Cory Hamby and senior Trooper Adam Jones, of Kentucky State Police Post 1, were recently among troopers and officers recognized for acts of bravery, life-saving, professionalism and dedication to duty in a ceremony held in Lexington. Hamby was named Post-Level Detective of the Year. He is an eight-year veteran of KSP, assigned to the detective squad. Jones was named Post-Level Trooper of the Year. He is a four-year KSP veteran, assigned to the western squad.

Chris Rawls has joined FNB Bank as a marketing strategist. He has 13 years of experience as a marketing director. Rawls is a 2006 graduate of Murray State University, where he earned a bachelor's degree in marketing and a minor in computer informational systems.

Brent Buchanan has been named director of districtwide programs for McCracken County Schools. Buchanan began his teaching and coaching career at Lone Oak and Reidland middle schools in 1991. He taught math and coached basketball, football and golf. He left the education field to pursue a career in management and insurance sales for six years. In 2001, he became a U.S. history teacher and basketball coach at Livingston Central High School before coming back to McCracken County Schools in 2005. Buchanan taught world civilization at Heath Middle School for two years and from 2007-11 he was an assistant principal and interim principal at Lone Oak Elementary School. He has spent the last eight years as principal of Lone Oak Middle School. He has a bachelor's degree in elementary education from Bethel College, and a master's degree in school administration from Murray State University. The director of districtwide programs is responsible for coordination and leadership in the administration of budgets, services and activities pertaining to the district's federal and state instructional grants including Title III, Title IV, Flexible Focus Funds as well as Family Resource Youth Service Centers.

Everett Bloodworth, laboratory manager at Marshall County Hospital, will receive the American Medical Technologists' Order of the Golden Microscope award at its annual meeting in Chicago July 2. The OGM is the organization's highest honor given to a medical technologist/medical laboratory technician with long-standing AMT service. Bloodworth was certified as a medical technician in 1970. He served in various leadership roles on the state and national level, including Kentucky state president from 1995-2000 and president of AMT from 2015-17. He was also awarded the Virginia Dusty Rhodes LIFE Award in 2010 and the AMT Technologist of the Year Award in 2010. He earned his medical laboratory technician training at Mid-State Technical Academy in Nashville, Tenn., in 1969, and his bachelor of science from Murray State University in 1980. American Medical Technologists is a nationally and internationally recognized certification agency for allied health professionals.

Independence Bank has named Kevin Kauffeld as the new face of leadership for McCracken County as the next president for the market. Kauffeld most recently served as chancellor and director of stewardship with the Owensboro Diocese. Current President Danny Evitts will work closely with Kauffeld during his transition, and take on the role as the chairman of the McCracken County Community Board of Directors. A native of Owensboro, Kauffeld attended Brescia University, where he graduated with a bachelor's degree in business and a master's degree in management. He spent almost 16 years serving the Roman Catholic Diocese of Owensboro, with the last nine years as chancellor and chief administrative officer before joining Independence Bank.

Paducah native Wayne Roberts has been named a vice president of GRW, one of the largest engineering, architecture and geospatial consulting firms based in Kentucky. Roberts is an electrical engineer with more than 20 years of experience, all with GRW. He's a registered professional engineer in Kentucky, Ohio, West Virginia, Alabama, Pennsylvania, Kansas, Florida, Arizona and Washington. Roberts graduated from Reidland High School and attended Paducah Community College (now West Kentucky Community and Technical College) before beginning his studies at the University of Kentucky, where he earned his bachelor's degree in electrical engineering. His areas of expertise include the design of electrical power distribution, water and wastewater systems instrumentation, lighting, communication systems, control systems and lightning protection systems, among other items. He works with a wide range of GRW's municipal, state, federal and industrial clients, having completed projects for the commonwealth of Kentucky, Federal Bureau of Prisons, the National Guard, Indiana American Water, Kentucky American Water and Louisville MSD, as well as LG&E and KU Services Company.

Tim Stark, vice president, marketing director for The Murray Bank, has been named one of the Independent Community Bankers of America's 40 Under 40, by Independent Banker, the organization's flagship publication. The nomination-based award recognizes up-and-coming community bankers who demonstrate exceptional potential in leadership, innovation and community work. Winners will be featured in the June 2019 issue of Independent Banker, which will be showcased on the publication's website and accessible via the digital issue of the magazine.

The Society for Human Resource Management (SHRM) recently awarded the Four Rivers SHRM chapter its 2018 Silver EXCEL Award for the chapter's accomplishments in 2018. The EXCEL award aligns individual chapters' and state councils' activities with SHRM's aspirations for the HR profession. It recognizes major accomplishments, strategic activities and tactical initiatives that elevate the profession of human resources. The EXCEL Award can be earned at four levels: bronze, silver, gold and platinum. Each level has a prescribed set of requirements and accomplishments that must be met. Four Rivers SHRM will receive recognition in SHRM publications and at conferences, a logo to display on its website, and information to share with its members about the significance of this award. In 2018, Four Rivers SHRM reached several milestones, including: reinvigorating the sponsorship program, hosting a successful Professional Development Conference with over 100 professionals in attendance from various industries within our community, and receiving the 2018 SHRM Affiliate Program of Excellence (SHAPE) award.

Averitt Express recently recognized associate Guy Sutton, of South Fulton, Tenn., for 20 years of service to the company. Sutton joins the more than 1,100 active Averitt associates who are members of the Over 20 team, associates who have served 20 or more years.