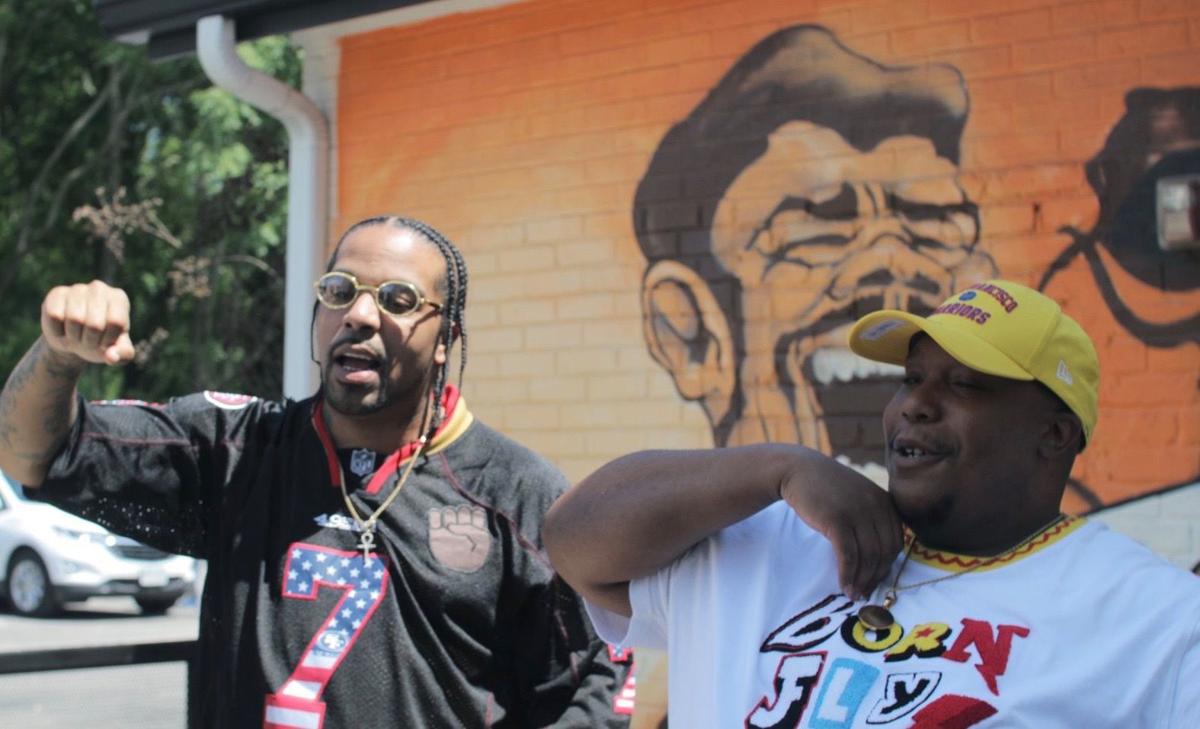 Paducah native Damon Duffy (right) — who raps under the name Hoody — poses with Lil’ Flip, a Houston hip-hop legend and platinum recording artist, during the filming of a music video for “Boss Moves,” the western Kentucky artist’s new single featuring the Texas rapper. 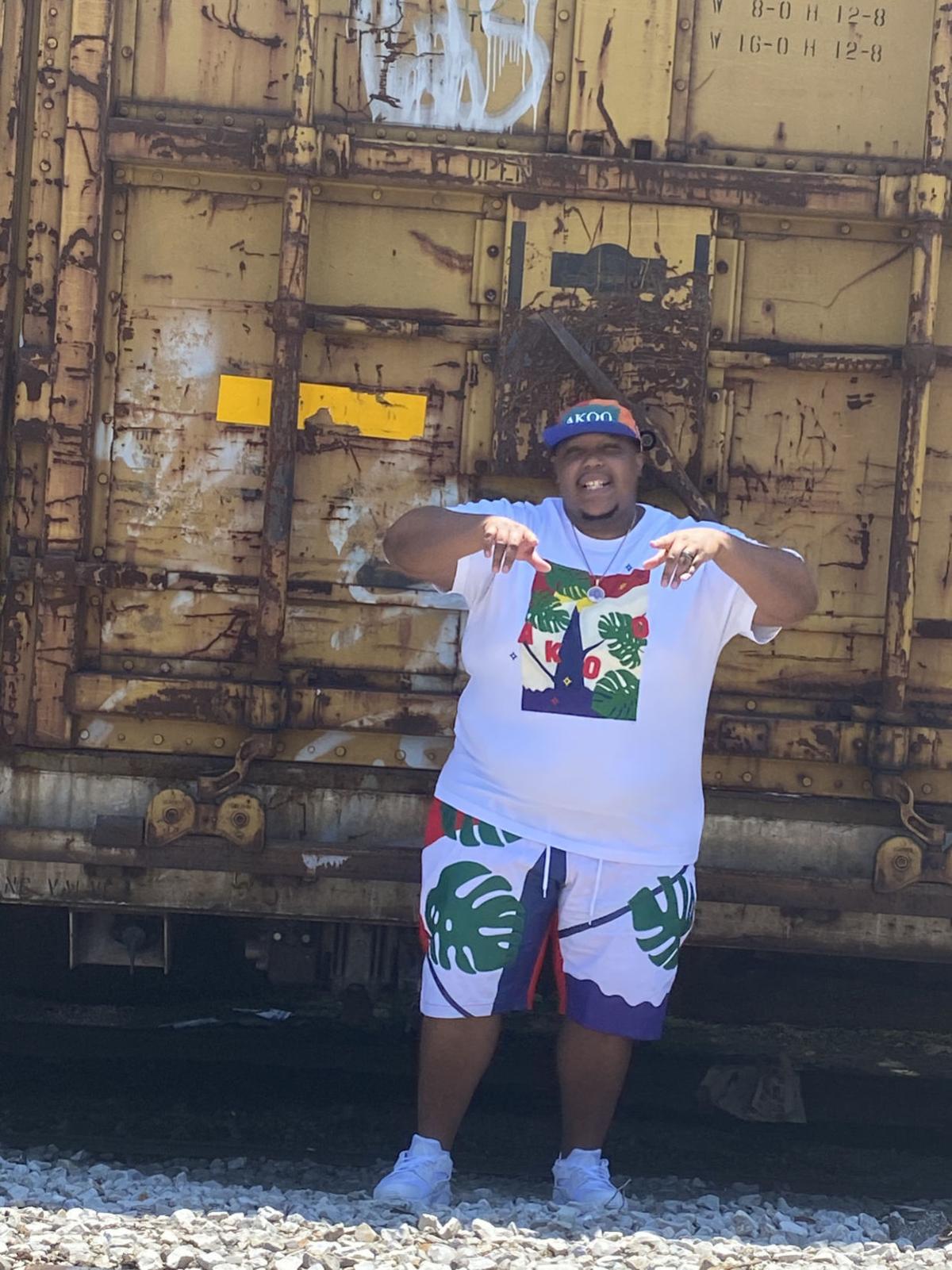 Paducah native Damon Duffy — who raps under the name Hoody — independently released his first album, “By Bread Alone,” in 2019 and hopes to put out a new EP later this year on the strength of “Boss Moves,” his new single with Houston rapper Lil’ Flip, which was released Friday.

Paducah native Damon Duffy (right) — who raps under the name Hoody — poses with Lil’ Flip, a Houston hip-hop legend and platinum recording artist, during the filming of a music video for “Boss Moves,” the western Kentucky artist’s new single featuring the Texas rapper.

Paducah native Damon Duffy — who raps under the name Hoody — independently released his first album, “By Bread Alone,” in 2019 and hopes to put out a new EP later this year on the strength of “Boss Moves,” his new single with Houston rapper Lil’ Flip, which was released Friday.

A music lover all his life, Paducah native Damon Duffy — who goes by the artist name Hoody — is trying to author his own chapter and verse in rap history.

Though the 31-year-old currently currently calls Nashville home, he says he’ll always be a Kentuckian.

“I’m back and forth a lot, and I bring Kentucky with me everywhere I go,” Duffy told The Sun. “Whenever I can I’m going to make sure they know it’s where I’m from.

“I’m just trying to put my stamp in the world for our city and out state.”

Duffy’s music pays tribute to more than just his rap inspirations — which include Southern rap stalwarts like Nelly, Ludacris, OutKast and Lil Wayne. It also shows the influence Duffy’s father has had on his life.

“He DJed for some of the older clubs and things, just going around. My dad did a lot with music and he also owned a music store … and he had a little AM radio station he would run out of there,” the rapper said. “I’ve been around music my whole life, man.”

His father’s music taste, in turn, shaped his and added the flavor and melody of classic soul — the Isley Brothers, Marvin Gaye — to the eclectic mix.

“I’m influenced by any music that has a good melody behind it. You might catch me listening to some rock music — Aerosmith is one of my favorite bands — or you may find me listening to a good country tune,” the Paducah Tilghman graduate said. “When I was 16, I worked at Arby’s so I knew all the country music.

That’s the same tack Hoody has taken with his music, weaving melody’s over trap and Southern rap beats for his first album, 2019’s independently released “By Bread Alone.”

“I’ve been rapping since I was in high school, but I didn’t start to take it seriously … until around four years ago,” he explained. “I started to put a couple things on iTunes and people were actually checking for them and going to get ‘em so I thought, ‘Man, I could start to take this a little more seriously.’ ”

Once Duffy recouped his recording costs, he started plotting his next move — recording “Boss Moves,” a single featuring platinum-selling rapper and Houston hip-hop legend Lil’ Flip that the pair recorded and shot a video for in May.

“I wanted to do a little more in the industry to see how far I could take this push,” Duffy said. “Lil Flip is a platinum rapper, he’s a big artist, you know. Not only did he do the song with me, he came down to Nashville and shot a music video with me. It was really cool working with him.”

The single dropped Friday and is currently available on all major streaming services — along with Duffy’s other releases as Hoody — with a music video planned to drop this week.

With the entertainment world largely shut down due to COVID-19, Duffy plans to use the shutdown to reach new audiences via promotion — he works as a content creator for One Hundred Magazine — and to gear up for another release.

“I plan on pumping out more music and with quarantine going on I’m probably going to spend a lot of time marketing and pushing this new single just to draw attention. I do already have other songs with features in the pipeline and I plan on maybe towards the end of the year maybe dropping an EP with (all of those on it).”

While the Bluegrass State has never been at the center of hip-hop — with out-of-state success mostly limited to artists like Nappy Roots and, more recently, Louisville’s Bryson Tiller and Jack Harlowe — Duffy is hoping that it’s all just a waiting game now.

“We don’t have a strong rap background in Kentucky so I think it’s in everybody’s brains that everybody’s just going to be local and nobody’s going to bust through that glass ceiling,” he said. “To me it’s just a matter of time before I’m the same way as (all of them).”