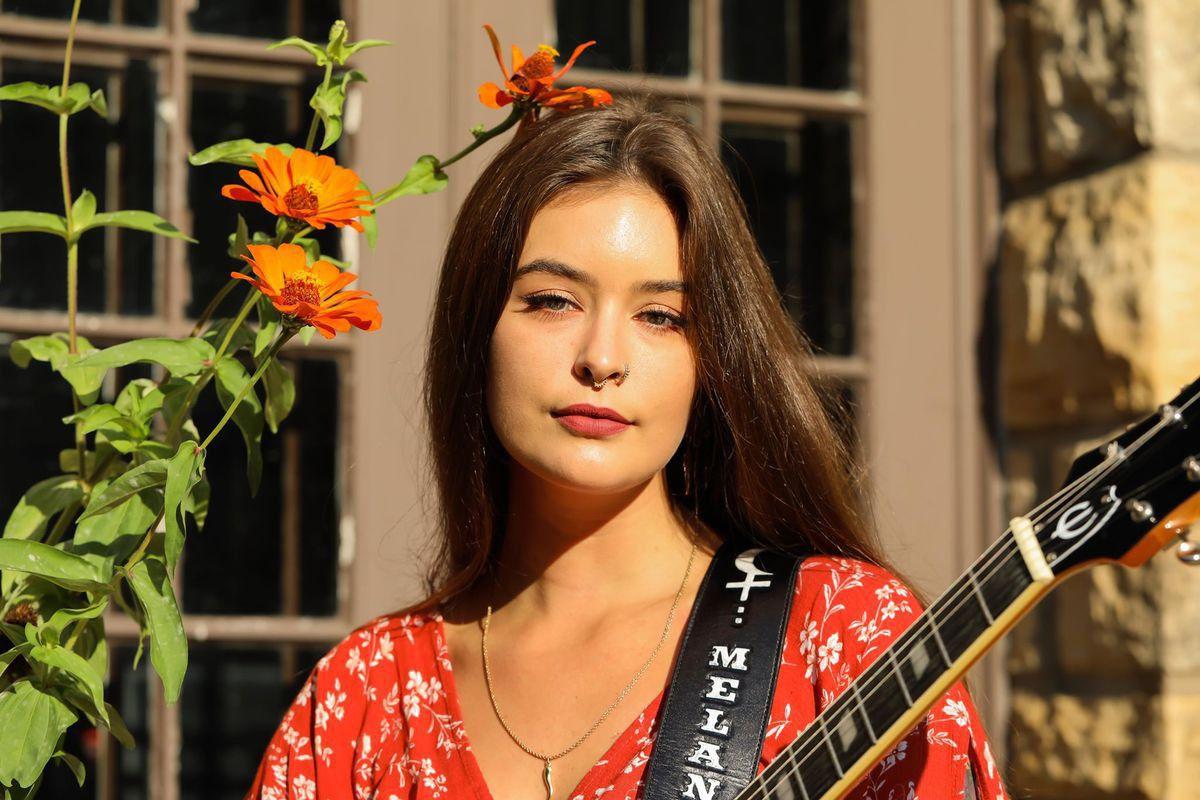 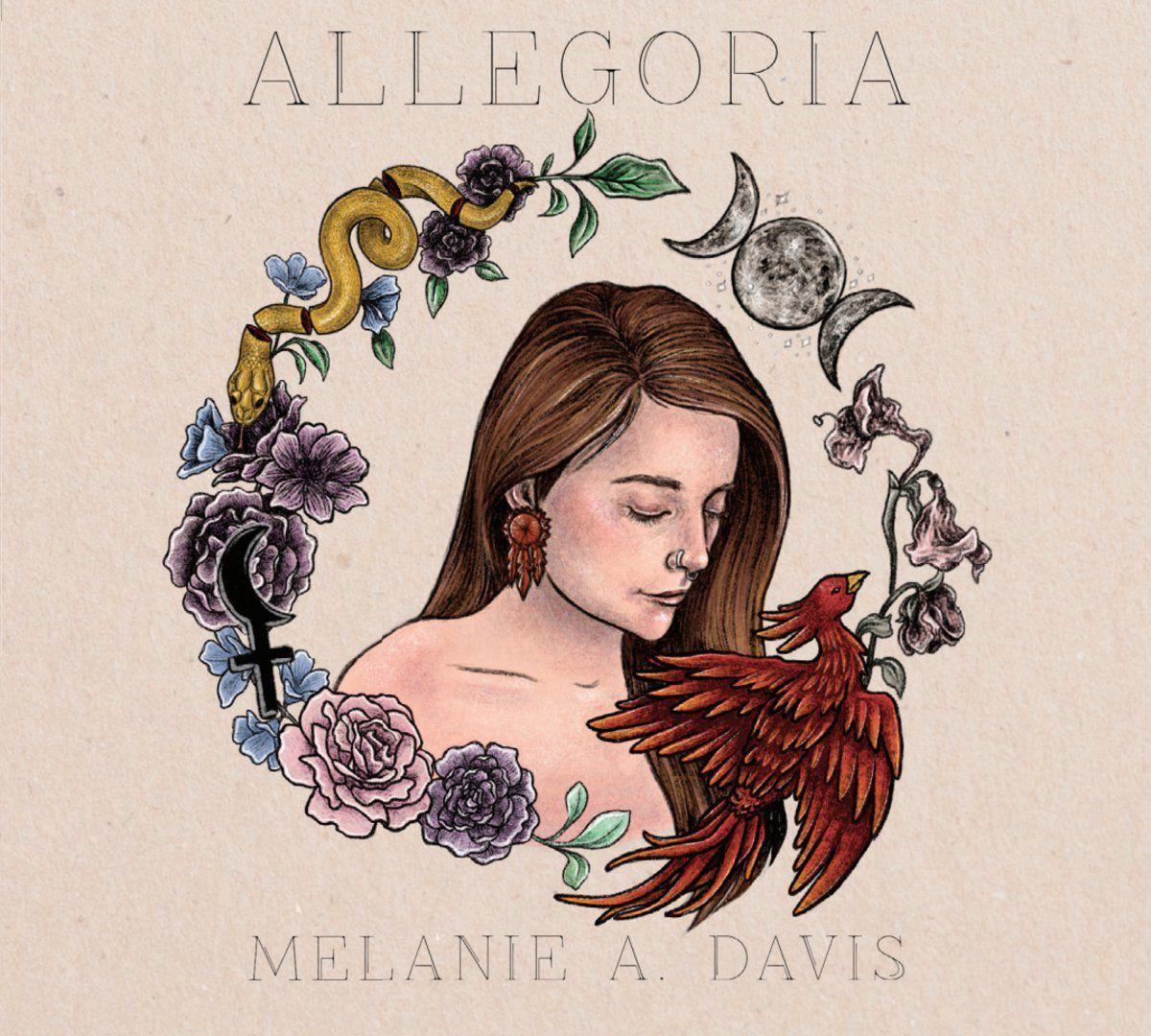 "Allegoria" -- a new record from Murray-based singer-songwriter Melanie A. Davis -- will be released Friday. Album release shows will follow in the evening at Terrapin Station in Murray and Saturday at Dry Ground Brewing Company in Paducah.

"Allegoria" -- a new record from Murray-based singer-songwriter Melanie A. Davis -- will be released Friday. Album release shows will follow in the evening at Terrapin Station in Murray and Saturday at Dry Ground Brewing Company in Paducah.

There's a lot going on beneath the folky dreaminess of "Allegoria" -- a new album from Murray-based singer-songwriter Melanie A. Davis.

"Allegoria," as its title suggests, is a concept album at its heart, drawing on Pink Floyd, Davis' favorite band.

"It's something that I've been wanting to do for a while but the actual content for the record -- you know, a lot of it is political -- I was thinking of when to release it, and it seemed fitting to release it the year of the next presidential election," Davis explained. "Now we're facing a sort of similar situation to 2016. That's a little scary and we don't know what's going to happen.

"2020 seems like the best time to release all of these songs that are born from that feeling."

The 24-year-old draws inspiration from the likes of '60s folk revival artists like Joan Baez and Joni Mitchell while maintaining a love for contemporary artists such as Lana Del Rey and a healthy sprinkling of classic rock.

Davis' voice floats atop wandering, crystal clear, jazzy guitar as she waxes philosophically and politically across the 11-track album, wondering aloud about "Orwellian nightmares gilded in gold," and "watching the stars wake up and blink slow and plain."

The album was recorded mostly at Welcome To 1979 in Nashville, Tennessee, with the engineering work of Kate Haldrop and Nick Byrd, with the opening track having been laid down at Shelby Preklas' Loud and Clear Studio in Paducah. Aside from Davis, three other performers played big roles on the record: Kayla Little and Stephanie Ray, who often share the stage with Davis as part of the Black Eyed Susans, and Fate McAfee, a frequent collaborator of Davis'. Local artist Lexie Watson illustrated the album's cover.

While Davis knows that the political nature of the album could ruffle some feathers, she isn't looking to offend as much as she is trying to tell stories the way she sees the world.

"I've been playing some of them for four and five years now, and I still get kind of nervous just because I know they can be polarizing," Davis added. "As passionate as I feel about these songs and the thoughts behind them, I don't want them to be seen as an attack on people who don't feel the same way I do."

"On this record, I adopt the perspective of the first lady in one track and the president on another -- along with songs rooted in the viewpoint of Sophie Scholl and a character from Antoine de Saint-Exupéry's 'The Little Prince,'" she said. "There are tracks on this album that come from me looking at myself, but there are lot more now where I'm observing other people and trying to look at things through their eyes, even if I don't agree with them."

Now with this album and 2018's self-recorded "Melancholia," Davis hopes that this record moves her career as a recording artist in the right direction.

"My ultimate hope would be to get picked up by a label that could facilitate more of the things that I'm already trying to do on a small scale right now, like recording and releasing music, as well as touring."

Davis will take the stage at the two local release shows with a full band at 8 p.m. Friday at Terrapin Station in Murray and 8 p.m. Saturday at Dry Ground Brewing Company in Paducah.

Anyone interested in purchasing the album will be able to do so locally in Paducah at Bricolage and Pipers Tea & Coffee and at Terrapin Station in Murray, or wherever Davis plays live. It also will be available to stream on Apple Music, Bandcamp, Pandora and Spotify.

For more information on Davis or to see more tour dates, visit www.melanieadavis.com.